Yunus Brothers Group (YBG) is leading the way in Pakistan in terms of boosting the country’s trade and diversifying its economy.  With a turnover of U$1.6 billion as of June 2015, YBG has steadily expanded its operations and exports over a number of years. Group Director and CEO of YBG’s flagship company Lucky Cement Limited, Muhammad Ali Tabba says that increasing foreign trade is vital for the future of Pakistan 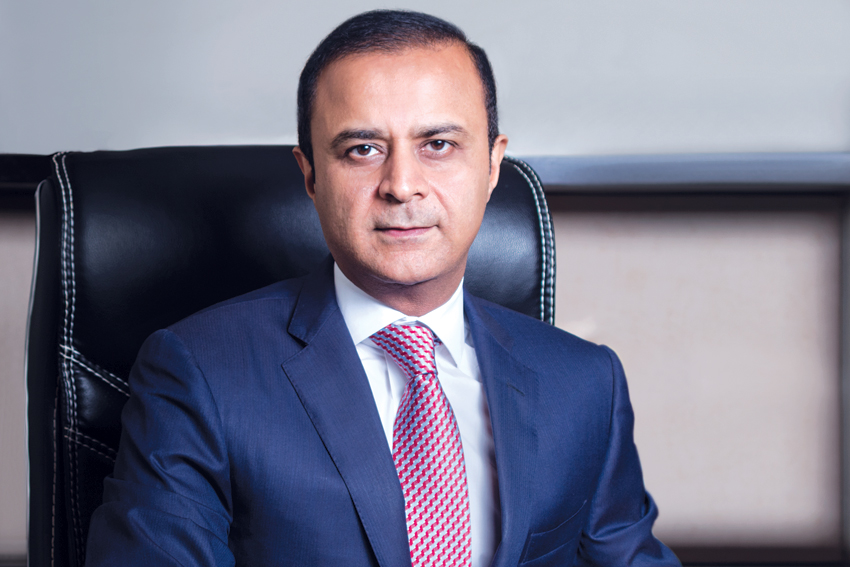 With a wide range of business interests, Yunus Brother Group (YBG) is one of the largest and fastest growing business conglomerates in Pakistan that is made up of several subsidiaries. Since its inception as a commodity trading business house in 1962, YBG has grown remarkably over the last 50 years and it has today become the sponsor of one of the largest industrial units in Pakistan in the cement, chemicals, real estate, energy and textile sectors. What’s more, the group now has some of the most sustainable and effective business relations with leading private and public sector organizations throughout the country.

Lucky Cement Limited (LCL) is one of the largest producers and leading exporters of quality cement in Pakistan with a production capacity of 7.75 million tons per annum. Over the years LCL has consistently been driven by the ethos: to be the leader of the cement industry in Pakistan and to contribute to industrial progress and a sustainable future by operating with state-of-the-art technology, making a positive impact on the environment and adherence to highest standards of quality. The company has embarked on the journey of global expansion by setting up cement grinding facility in Basra, Iraq and a cement manufacturing plant in Democratic Republic of Congo (DRC). Lucky Cement has been listed in Forbes Asia’s “200 Best under a Billion Company” several times.

“We never stop investing irrespective of the situation because in a country of 200 million people we will perish if we don’t take initiatives...We are expanding our business in all directions and making our corporate footprint more visible. Our closing business numbers are in excess of $1.5billion”

According to Muhammad Ali Tabba, Group Director of YBG and CEO of Lucky Cement Limited, the group’s success as a whole is entirely due to its unwavering faith in moving ahead, regardless of circumstances. “We never stop investing irrespective of the situation because in a country of 200 million people we will perish if we don’t take initiatives,” he says.

Although Pakistan’s economic performance as a whole has not been the most promising in recent times, Mr. Tabba is confident that through continued efforts being put on new projects and the expansion of existing ones, YBG can play its part to further drive Pakistan’s GDP growth.

“We are expanding our business in all directions and making our corporate footprint more visible. Our closing business numbers are in excess of $1.5billion,” says Mr. Tabba Indeed, YBG has strategically expanded exports across Asia - India, Sri Lanka, Afghanistan, as well as Tanzania, Madagascar, Mozambique, Kenya, and Uganda, among other African countries. Having already diversified in the energy sector with the establishment of Lucky Energy – a gas-based thermal power generation unit, YBG’s other ambitious project is Lucky Electric Power Company Limited. Lucky Electric Company is setting up a 660MW coal-based power project in Karachi. YBG also recently signed an engineering, procurement and construction contract for setting up a 50 megawatt wind farm for generation of electricity through wind turbine generators being supplied by Nordex Germany.

In another example of its expansion, the group in 2012 acquired a majority stake with management control in ICI Pakistan Limited from the Dutch multinational and paints giant AkzoNobel N.V. ICI Pakistan’s presence in this region predates the independence of Pakistan and the company is a market leader in the field of soda ash, polyester, life sciences and chemicals. With over 70 years of successful operations, ICI Pakistan is a leading manufacturing concern supplying products to almost every industry in the country. ICI Pakistan enjoys a strong reputation for pioneering technologies, excellent customer service and an uncompromising culture of ethics, safety and people development.

Lucky One, a commercial and residential project by YBG, is yet another example of the group’s portfolio expansion. The Mall is to be built on 2.2 million square feet and will redefine the real estate contours in Pakistan. It will be several times the size of any mall in Pakistan and has attracted a multitude of local and international retail brands while generating employment opportunities in the country.

YBG has grown remarkably over the last 50 years and it has today become the sponsor of one of the largest industrial units in Pakistan in the cement, chemicals, real estate, energy and textile sectors. What’s more, the group now has some of the most sustainable and effective business relations with leading private and public sector organizations throughout the country.

Gadoon Textile Mills Limited is another success story of YBG. Gadoon Textile Mills holds the distinction of being the second largest textile mill in the world to introduce compact core spun yarn. In Pakistan, it is the largest spinning unit comprising of nine production mills with more than 250,000 spindles installed under one roof.  In Yunus Textile Mills, YBG also has a state-of-the-art vertical integrated production facility that has now become Pakistan’s largest exporter of home textile products. Yunus Textile’s clients include some of the high end brands such as Walmart, Target and Macy’s and has subsidiaries in North America and Europe.

Mr. Tabba is no doubt enthusiastic about what such foreign trade, especially with the United States means for Pakistan. “We already enjoy good business relations with USA. We are trading textiles and looking forward to becoming partners in the energy sector. Their expertise can be very beneficial for our engineers and consultants. I think the world has to understand that Pakistan needs trade to expand its growth.”

There can be no doubt that YBG, one of Pakistan’s most successful business conglomerates is leading the way in this respect.  While domestic companies could certainly do well for themselves and for their country by emulating the success of the group, Mr. Tabba says there are great opportunities in Pakistan for foreign investors and that they only need to look at the success of business houses like YBG to realize that.