Article - December 18, 2013
Renowned for its excellent scuba-diving and beaches, as well as the fascinating medieval city of Suakin, it is no wonder that this seaside state is Sudan's capital of tourism 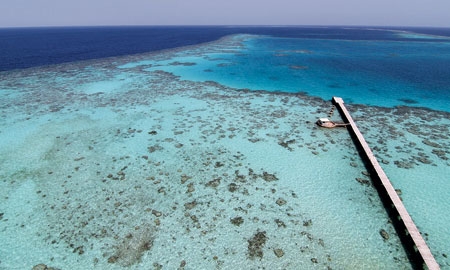 The main attraction of the Red Sea State for tourists lies in its name. With beautiful unspoiled beaches along the Red Sea, clear warm waters, dazzling coral reefs, and a wide spectrum of marine life, it has the potential to become a hotspot for scuba-diving, snorkelling, yachting and other water sports.
Two popular destinations along the state’s Red Sea coast are Port Sudan and Suakin. The state capital Port Sudan, already a favourite with domestic tourists, is becoming increasingly popular with foreign tourist because of its excellent beaches, scuba-diving, wonderful local cuisine and warm and friendly people. Each November the city hosts the Red Sea Festival for Tourism and Marketing which is part of the strategy to build the profile of the state and its growing tourism industry, and is being supported by the international airport that is located close to the city.
Around 60km south of Port Sudan lies the ancient city of Suakin, which was once the country’s chief port and trade hub. The old city built of coral is in ruins, but efforts are being made in collaboration with Turkish restoration experts to restore some of this once-bustling city’s splendour, in an attempt to boost tourism. The local tourism authority is confident that – once finished – the restoration works on this ancient coral city will attract large numbers of tourists.
The Red Sea State’s virgin beaches and aquatic treasures combined with its ancient ruins and rich heritage (the region is renowned for a diverse social fabric comprising different tribes producing a unique cultural heritage) make it easy to see why it is the number one tourist state in Sudan, as well as the only to touch the warm waters of the Red Sea.