Top Japanese companies are now distancing themselves from their country’s over-reliance on nuclear power generation to focus on safer, economically efficient, renewable sources 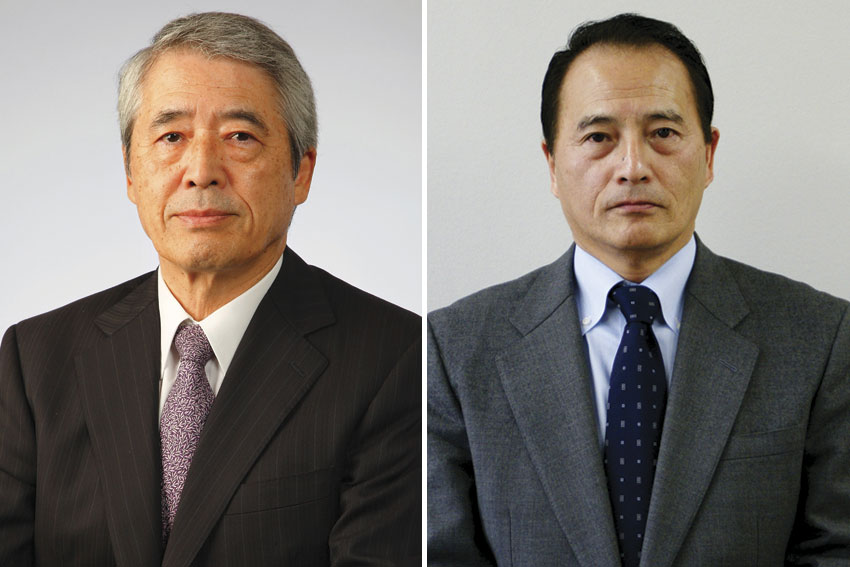 Energy production methods are constantly changing in today’s volatile world, and major Japanese companies in the power and energy sectors are now targeting the huge potential in rising demand for cleaner, safer, and renewable sources of power.

One such key enterprise is NGK Insulators, Ltd., a Nagoya-based ceramics firm producing insulators and sodium-sulfur batteries that are used for grid storage of such sources, including wind and solar, thus providing a viable and highly effective “green” solution. Each of its systems typically comprise 40-50kW units that produce a combined total capacity of 12,000kWh. Its installations operate worldwide – primarily in the U.S. and at home in Japan – and effectively reduce emissions and supply energy power. Insulators are widely used in transmission and distribution networks to prevent energy loss by acting as a barrier between current-carrying cables and supporting towers, and in its new 14,000 square meter installation opened in March, NGK can store up to 300,000kWh of energy.

“We aim to become a vertically integrated global energy company, so we are working not only on fuel and energy, but also other fields”

“Our initial aim was to reduce the peak electricity load by storing the electricity during periods of low demand and discharging it during periods of high demand, a practice known as ‘load leveling’ or ‘peak shift’,” says the company’s President Taku Oshima. “Demand for this type of usage has gradually decreased, but in its place we now see an increasing demand in the field of renewable energy, and though this sort of supply is very unstable, our battery can level and stabilize it.”
“The technology behind NAS batteries is very complex,” he continues, “and its most difficult aspect is in its use of Beta Alumina, which merges ceramics and metal. We started developing this type of battery in 1984 and jointly researched it with TEPCO (Tokyo Electric Power Company). Eighteen years later, we alone succeeded in commercializing our product.”

The NGK president also places a high value on the quality of his workforce and feels it is important to motivate them to think freely and flexibly. “As our employees come from a wide range of cultures and mindsets, it is important for us to arrive at a global level of mutual understanding in which we regard the world as one,” he adds.

PV system specialist Infini Co., Ltd. also has an international mindset. “Infini wants to be a part of Japan’s global expansion, and to work with European and U.S. companies as informed partners,” says CEO Tomoyuki Oyakawa. “For developing countries, we would like to assist them by supporting them technologically, and help them expand their alternative energy infrastructure. Not only solar power, but also biomass, gas and wind energy.”

Another prestigious company, the 30-year-old Cosmo Energy Holdings Co., Ltd., is the third biggest Japanese oil refiner by sales, after JX Holdings and Idemitsu Kosan. It imports, refines and sells crude oil and develops oil resources, including the manufacture of petrochemical products. At present its main import source is the Middle East, though from next March Cosmo will also begin importing crude oil from the U.S.

Its President, RD and CEO Keizo Morikawa points out how Abenomics’ monetary easing policies have influenced the company’s activities: “We have conducted operational reforms in areas of overcapacity, especially in the oil industry, and a reduction ruling here is going to be implemented by 2017.”

“Our gears are ecological because of their light weight and very minimal amount of parts – instead of using so many gears, you can have one”

“We aim to become a vertically integrated global energy company,” he continues. “So we are working not only on developing fuel and energy in Abu Dhabi and Qatar, and providing fuel in over 3,000 gas stations, but also in other related fields such as car leasing, insurance and maintenance, where we hope to make a good profit while providing an essential service to our clients.”

Mr. Morikawa defends the damaging effect that petrol-based fuel inflicts on the planet by pointing out the level of convenience and comfort it offers people living in today’s world, and cites Cosmo’s new venture into wind power generation as a profitable, forward-looking “clean-air” move. “There has been a feed-in tariff, F-I-T, so we figured that this aspect of energy production is not only profitable, but it is environmentally friendly as well,” he says.

Akira Nagai, President and CEO of gear manufacturer HDSI, highlights his company’s greener side too: “Using our gears is ecological because of their light weight and very minimal amount of parts – instead of using so many gears, you can have one. This is why they are used on NASA’s satellites.”