Each province has its own strategy for improving the lives of its inhabitants, which ultimately in conjunction will lead to national growth. Indeed, it is the sum of the parts that counts 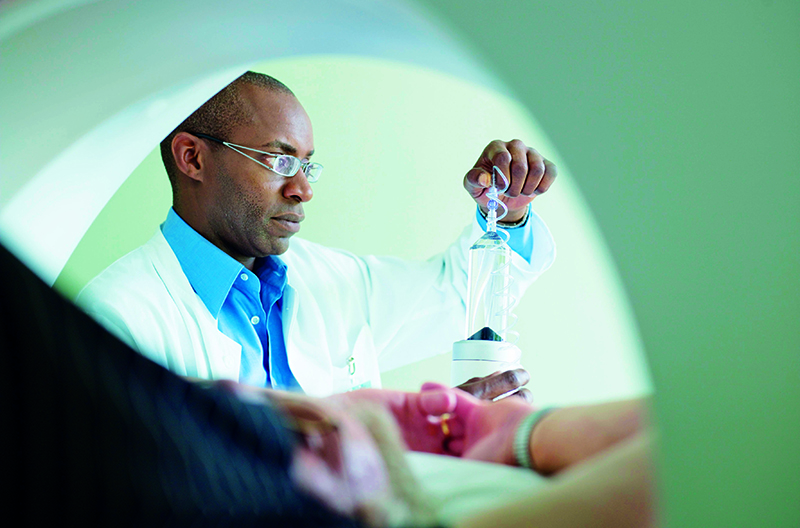 Angola’s rich natural resources are rightly renowned around the world, specifically when it comes to its mammoth oil reserves. Yet while the country’s famous “black gold” is largely found in fields out at sea, much less is universally known about the massive natural wealth held by its plentiful land pastures. Such ignorance is not all that surprising, however, considering Angola today imports around 90% of its food.

It wasn’t always this way though. During colonial times the country was a producer of almost every major crop and provided for both domestic and export markets. Yet with the chaos caused by Angola’s long independence struggle with Portugal, and thereafter a devastating civil war which ended just 13 years ago, the agriculture industry and the nation’s infrastructure was left in tatters.

While Angola has experienced rapid growth and development since the end of the war in 2002 – almost single handedly thanks to oil production – like many oil-rich countries it has been guilty of neglecting its farming sector. This is something that Angola is now determined to rectify.

The government’s plan is to revitalize agriculture, not only increasing production to ensure greater food security, but also to spearhead the country’s economic diversification process. With 90% of Angola’s export earnings currently attributed to oil, the government now wants to open up the interior of the country to economic activity, and promote alternative exports in order to wean itself off an almost total reliance on extractive industries for foreign exchange and employment.

“Agriculture occupies a central place in the economic and social life of the country,” says Minister of Agriculture, Afonso Pedro Canga. “It plays a key role in our social development.”

“We are now in a phase that is mainly aimed at ensuring food security,” he continues. “While family farming aims firsthand to ensure food for the family, expanding our entrepreneurial agriculture production in medium and large scales will increase supply to the domestic market, boost the agro-industry, reduce imports and also boost international exports. This is our strategic vision.”

With its billions of dollars in annual petroleum income, the government is now pouring vast financial resources into upgrading or creating new rural infrastructure, including roads and bridges to improve market access for farmers. It is also providing training programs for rural residents in farming, animal husbandry, soil treatment and irrigation training programs while establishing agricultural study and research centers. The sector is likewise experiencing serious foreign investment, one stand out example being Biocom.

Brazilian conglomerate Odebrecht has joined forces with the local company Damer and the Angolan government in a public-private partnership worth $500 million to set up the country’s biggest agricultural project – as well as the largest renewable energy development – in Malanje province.

Setting the benchmark for Angola’s economic diversification and industrial development drive, Biocom will not only produce 250,000 metric tons of sugar per year by 2018, but biomass-fed generators will also produce 28 megawatts per hour of electricity that will be pumped into the province’s power grid to benefit rural residents and local industry.

According to the Secretary of Industry, Kiala Ngone Gabriel, if the country is to attract further vital investments of Biocom’s ilk – especially from foreign businesses who can add knowledge, competition and, most importantly value, to Angolan industries – then the government must itself continue to invest in improving the state of transport and industrial infrastructure around the nation.

“We are a country that has yet to really build up our infrastructure through construction, rehabilitation and modernization,” says Mr. Ngone, “in particular with regards to our road and rail network, ports, power, water and airports – from productive areas to distribution centers. At this point our competitiveness is limited by this lack of infrastructure, although there is currently a major effort to improve it.”

Indeed, with the help of the private sector, the Angolan government’s recently unveiled National Network of Logistic Platforms (NNLP) initiative looks to spur growth through developing an integrated infrastructure network. The government announced that it is to invest around $3.9 billion in building 44 logistics platforms, and has already taken its first steps by beginning construction in the provinces of Malanje, Moxico, Huila, Cuando Cubango, and the dry port of Soyo. When completed, the NNLP will include five logistics hubs, 10 road and rail centers, and five air cargo centers, as well as other supporting infrastructure.

Aside from developing its infrastructure, Angola’s fast-growing banking sector has an equally essential role to play in the country’s economic growth and diversification as the country moves forward. The country’s financial sector, like its economy, has seen rapid growth in the past decade as the number of domestic banks in the country jumped from 13 in 2005 to 29 in 2014.

Government investment in infrastructure and regulatory changes to the financial system has also helped the sector expand. Most crucially, the growth has seen the expansion of banking to the country’s population, including increasing access to finance for the country’s entrepreneurs and small and medium-sized enterprises (SMEs).

“The financial sector will be the center of the country’s development,” says João Júlio Fernandes, CEO of Fundo de Garantía de Crédito (FGC), the state organization set up to secure bank loans for Angolan SMEs. “That is why banks have made an enormous effort here to offer services that are offered anywhere in the world. The government has set up initiatives to enhance the banking sector in order to make expansion of loan opportunities easier. No development is possible without good lending policies.”

With further regulatory improvements being made resulting in new revenue streams for financial institutions, further bolstering SME growth, Mr. Fernandes says that he hopes many of Angola’s SMEs will soon be in a position to help broaden Angola’s range of exports, particularly to the United States.

“It would be very nice to see the companies that we at FGC are helping, export to the U.S.,” he says. “We know that to achieve that, we have to bring in quality and diversify. The challenge for Angola and African countries is to stop being seen as a market for exports and rather as a source of many exports to the U.S.”

The total value of trade between the U.S. and Angola in 2014 was $7.8 billion, making it Angola’s second largest commercial partner behind China; however, this was mainly due to U.S. oil imports. As Angola’s strategic relationship with the U.S. takes on greater significance as the former becomes a non-permanent member of the UN Security Council in 2015-16, at the same time, U.S. demand for Angolan oil will continue to fall owing to the emergence of the American shale gas industry.

Owing to this dynamic, if Angola is to continue its healthy trading balance with the United States, economic diversification will be central to this relationship, as well as the very future of the country itself.