A recent study published by the World Economic Forum states that the world is on the verge of the Fourth Industrial Revolution “that will fundamentally alter the way we live, work, and relate to one another. In its scale, scope, and complexity, the transformation will be unlike anything humankind has experienced before.” 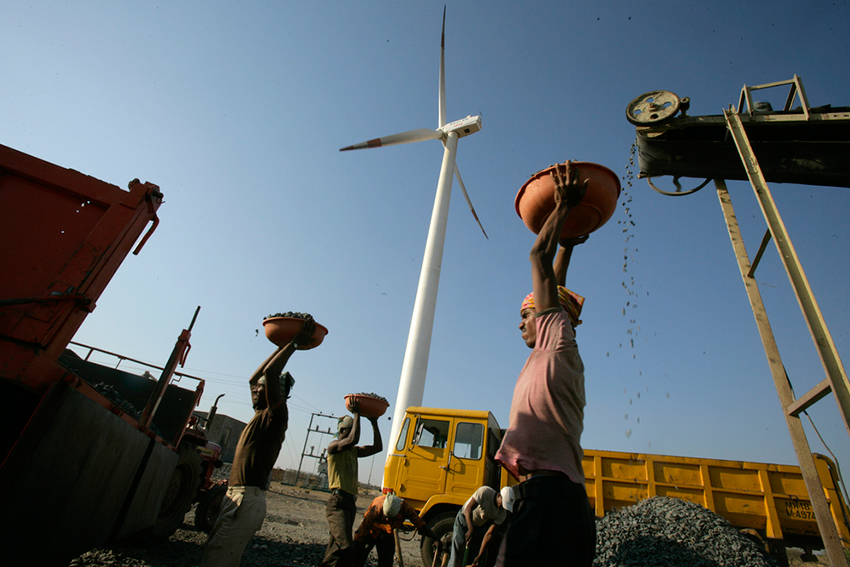 The world has gone through a series of ‘industrial revolutions’ since the 18th century. The cause célèbre of the first two was coal; the crux of the present two is computers. The first industrial revolution saw the might of human and animal strength give way to steam engines and locomotive capacity in the 1700s. The second was driven by electricity, bringing in bigger machines and advances in the manufacturing sector around 1870, including mass production. Fast-forward to 1969 and computers, IT, electronics and automated production were at the core of the third industrial revolution. And now, IoT, anytime connectivity and the (im)perfect blend of the physical with the digital are poised to drive the Fourth Industrial Revolution, or FIR.

The World Economic Forum report on FIR concludes that it will have an undeniable impact on job scenarios across the world – disrupting erstwhile, well-established businesses, bringing sweeping changes to labor markets, and changing business models on the foundation of emerging economic theories. It states that casualties in administration, office, manufacturing, production and construction activities will be of significance.

The Fourth Industrial Revolution will affect most industries. Some will cease to exist; many will transform, riding the wave and reinventing suit market dynamics. And that’s the only way for companies to stay relevant.

However, for companies to stay ahead of the curve, they have to do a few things right – as rightly pointed out by a leading consultant of Boston Consulting Group (BCG). A company has to be nimble footed and not become a victim of its own success; it cannot continue exploiting existing businesses, but has to explore opportunities that keep it relevant in the future. Companies also need to drive business with confidence. Due to the large-scale churn and change in well-established models, many companies may choose not to make long-term exploratory decisions, and that will not bode well. Finally, as the BCG consultant highlights, companies have to focus on diversity – as, dipping into vast, untapped potential will keep companies relevant.

The coming together of India

India’s place in the world is unique. In fact, contrary to what the alleged ill-effects of the fourth revolution claim, India should benefit from it and there will be a spur in job creation – as has been highlighted by noted industrialist Baba Kalyani: “India is in a very unique position to take advantage of the Fourth Industrial Revolution and do some amazing things that it had missed out on in the past.” He went on to add that, in the 70s, the general philosophy and calling card of India was cheap labor. As a result of that, people assumed that it was at the threshold of conquering the world’s markets.

India ventured into multiple areas, including textiles and the leather industry, with a focus on areas that required manual hard work. However, it was the very mindset of cheap labor that was the flaw back then. In fact, India counted among the most unproductive of markets. Invested areas including the textile business and leather industry all lost out to countries like China, South Korea and Bangladesh.

When India changed its focus from cheap labor to a skilled workforce, technology and capital-intensive sectors, it became more competitive.

The eminent industrialist Mr Kalyani highlights: “The lesson was very clear. We needed to move to an innovation-driven economy. The FIR provides us with a unique opportunity and knowledge base to move from a factor-driven to an innovation-driven economy. The reason it will create more jobs is simple: India’s output today is roughly $320 billion. We want to take it to $1-1.2 trillion in the next 15-20 years. So, I think we can end this debate that advanced manufacturing will create fewer jobs, as it will not. We will need to embrace the industrial revolution and get into advanced manufacturing because that will make us competitive in domestic and global markets. At Bharat Forge, we changed our business model to advanced manufacturing 20 years ago. That is why, today, in our business, we are world leaders.”

Many economists are apprehensive of the FIR and its effect on job creation. According to a Business Insider report, MIT Sloan School of Management economists Erik Brynjolfsson and Andrew McAfee argue that the revolution is likely to increase inequality in the world as the spread of machines increases markets and disrupts labor markets. More than 65% of India’s workforce lives in rural areas, with relatively inadequate access to basic amenities. Water is scarce, sanitation is rudimentary, daily life is led through primitive means. Can this can be addressed or at least enabled through initiatives under the Fourth Industrial Revolution? Can technology benefit this industry or any industry?

The answer lies in establishing well-rounded foundations and skilling. “It’s the ‘Indian Difference’ that will be at play during the Fourth Industrial Revolution,” says Subramanian Ramadorai, Chairman of the National Skill Development Agency. “First of all there is the size of the country providing a potentially huge market access. Second, there is the very appealing demographic dividend with our youth representing approximately 20% of the global workforce by 2020. Third, there is a rising middle class, our next big spenders. India is expected to become the fifth largest consumer market in two decades. Within this context, any form of consumption, entrepreneurship, startup or industry, can be viewed as a scaling opportunity.”

Skilling must become an important drive that the political establishment of the country must take seriously, and in unison. However, the onus is not just on the government – the private sector, NGOs and foundations all must get involved. As Mr Ramadorai suggests, “ If we are able to address this issue and skill our people, the spillover effect will be beyond anything else we have experienced before.”

India is a population of 1.2 billion people and its resources are stretched to say the least. It is still left wanting for basic amenities like clean drinking water, 24-hour electricity, means of livelihood, education and food for all, and quality primary and secondary healthcare.

In such a challenging atmosphere, driving growth and managing expectations of the populace mean central and state government certainly has their work cut out for them.

Parity between rich and poor with considerable focus on income creation will be the order of the day. However, India has to rework the way it has historically dealt with issues. The world around it is changing; businesses are undergoing transformations, the fundamentals of most industries are changing, consumption patterns are being reinvented… Amid this, what Indians must change immediately is their mindset and be open new ideas. What worked may not work anymore, so there is prudence in reinventing – and those who govern and those who are governed have to, together, be the change while driving that transformation.