The best choice for producing offshore in West Africa

Political stability, the absence of terrorism, enormous reserves, and a flexible and pro-American government have made Equatorial Guinea a go-to country for U.S. hydrocarbon companies 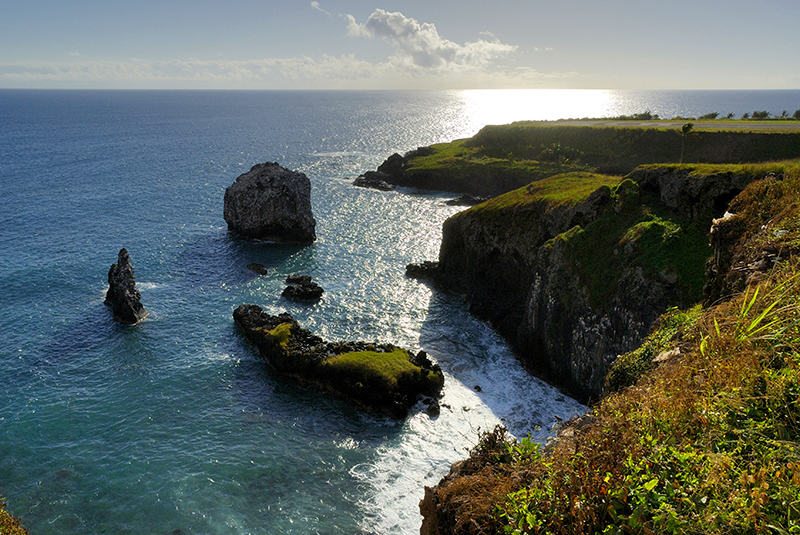 There is no doubt that “diversification” is the buzzword du jour in Equatorial Guinea. Yet despite all the attention cast upon the up-and-coming sectors, the hydrocarbon industry continues to anchor the national economy and will unquestionably do so for years to come while the others find their footing. Moreover, as oil and gas are effectively fueling economic diversification, it is imperative that it maintains momentum.

Mercedes Eworo Milam, General Director of Hydrocarbons at the Ministry of Mines, Industry and Energy, goes further, saying that oil and gas not only funds diversification, but has inspired it as well. “I believe that we have found ourselves through hydrocarbons,” she says. “Being such a demanding sector, the ministry had to use all of its energy in developing it, and in doing so, discovered its own potential. When we all saw what the ministry was capable of doing, we thought why not channel this vigor into all the other sectors?”

Equatorial Guinea is one of Africa’s smallest countries in terms of area, but it certainly punches above its weight in hydrocarbon reserves. The third largest oil producer in the continent, as of January 2015, it boasted 1.1 billion barrels and 1.3 trillion cubic feet of proved crude oil and natural gas reserves, respectively, according to the U.S. Energy Information Administration. Most of the country’s reserves are located offshore near Bioko Island – not surprising, given the fact that its maritime territory is 11 times larger than its land area.

Total oil production has slid downwards over the past several years, from its peak of 375,000 barrels per day (bdp) in 2005 to 270,000 bpd in 2014. Maturing fields coupled with a heretofore lack of new significant discoveries can be blamed for this decline, but the government is hopeful that last year’s licensing round will bring about better results.

One of the objectives of this recent round, which offered up all available blocks, was to attract more oil majors than the previous round. Nevertheless, Energy Minister Gabriel Mbaga Obiang Lima says the country will “continue working with small and medium-sized American exploration and production firms because they tend to make fewer mistakes since they risk a larger part of their capital with each decision.”

U.S. companies have been the cornerstone of the nation’s oil and gas industry since the beginning. ExxonMobil, Marathon Oil and Noble Energy, for example, were the first exploration companies to strike black gold in its waters in the 1990s. As a result of these finds, the country’s economic pulse immediately began to quicken, attaining double-digit growth thanks to the surge of foreign investment.

After ExxonMobil brought the Zafiro field online in 1995, the country’s GDP grew by an extraordinary 66% in 1996. The following year, the economy took a flea-like jump again, expanding by an unprecedented 150%.

ExxonMobil continues to make headlines. In April this year it ratified a production sharing contract (PSC) it had signed in January with Production Equatorial Guinea (Offshore) Ltd., GEPetrol and the Ministry of Mines, Industry and Energy, to explore Block E.G.-06.

According to Mr. Obiang Lima, the ratification of the PSC “signifies the start of a new adventure between old acquaintances and is expected to be as successful as the first one.”

“The agreement with a supermajor like ExxonMobil is a major vote of confidence in Equatorial Guinea, even as global commodity prices remain depressed,” he added. “This is added proof that offshore continues to be an appealing jurisdiction for the exploration of hydrocarbons.”

The drop in crude oil prices has deterred some investors, but as Ms. Eworo points out, “This is not the first time prices have fallen and it highlights the importance of working with companies that have a long-term vision.”

She adds that Equatorial Guinea can offer investors a stable and safe working and living environment – something that other countries in the region cannot. And in return, she expects that investors view themselves as partners in national development, rather than players who merely reap the riches and leave. U.S. investors, in fact, were the ones who introduced the concept of corporate social responsibility in the country. “The idea of leaving a legacy is a cultural thing for Americans,” says Ms. Eworo. As a gesture of gratitude and confidence in American investors, Equatorial Guinea offers them various incentives, such as visa-free entry. Ms. Eworo claims that it has become a favorite partner for the U.S. because “American companies are 100% pragmatic.”

“We have always brought to the table practical solutions so that projects of mutual interest can move forward,” she adds. “We are pragmatic, we like fast-tracking, and this is why mainly North American businesspeople have chosen us.”