Article - May 14, 2014
Bahrain takes pride in its track record of consistently being the regional leader in introducing innovation and social progress 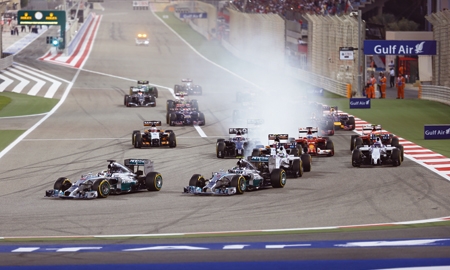 The famous ancient Chinese proverb that “a journey of 1,000 miles starts with one step” highlights the significance of taking first steps – a philosophy consistently embraced by Bahrain, a small island with an indigenous population of less than 600,000 but with a track record of regional leadership in ideas, initiatives and innovation.

With its characteristic self-confidence and consistent determination to tread a different and individual path, taking from the world ideas and innovations, adopting them within traditional national values while still remaining a nation proud of its heritage, Bahrain has racked up a truly impressive list of firsts, revealing a country at the forefront of progressive change within the region.
Bahrain was the very first country in the Middle East to discover oil deposits, as far back as 1932, and of course the economic prospects of the country were transformed at a stroke. However, Bahrain’s record of being “first” in the region certainly pre-dates the discovery of oil on the island. As an example, more than a decade earlier, the country had been the first in the region to institute public education, for boys in 1919 and for girls in 1928, while the first modern public hospital in the Arabian Gulf, the American Mission Hospital, had opened in Bahrain in 1903.
So for a century, three strands of development have been interlinked in Bahrain: economic growth, educational and social provision, and openness to ideas from the world. The pioneering landmarks clocked up by the country demonstrate the fusion of these different influences to produce the Bahrain of today. In the economic field, Bahrain did not simply rest on its laurels as an oil producer but instead was the first nation in the region to set out a vision of economic diversification, its success being evident from the fact that today only one-fifth of its GDP comes from oil and gas extraction.
The country built the Gulf’s first airport in 1932 and has consistently led in investing in infrastructure for business. In telecommunications and digital technology, Bahrain has been a traiblazer in the Gulf in just about everything, ranging from the first computers, 3G services, smart-cards, nationwide wireless network, and the first (in the world) nationwide next-generation network.

In addition, the region’s inaugural colour television service was also in Bahrain. The country has welcomed the first regional eco-friendly, low-radiation wireless platform, while the twin tower Bahrain World Trade Centre complex built in 2008 was the world’s first skyscraper structure with integrated wind turbines.
The Gulf’s first horse-racing track was opened in Bahrain in 1948, as was its first Formula One circuit in 2004. Keeping pace with modern lifestyles has seen Bahrain also host the region’s first Subway outlet and form the Gulf’s first national women’s football team.
For expatriates, Bahrain was voted the world’s friendliest country in an HSBC survey in 2009, nicely complementing its number one ranking in the 2012 report by the Fraser Institute on Economic Freedom in the Arab World.
Bahrain was, in 2002, the first country in the Gulf region to institute democracy with universal suffrage and a year earlier it broke ground by holding an online referendum.
The country can also boast of several firsts in the empowerment of women in government, which include being home to the first woman from the Middle East to chair the United Nations General Assembly, the first Jewish ambassador of any Middle East country (also a woman) to the United States, and the first woman (a Christian) in the Islamic world to chair a parliament, Bahrain’s Shura Council.
Journeys of 1,000 miles – all started with “first” steps by a small country with big ideas.