Thailand 4.0 lays new runway for take off of aviation industry

Thailand has high hopes to become the premier tourism and business destination in the fast-growing ASEAN region. The government’s strategy, “Thailand 4.0”, aims to create and economy driven by innovation, creativity, hi-tech manufacturing and services. 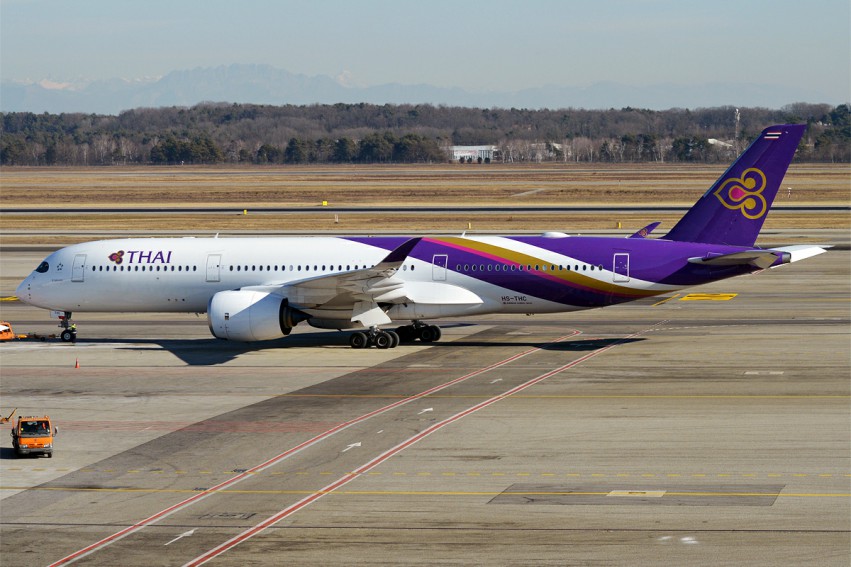 Contributing around 20 percent of GDP, tourism is a crucial part of the strategy. High-income and medical tourism are one of the 10 core areas on which the Thailand 4.0 plan will focus. Expanding MICE (Meetings, Incentives, Conferences and Exhibitions) tourism, promoting sustainable tourism, and establishing tourism enterprises and start-ups based on innovation are other key priorities for tourism authorities.

“This year is Amazing Thailand Tourism Year 2018, and the goal is to bring in more quality tourists and maintain the country’s traditional tourism markets. It is also intended to create higher economic value and distribute tourism income to the regional areas of the country,” says Mrs. Usanee Sangsingkeo, Acting President of national carrier Thai Airways.

“It will also follow the development agenda of Thailand 4.0, based on the Sufficiency Economy Philosophy, as well as inclusive tourism that maintains a balance between the economy, society and the environment.”

The increased tourism and business activity as a result of Thailand 4.0 will be a major boon for the country’s aviation industry. So too will economic and tourism growth in the wider South East Asian region, as Thailand plans to become the major regional aviation hub for the fast-growing ASEAN economic bloc.

The landmark project of this plan is the U-Tapao Airport and Eastern Airport City Development Project. Phase one of the projects will focus on the building a new terminal to establish the third main international airport. The first phase of the project will increase capacity from 3 million to 15 million passengers. The second phase will seek to further expand the passenger throughput to 30 million, before eventually reaching capacity for 60 million by 2038. The new airport, located 140 km south of Bangkok, will help to ease pressure on the capital’s Don Mueang and Suvarnabhumi airports, as traveler numbers continue to grow.

The U-Tapao Airport project will also see the construction of a maintenance, repair and overhaul (MRO) facilities, air cargo facilities, an aviation training center, and a free trade zone. This development forms part of the wider $43 billion Eastern Economic Corridor (EEC) project, which will become a major hub for the 10 core industries of Thailand 4.0.

“The U-Tapao International Airport Development Project is one of several important development projects in the EEC. The project will offer attractive business opportunities for aviation partner companies and suppliers,” says Mrs. Sangsingkeo.

“Thailand's central geographical location makes it highly suitable as an MRO hub, while the deep-sea port in Laem Chabang can accommodate transport critical for very large aircraft components. The ambitious plan for a new rail system to link Suvarnabhumi, Don Mueang and U-Tapao airports will improve flexibility and logistical speed for MRO facilities.”

Thai Airways’ MRO arm, Thai Technical, hopes to incorporate its U-Tapao-based joint venture MRO with Airbus by the first quarter of 2020, for launch in 2022 – as it bids to win 20 percent of the regional MRO work.

Thai Airways is also expanding its fleet. It expects to add five Airbus A350-900s to its fleet this year, which it will use on long-haul and Asian routes. The airline took delivery of seven aircraft in 2017, comprising five Airbus A350s and two 787-9s. New aircraft, the president says, is crucial to bring down operational costs: “New aircraft technology and innovation makes newly manufactured aircraft considerably safer and helps to minimize a company’s operating costs.”

As the nation’s national carrier will, Mrs. Sangsingkeo points that Thai Airways plays a crucial role in supporting the goals of Thailand 4.0 and promoting Thailand worldwide as a first-class business and tourism destination.

“THAI also supports the government agencies to drive arrivals and attract growing numbers of international visitors to Thailand. In 2018, we have projects to support trade shows and road shows in China, the U.S., India, Australia and Germany,” says Mrs. Sangsingkeo.

“As a result of promotional activities overseas, our revenues increase and the activities create brand awareness for Thai Airways International as Thailand’s national flag carrier. Those are parts of THAI’s efforts to promote Thailand to all international audiences as a tourism and business destination.”