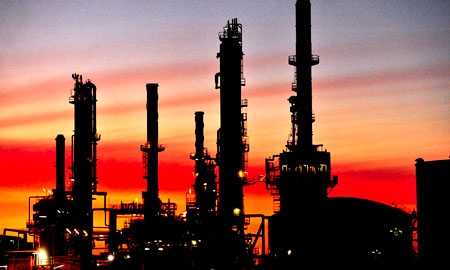 With Pakistan having now achieved the landmark of its first true democratic transition, the national priority is economic development. As Tariq Rizavi, Managing Director of PARCO (Pak Arab Refinery Ltd), states, “We are facing a shortage of energy which drives everything and without energy there is no industrial development.” That is, of course, essential to create a virtuous cycle of jobs and investment and to counter the economic stagnation which can become a seedbed for social unrest.
PARCO is rising to the challenge, as is PSO (Pakistan State Oil Company) whose MD and CEO, Amjad Parvez Janjua, describes the energy sector as “the lynchpin of Pakistan’s development effort”. Both companies have widened their capabilities, through the acquisition of previously foreign-owned activities, new investments to expand production capacity and to reduce reliance on imports, as well as through partnerships with independent or foreign technology providers.
PARCO is an integrated energy company and a Pakistani-Abu Dhabi joint-venture which has, through continuous reinvestment, grown from a small pipeline company in 1975 to the country’s strategic fuel supplier today, with a refining capacity of 100,000 bpd and storage capacity of over 1 million metric tonnes, besides a national pipeline network now spanning 2,000 kilometres.
Strengthening national capacity through technology transfer and through partnerships with overseas technology providers has been a continuous theme in PARCO’s development. Mr Rizavi mentions its retail joint-venture with Total of France and their recent acquisition of Chevron’s 500 petrol stations in Pakistan, PARCO’s technology agreement with UOP in Guildford, its technological support venture with OMV from Austria, and its purchase of LPG facilities from the Dutch SHV.
Mr Janjua also stresses PSO’s openness to partnering with foreign companies and mentions their agreements with Air Total of France and with investors from Kuwait, Singapore and the USA. He confirms that energy generation is amongst the company’s ambitions and that MOU’s have been signed but is coy about saying more in this respect.
However, PSO is reported to be planning a 40,000 bpd refinery in the Kohat district, which would take the company beyond its traditional focus on marketing and retail and be a step towards its becoming an integrated energy supplier. PARCO, for its part, is planning the country’s largest refinery at Khalifa and hopes to widen its activities by including an independent power plant in the scheme with surplus power being sold into the national grid.
Mr Janjua illustrates the pressing need for this investment in refining capacity, stating, “we import about 93 per cent of our products” and that Pakistan had been caught in a debt circle which had choked off funds for investment in energy provision, thus strangling industrial and commercial activities. With the debt situation resolved, the government was able to pay money owed to independent power producers who had under-utilised capacity “and that kickstarted the economy”.
He also sums up the government’s policy as being “to provide a better tariff for indigenous fuel-based generation” while “encouraging the use of solar, wind and other energies” and with “more of a focus on hydro-electricity generation”, thus combining sustainable consumption with a more balanced energy mix.
The wider use of cleaner motor fuel is also a government objective. PSO was a pioneer in the supply of compressed natural gas while PARCO has taken the lead in introducing into the market lead-free fuel compliant to EURO II standards. With its investment of $132 million in its diesel hydro desulphurisation plant, high-speed diesel fuel is now produced at PARCO’s Mid-Country Refinery, an important step towards a greener environment.
With public finances now in order, the government is able to pursue clear and well-defined national objectives to foster economic growth and social development and provide jobs. Key to achieving the country’s ambitions is very clearly a dynamic energy supply sector. The investments realised and those planned by both PARCO and PSO show their determination to meet the challenges ahead.