President Nana Akufo-Addo came to power in January with a number of important economic challenges to address – amongst them is Ghana’s power crisis, known locally as ‘dumsor’ (a term used to describe the persistent, irregular and unpredictable electric power outages). 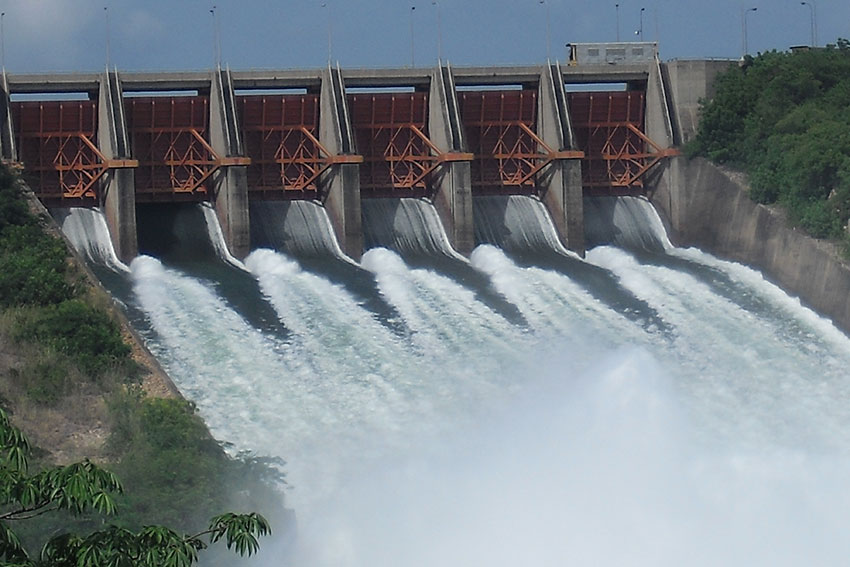 GHANA WANTS TO LOWER ITS DEPENDENCE ON THE AKOSOMBO DAM ON THE VOLTA RIVER, WHICH CONTRIBUTES AROUND 60 PERCENT OF THE COUNTRY’S ENERGY SUPPLY (CREDIT: ZSM)
SHARE

In 2015, the IMF called the energy crisis the “single-most important risk” to Ghana putting its economy back on the path to robust economic growth, which it was enjoying up until 2014, when the commodities crisis took hold. GDP growth has slowed dramatically from the highs of 14 percent in 2011, to 3.5 percent in 2016. Growth in Q1 of 2017 accelerated to 6.6 percent – a sign that things are moving in the right direction. But to maintain high-growth levels, it is estimated that Ghana must add an additional 2,000 MW to its generation capacity over the next five years.

In fact, Ghana’s strong growth was one of the main catalysts of the ‘dumsor’ crisis – that and climate change. As the economy grew rapidly, so too did the demand for power – at a rate of 12 percent per year. But this demand could not be met, as long spells of drought impacted the generation capacity of the country’s main source of power since the 1960s, the Akosombo Dam on the Volta River, which contributes around 60 percent of the country’s energy supply.

“Ghana started off on the back of hydro in a period where the climate made rainfall abundant, and in many instances, we had to spill water out of the dam to protect the structural integrity of the dam,” says energy minister, Mr. Boakye Agyarko.

“We are now in a different phase. Hydro, I admit, is still the cheapest. But we are not Costa Rica, where there’s still abundant rainfall. Therefore, we cannot continue to wholly and solely depend on hydro.”

To lower its dependence on hydro, the government has identified a number of energy sources it wants to add to the energy mix. Chief among them is gas.

Last year, The Early Power consortium, made up by General Electric Co., Endeavor Energy Resources LP and Sage Petroleum Ltd., announced it was building the largest liquefied petroleum gas-fired power plant in the port city of Tema, about 26 kilometers east of the capital, Accra. When completed, the plant will add 400 MW to Ghana’s generation capacity, which currently stands at around 2,500 MW. Construction of the greenfield power project began in April.

“Without gas, our long-term generation expansion will be in jeopardy,” says Emmanuel T. Antwi-Darkwa, Chief Executive of the Volta River Authority (VRA), which manages the Akosombo Dam. “Gas will fuel the economic renaissance that we are talking about. Without power, you can’t have the economic growth as we want it. So, gas is key to us.”

Ghana has hitherto had to rely on erratic gas supplies from its neighbor, Nigeria. Following its own gas discoveries, Ghana is set to increase its gas production to 300 million standard cubic feet per day. But Mr. Antwi-Darkwa says that by “2022 or 2023, the proven gas reserves that we will have will not be sufficient to meet the electricity demand. Then, we'll have to contract liquefied natural gas, so that’s the next project that we are working on. And there are a number of initiatives that are on-going.”

Renewables will also form a key part of the energy matrix. Currently clean energy sources such as wind, solar and biomass (excluding hydro) make up just 1 percent of the power mix. But the government wants to increase that figure to 10 percent by 2030, and recently announced it would establish the Renewable Energy Authority to oversee the country’s strive towards its green energy goals.

“It’s clear that renewable resources are abundant in our environment. We have plenty of sun. We have plenty of biomass, and we generate sufficient dirt and waste that we could transform into a useful output,” says the energy minister, Mr. Agyarko. “Each of these have their own competitive advantages, and the one with the best competitive advantage, in my judgment, is solar.”

Foreign investors are already betting on Ghana’s solar potential for large returns on investment. U.K.-based Blue Energy is to build Africa’s largest solar photovoltaic (PV) power plant in a move which, it claims, “could spark a renewable energy revolution in West Africa.”

“The giant 155-megawatt Nzema project will be one of the biggest in the world – only three solar PV plants in operation today are bigger. It will increase Ghana’s current generating capacity by 6 percent and will meet 20 percent of the government’s target of generating 10 percent of its electricity from renewable sources,” the company says.

Mr. Antwi-Darkwa says that the VRA has a number of renewable energy projects in the pipeline, which it is developing in partnership with foreign investors.

“We’re going to build a 12 megawatt – which will eventually be a 22 megawatt – solar plant starting next year. We have two wind projects that are under development right now. One is a 75 MW project with Vestas; they have a big operation in Spain. The other is a 75 MW project that we are doing also in the eastern part of Ghana with an Egyptian company called Elsewedy.”

The Bui Power Authority (BPA), which manages the 400 MW Bui Dam on the Black Volta river, also has a number of large-scale solar projects in the works.

“We expect that by next year, we should have completed the installation of 100 MW Solar PV plant, and possibly another 150 MW in the year 2019,” says BPA chief executive, Fred Oware.

“We should be aiming at an additional 750 MW in about five years from now. We are doing all this by offering the land and providing where necessary the essential transmission and switching facilities. We then expect investors to come in with the capital to build the actual plant on a BOT (build-operate-transfer) basis because, as a country we do not have the appetite to continue borrowing. We should engage the private sector to come in.”

Ghana is a member of the Economic Community of West African States (ECOWAS), which is made up of 15 countries. In 1999, ECOWAS established the West African Power Pool project (WAPP), which aims to integrate the national power systems into a unified regional electricity market, with the ultimate goal of providing a regular and reliable supply of energy at competitive costs to all ECOWAS member states.

But almost two decades on, the WAPP has yet to take off.

“The  West Africa Power Pool started many years ago, but it has floundered,” says the energy minister, Mr. Agyarko. “Happily, we are coming into times when the demand for electricity in the West Africa sub-region makes it imperative that we share our resources, instead of developing independently.”

The task now is to build the necessary infrastructure so that ECOWAS countries can share their energy resources.

“We can only extend power through transmission lines, so with the help of the World Bank and also with ECOWAS, we’ve started building transmission lines to connect the various countries in the sub-region,” says the VRA’s Mr. Antwi-Darkwa.

Once the transmission lines are in place and the WAPP truly takes off, intra-regional power sharing will help to put Ghana, and the entire ECOWAS region, on the path to a brighter future.