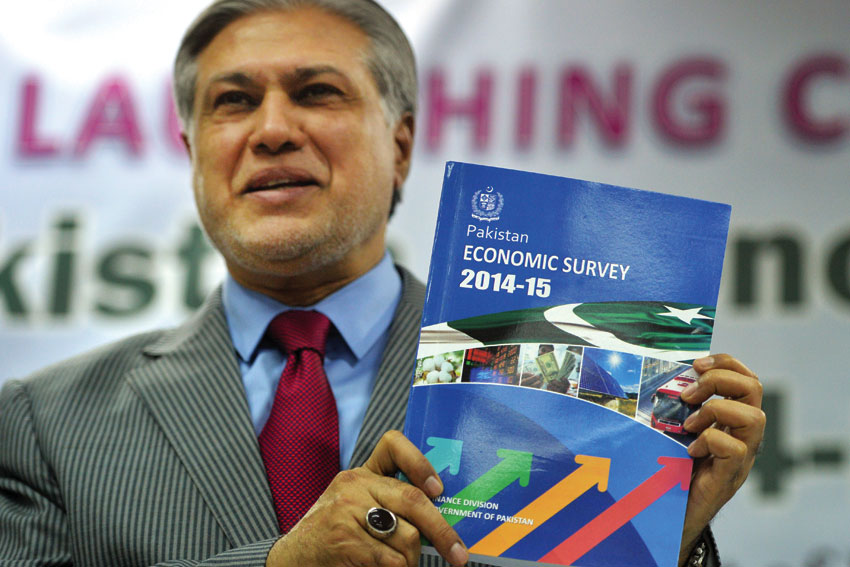 Few countries have experienced such a swift and wholesale turnaround in prospects as Pakistan, and having faced seemingly insurmountable challenges just over two years ago the country’s economy is now focused on continuing growth.

Pakistan had struggled on the global stage but since Prime Minister Nawaz Sharif’s election win in 2013, sweeping reforms have enabled the Pakistani economy to return to prosperity.

The most vital aspect of Mr. Sharif’s actions after taking office was to stabilize the economy and provide a sound and reliable footing for businesses and the private sector. The country approached the International Monetary Fund (IMF) for support in 2013 facing a balance-of-payments crisis that has since been averted. Importantly, however, the Pakistani government has also ramped up reserves at the State Bank of Pakistan (SBP), and in August recorded the highest reserves figure achieved by the country to date.

Such statistics, and Mr. Sharif’s regulatory interventions, have helped to slash the country’s fiscal deficit, which had loomed over Pakistan and topped 8% just three years ago. It has since dropped to under 5%, enabling the country to regain access to international capital markets and implement a long-term strategy for growth.

“These reforms, along with the decline in oil prices, have definitely catalyzed significant improvement in macro economic conditions over the last two years,” he says, adding that reserves have been vital in ensuring stability in the foreign exchange market. Domestic reforms have also been crucial to Pakistan’s recovery and regulatory changes to both taxation and the energy sector have brought returns, delivering real GDP growth.

“The last two years have proven helpful in uplifting the economy of the country,” says Finance Minister, Mohammad Ishaq Dar. “GDP growth was recorded at 4.24%, while the government has managed to bring down the fiscal deficit to 5.3% from 8.8%.”

Elsewhere inflation fell to a decade low of 4.5% earlier this year, compared with 8.6% in 2014, and further monetary easing is expected to help propel a widespread recovery in private sector investment. The result of this, it is hoped, will be improved growth numbers with a real GDP target of 5.5% set for 2016.

Pakistan’s widespread program of reform has cut across many sectors but one of the most important moves was to reduce costly and inefficient electricity subsidies which have been slashed from 2% to just over 0.5% of GDP this year. Further drops are expected, until the figure reaches around 0.3% in 2016, and Mr. Wathra says the result of such actions has been to create a more buoyant macro environment for the country that “has already allowed SBP to focus on growth, and reinforce transmission of monetary policy.”

Mr. Wathra is also keen to see SBP expand its remit and the formulation of an independent monetary policy decision-making committee would enhance operational independence of the State Bank as it pursues price stability, he says.

While some reforms have come as a direct result of Mr. Sharif’s policies, Pakistan has also benefitted from the global slump in oil prices. As a net importer, the result has effectively been a cash injection for the country that perhaps fortuitously arrived as the government itself focused on tackling the country’s infamous energy shortage issues.

“The IMF Executive Board welcomed the authorities’ commitment to economic reforms and noted that economic activity in Pakistan is picking up pace and vulnerabilities are gradually receding. At the same time, it called for continued efforts to lock in the recent macroeconomic stability gains as well as for maintaining the momentum of structural reform to achieve high and durable growth over the medium term”

Electricity outages are commonplace and the infrastructure for both creation and supply of power across Pakistan has hindered the country for decades, stunting economic development and providing constant challenges for the populace as a whole.

Efforts are now being made across the energy sector and there are plans to entice international investment to develop infrastructure and supply projects. Chinese companies have been quick to make the most of the considerable opportunities on offer while the recent agreement between the US and Iran looks set to kick start Pakistan’s oil and gas industry, with the country strategically placed to benefit on many fronts.

Furthermore, Pakistan’s tax system has been revamped with numerous Statutory Regulatory Orders, or SROs, that allow loopholes for tax exemptions and concessions to be closed. These changes have come hand-in-hand with improvements to the country’s trade regime with some initial steps on improving the business climate and the privatization of public enterprises already underway.

These reforms have been included within Pakistan’s Vision 2025 project, which outlines a roadmap for the country and aims to move the Asian nation into a group of upper-middle-income countries within a decade. To achieve this, a GDP growth of around 8% will be required between 2018 and 2025, something Mr. Wathra says can be achieved by focusing on developing the workforce, ensuring sustained and indigenous growth, and maintaining governance through institutional reform and modernization of the public sector.

“We know achieving this high growth will be challenging,” the SBP chief says, who admits that reaching the target while dealing with terrorist threats and issues such as climate change will require persistence.

Yet Pakistan has become one of the more stable countries in the region over the past two years and its macro economic outlook is largely positive. Its IMF program is on track and ratings agency Moody’s recently upgraded Pakistan’s credit rating by a notch, reflecting a “stable outlook”, something noted by the country’s finance minister.

Mr. Dar says the upgrade is “recognition of Pakistan’s robust economic performance that the foreign exchange reserves are at a record high today and exceed $18.5 billion.”

And Mr. Wathra says the buoyant economy means longer term strategies can now be put into play. “Fortunately, these positive developments and improving business sentiments have created much needed room for the policy makers to focus on a comprehensive reform and growth strategy. To further strengthen this hard earned macroeconomic stability and to unleash the growth potential, Pakistan is following a well-defined reform process to deal with structural rigidities.”

Key strategies include the privatization of loss making public sector enterprises, which will free up fiscal resources and - with improved tax revenues - mean more money can be injected into vital infrastructure developments.

Private sector investment is also expected to surge as companies are enticed to assist with Pakistan’s energy shortage while companies from the US are increasingly interested in forging ties with the oil and gas sector in the country. The China-Pakistan Economic Corridor (CPEC) is also set to provide further avenues for foreign direct investment, and the construction sector is poised to boom.

“It is set to gain from mega infrastructure projects and growing private sector residential projects,” adds Mr. Wathra. “Work on road construction under CPEC is likely to gather pace during the year and the manufacturing sector will be a major beneficiary as the construction and allied industries are likely to gain from this increasing activity.”

Such a positive outlook is driving interest amongst investors and the financial sector is proving particularly attractive, with a consistent track record of profitability. The industry still has considerable room for expansion, with only 12% of the country’s 180 million population having access to financial services meaning growth prospects aplenty.

“Positive developments and improving business sentiments have created much needed room for the policy makers to focus on a comprehensive reform and growth strategy. To further strengthen this hard earned macroeconomic stability and to unleash the growth potential, Pakistan is following a well-defined reform process”

“Not only are large banks performing well, middle-tier banks have also evolved into good shape in terms of growth, profitability, and solvency,” Mr. Wathra says. “Being an emerging economy with decent projected GDP growth figures, there is enormous room for expansion in our banking sector. Our national investment policies are quite liberal, and we welcome foreign investors; they not only bring in investments in our country, but also share with our banks their experiences of business model and governance.”

The combination of an improved regulatory system, political reform and the added boon of low oil prices have all combined to help Pakistan’s economy grow on a sustainable basis, while an improved security situation is helping to grow confidence in the country. But Mr. Wathra is keen to attract investors for both finance and their expertise in order to help put the nation onto the right track to achieve its Vision 2025 target.

“With improved security situation and a more comfortable external account, foreign investors are now tracking Pakistan. And why not? This country offers immense potential due to a large domestic market, as well as its geographical location that provides a gateway to central Asian countries.”

“The first tangible success is the start of development work on infrastructure and energy projects under the CPEC. While China is increasing its stakes in Pakistan in various other sectors like telecom, and renewable energy, Japanese investors have also shown keen interest in investing in Pakistan’s automobile sector and coal-based energy projects. Similarly Russian and Korean firms are also planning to enhance investment in Pakistan’s infrastructure and energy sectors.”

The US is also a major source of FDI in Pakistan, with a total stock of US$1.2 billion. In 2015, it had a share of 32% of total net inflows, according to Mr. Wathra, with energy and information technology sectors proving particularly attractive for American investors. The oil and gas exploration sector still has “a lot of potential” as well, he adds.

The two countries have already agreed to facilitate and accelerate private investment in clean energy projects with the aim to add at least 3,000 megawatts to Pakistan’s national grid within the next three to five years and there are also plans to cement export ties between the nations with a Bilateral Investment Treaty (BIT). While the US has supported the country in its fight against terrorism, Mr. Wathra is clear that he wants to see concentrated efforts on improving trade - and not simply receive aid payments, yet another clear marker of the growth ambitions that Pakistan now holds.