Article - December 18, 2013
Recent improvements to infrastructure have contributed significantly to per capita growth 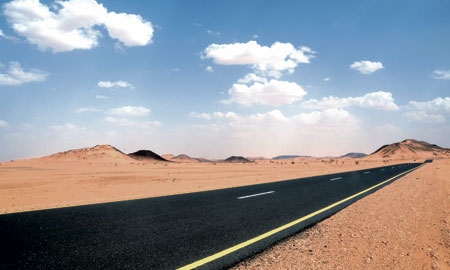 On the back of the wealth generated by the country’s oil boom in the last decade Sudan has heavily invested in expanding its infrastructure, and according to a recent World Bank report, such improvements have contributed significantly to the country’s per capita growth.
Amongst the most notable of infrastructural achievements is the more than quadrupling of its power generation capacity (since 2005), the huge liberalisation of the ICT sector and the connection to an undersea fibre-optic cable.
Substantial progress has also been made in the transport sector thanks to a combination of greater public spending and foreign investment. Firstly, increasing trade has led to higher freight traffic at the country’s ports, meaning the Sudan Port Authority has generated significant revenues for a series of upgrades, thus leading to Port Sudan becoming a major regional feeder port.
What’s more, Sudan has also become a strong international air gateway, with per capita plane seats higher than any of its neighbours and enjoying good connectivity with the Middle East, Europe, Ethiopia and South Sudan via Khartoum International Airport.
In terms of roads meanwhile, its network has more than doubled in length since 2000 following the construction of good quality highways linking major urban centres, while water supply and sanitation is also steadily improving with a 78.5 per cent rise in the availability of potable water during the same period.