As an Afro-Arab nation, Sudan enjoys all the economic potential of Africa, whilst also taking advantage of its deep-rooted Arabic cultural heritage to forge strong political and economic links with the other Arab countries 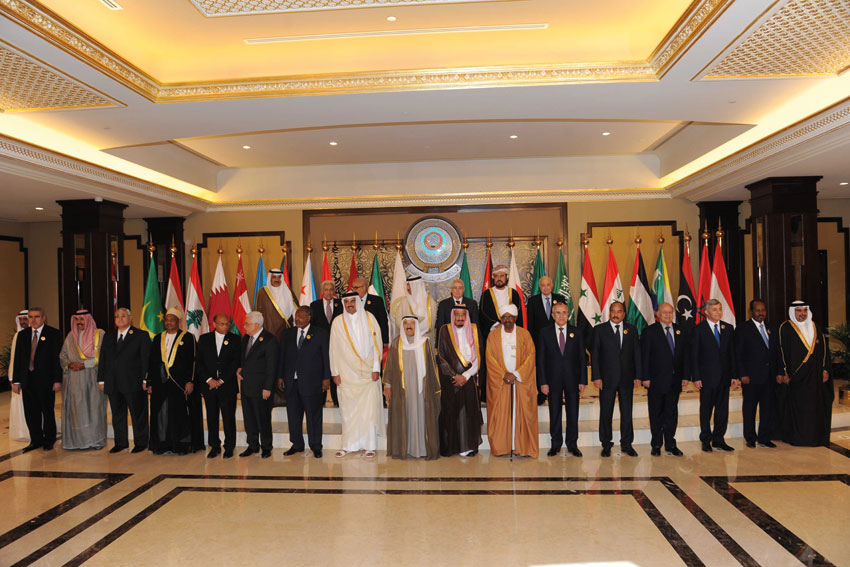 Given its dual African-Arab heritage, it is often said that Sudan is the primary link between Africa and the Arab world. Owing to its strategic geographical position on the east African coast of the Red Sea, it is not only seen as the point of confluence for the two identities, but also a hub for trade and transport between the two regions.

Indeed thanks to the ties it shares with the Arab world, Sudan has been an important gateway for Arab investment, with Gulf countries particularly keen on developing their trade and investment relations with the African continent; one rich with natural resources and investment opportunities.

Sudan has key economic links with the Gulf, and is an active member of the League of Arab countries, African Union, the Organization of Islamic Cooperation and the Greater Arab Free Trade Area (GAFTA). The country also exerts efforts to activate projects of the Arab Economic Unity, develop African economic institutions and support the projects of economic cooperation and development between Islamic countries. Moreover, Sudan hosts the Arab Bank for Economic Development in Africa, the Arab Organization for Agricultural Development, and the Arab Authority for Agricultural Investment and Development, while Sudan’s economic and investment projects also get support and sponsorship from the Islamic Development Bank.

In terms of Arab investment, the trend toward agricultural development in Sudan has been witnessing particularly strong growth, with large interest in Sudan’s animal production and agro industries – thought to have the potential of providing a food basket for the Arab world. Indeed Sudan has now implemented the directives of the Arab Food Security initiative, which was approved in the Arab Economic Summit recently.  With this agricultural trend showing continuous progress as Gulf countries look to increase investments in portions of Sudan’s fertile lands,  Arab countries also continue to invest heavily in Sudan’s other sectors. Sudan's finance minister announced in 2014 that Gulf countries would start new investments in mining, banking, services, energy and industrial projects.

The Minister of Finance described the economic relations between Sudan and Arab countries as very positive, paying particular appreciation to the continuation of Arab financial support in Sudan, and saying that he expected further economic cooperation in the very near future.

Historically, such great cooperation has regularly been seen between Sudan and Kuwait, and the Kuwaiti Ambassador in Sudan Mr. Talal Mansour Al Al-Hajeri has assured that his country will work to “enhance the strong relationship.”   The Ambassador explains: “In 1962, we granted Sudan the very first loan of its kind through the Kuwaiti Fund for Arab Economic Development (KFAED). This year, the Government of Sudan and KFAED signed the 26th loan, given to Sudan for the benefit of minerals.”

Through the KFAED, Kuwait has established a wide-range of assets in Sudan’s private sector, such as the Kuwaiti Sudan Hotels Company, with other investments in the agriculture, commercial and food sectors, including a 30% share in Kenana Sugar Company. The Kuwait Fund is also funding some of Sudan’s dam projects, while, Kuwait’s Zain Telecom has become one of biggest telecommunication companies in the country.

Saudi Arabia is also one of Sudan’s most important trade and investment partners, with massive Saudi investment seen across the whole of the country’s industries. To this effect, the Saudi government is encouraging Saudi businesses to help continue this great relationship.

"Saudi Arabia has strong ties and well rooted relations with Republic of Sudan,” says Ambassador of Saudi Arabia to Sudan, Faisal H. Moalla. “Sudan is a country full of investment opportunities of agricultural, industrial, and mineral resources.  From this podium, I urge Saudi investors to invest in Sudan.”

The Emirates have likewise contributed strongly to investing in Sudan. They have given their support for large-scale national projects, especially in infrastructure development. The country has also made significant contributions to many industrial projects, agricultural projects, as well as the contraction and services sector, including hotels and communication, while Sudan also hosts a number of Emirati banks.

President Omar Hassan Al-Bashir’s visit to the United Arab Emirates and Saudi Arabia in March 2015 achieved a qualitative shift that pushes these relations towards a wider horizon, and opens more economic and investment cooperation opportunities.  Meanwhile, the convening of the Sudanese-Kuwait ministerial committee headed by the ministers of Foreign Affairs of both countries in February 2015 in Kuwait also contributed to agreement on many important projects that will be implemented in the near future.

Among other Arab countries, Qatar is also considered a main supporter to the Sudanese government and one of the largest investors in many fields.