Spending on construction and infrastructure to reach $7.3bn in 2015

The Suez Canal Zone development, the New Capital City and a string of other large-scale construction projects will form the foundation of the new Egypt and ensure that the country’s building boom will last for years to come 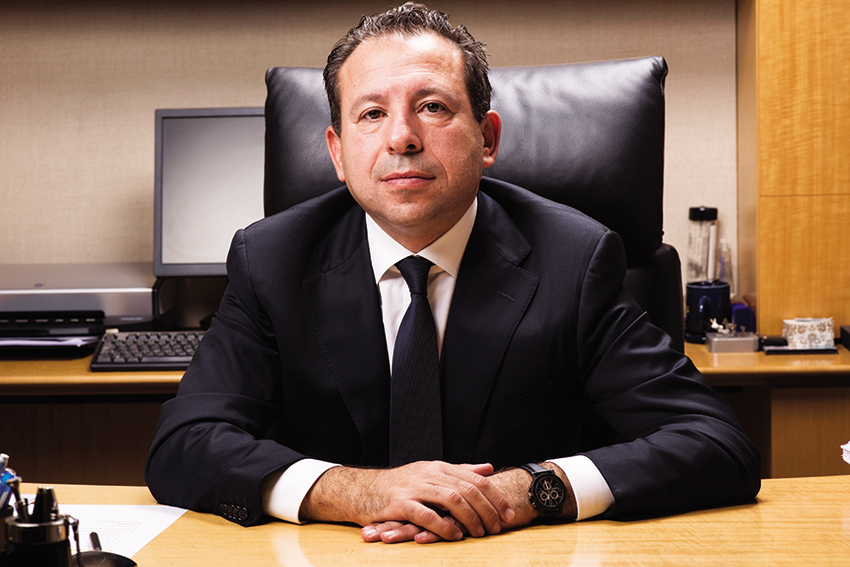 Perhaps not for thousands of years has Egypt experienced such a boom in construction like that which is taking place today due to plans for unprecedented public and private investment encouraged by the government of President Abdel Fattah El-Sisi.

As in ancient times, new structures are popping up all over the country. Not to erect towering pyramids, columned temples and luxurious palaces for rulers and priests, but rather mega-construction projects – civil, residential, industrial and leisure – aimed at helping to usher tens of millions of Egyptians into the 21st century.

According to industry analysts, spending on Egypt’s construction sector should top $7.3 billion by the end of this year, with much of that – $6.7 billion – earmarked for non-residential projects like the expansion of the Suez Canal and developing 75,000 square kilometers (30,000 square miles) of land along the strategic waterway’s route for industry and infrastructure.

And this global figure was calculated even before the Egypt Economic Development Conference was held in March, where additional mega-projects were announced, such as plans for a new Egyptian capital city projected to cost up to $70 billion.

At the conference, also attended by U.S. Secretary of State John Kerry, Minister of Housing Mostafa Madbouly said the new capital project was necessary as Cairo’s current population of 18 million was expected to double between now and 2055.

While these government-sponsored projects are underway, at the same time, private sector investment is pouring into factories, office blocks and major shopping centers that are springing up across the country, all of which will create jobs for Egypt’s burgeoning youth demographic now and for many decades to come.

In one project alone, retail developer Majid Al Futtiam of Dubai has announced plans for a $2.3 billion investment over the next five years for four mega-malls and almost three dozen hypermarkets which will account for a total of 40,000 new jobs.

Housing is also a top priority for the Egyptian government as demand for home ownership increases among the growing middle class. In 2015, an estimated $600 million will be spent on residential construction spurred by new government initiatives to ease housing finance and the development of new residential areas.

Construction firm Arabtec of the United Arab Emirates, for instance, last year said it would erect one million affordable homes costing $40 billion with the backing of the Egyptian and Abu Dhabi governments.

Meanwhile, one of the Middle East’s leading construction and engineering firms, Orascom Construction Limited, is expected to play a major role in many of the new projects being promoted by the government which should mean fresh opportunities for local operators, argues CEO Osama Bishai.

“Personally, I’m very optimistic from a business and construction perspective as there is a strong focus on stimulating the economy through infrastructure projects and developing a better platform for foreign investment.

“The current administration has a tendency to encourage local contractors which will create more experience within Egypt rather than forcing the sector to become dependent on foreign contractors regarding technical skills,” he says.

Mr. Bishai states that the challenge lies in sustainability with the country needing a long-term plan utilizing a model for at least four to five years.

As a contractor, Orascom can only plan ahead for a period of 18 to 24 months, the usual lifetime of a project.

“We hope that within the next few months there will be a master plan for the next five to seven years outlining where to invest and how much money should be earmarked for various projects,” he explains.

Orascom is well positioned for the future, thanks to its vast experience in the market as well as its global connections.

Founded in 1950 as a small construction firm in Upper Egypt, it grew swiftly and made its first foray overseas in 1985 when it set up the Contrack company in McLean, Virginia to pursue U.S. AID and U.S. government-financed projects in Egypt.

A series of successes followed, including an initial public offering on the Egyptian Stock Exchange to become the largest company on the bourse, an ambitious overseas expansion campaign and the winning of a range of contracts on some of the most prestigious projects in the Middle East.

Now, thanks to the ambitious initiatives proposed by the El-Sisi government, the group is eagerly looking forward to the opportunities at home and the chief executive is confident Orascom will benefit.

“We are not an outsider who has been invited to look into Egypt,” Mr. Bishai says. “We know Egypt, we are committed to Egypt and we are bullish about Egypt and for us the expectation is to attract more foreign direct investors.

“As a contractor, when these investors come in, we realize that these firms will need to build something at some point so even if I am not a direct beneficiary of  this construction, it increases the overall market share which allows me to gain more work whether through this opportunity or another.”

Along with sustaining Egypt’s growth, the CEO says the second most serious challenge will be maintaining the fiscal discipline to manage FDI, spending, foreign currency and reducing subsidies, among other issues.

“But from a business standpoint, I think our biggest challenge is the availability of talent and human capital within the next five years as there has been a talent drain flowing out of Egypt to the rest of the Middle East, Canada and the United States.”