More than two weeks on, with the initial emergency response shifting to the early recovery phase, the government is urgently appealing for support to provide prefabricated housing to the thousands left homeless by the disaster 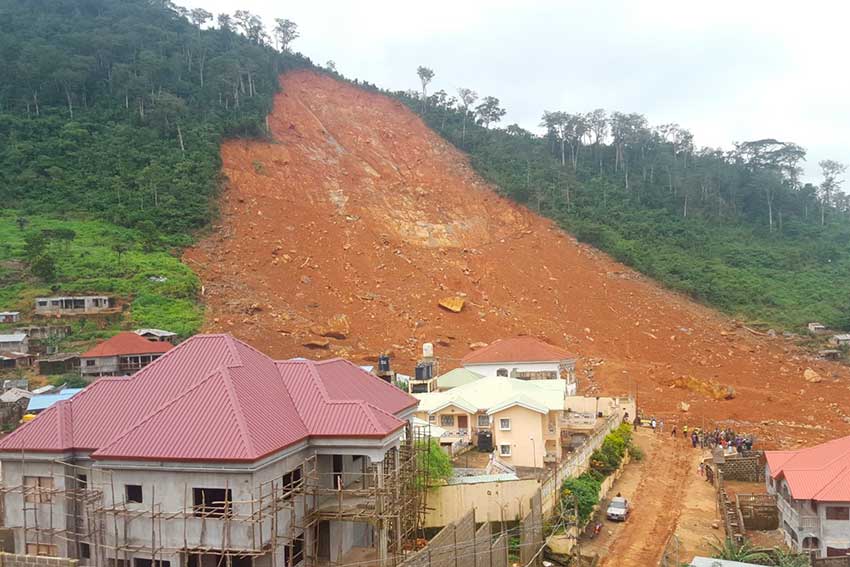 The emergency response and recovery continues in Freetown, Sierra Leone, following a devastating flood and mudslide on August 14 that mainly affected the Regent area of the capital, which has left more than 500 dead, 800 missing and upward of 4,000 homeless. The event has been recognized as one of worst natural disasters in Africa in recent years.

In an update report released on August 26, the United Nations Disaster Assessment and Coordination states that “the situation is starting to stabilize and to shift from the initial lifesaving response to early recovery phase.”

President Ernest Bai Koroma has appealed for urgent help from international partners to provide support for this recovery phase – with the construction of housing for those left homeless by the disaster being a top priority for the government at this stage.

“I can authoritatively say that as of now we have received lots of medical and other relief supplies. The focus now is principally on housing – preferably prefab housing to urgently relocate those who are displaced and crammed into classrooms and other makeshift structures that are lacking in basic hygiene facilities,” presidential assistant, Sheriff Mahmud Ismail, told The Worldfolio.

Health and hygiene is another concern. The UN’s World Health Organization is working with the government on several contingency plans to mitigate the possible outbreak of diseases such as cholera and malaria as a result of the disaster and ongoing flooding. These include a three-month cholera preparedness and response plan, and enhanced surveillance for five priority conditions in high-risk affected areas.

Oxfam has delivered water and hygiene kits to 2,000 households to prevent the spread of cholera, while the International Organization for Migration is supporting the decontamination, cleaning and personal protection for burial teams and hospital staff.

So far, the U.K. has said it will provide $5 million to support the recovery, while China will give $1 million to the Sierra Leonean government through its embassy in Freetown. Turkey, Qatar, Morocco, Nigeria, Ghana and Ivory Coast have responded with relief supplies, while the U.S. will donate $100,000 through the U.S. Agency for International Development (USAID). South Africa has pledged $615,000.

Smaller nations such as Togo and Ireland are also amongst the biggest donors, with the two pledging $500,000 and $400,000 respectively. The largest private donation has so far from come from Nigerian banker and philanthropist Tony Elumelu, who will give $500,000.

But while millions of dollars of donations have come in from nations across the world, the government is concerned about a repeat of what happened during the response 2014-15 Ebola epidemic, where much of the funds went through intermediaries instead of actual beneficiaries.

“In fact, at this stage we prefer direct support to the government, preferably in the form of materials for the construction of new settlements. This will allow the government to relocate over 4,000 affected people in the short term and those in disaster-prone areas in the medium term,” Mr. Mahmud Ismail emphasized.

By Jonathan Meaney, Chief Editor at The Worldfolio