Sierra Leone and China continue strengthening their partnership, while Brexit opens new opportunities for historical ties with the UK

In a fast-changing global political environment, Sierra Leone’s strong relationships with both East and West set it in good stead for the future. With membership of the Commonwealth and friendly ties with China both to its advantage, the country’s government now seeks to open new avenues of collaboration and investment. 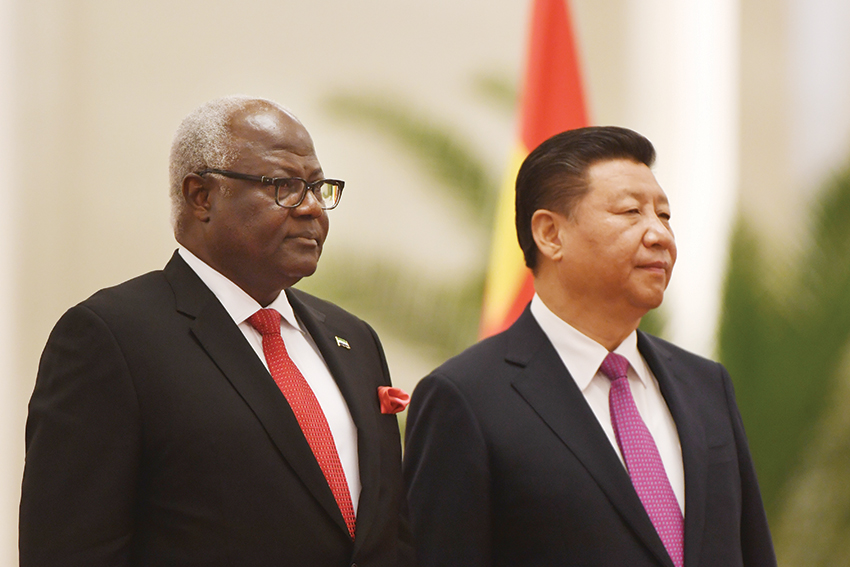 As China seeks to widen its sphere of influence within Africa, its relationship with Sierra Leone, which counts the Asian powerhouse as its largest trading partner, has been elevated to a Comprehensive Strategic Partnership of Co-operation.

“Our relationship with China is based on strong roots,” says Momodu L. Kargbo, Minister of Finance and Economic Development. “Sierra Leone was one of the countries that decided to be bold and nominate the People’s Republic of China to the United Nations Security Council against Taiwan in 1971. We have always had a special relationship with the Chinese. Here in Sierra Leone, we enjoy the presence of Chinese companies at different levels, some as contractors and some as investors.”

The upgrading of the relationship comes at an important time for the West African country as it shakes off past economic woes to work toward both the Global 2030 Agenda for Sustainable Development and the national Agenda for Prosperity. In a December 2016 meeting in Beijing, Chinese President Xi Jinping and Sierra Leonean President Ernest Bai Koroma witnessed the signing of co-operation documents after talks which covered areas including diplomacy, economy, infrastructure development and health, while the Chinese president urged domestic enterprises and financial institutions to “actively engage” in infrastructure building and mining in Sierra Leone for mutually beneficial co-operation.

Thus far, China has invested about $1 billion in Sierra Leone’s mining and timber industries, but the relationship between the two countries goes beyond purely economic interests. Indeed, Sierra Leonean officials are keen to point out that when Ebola struck their people, the Chinese government wasted no time in putting together a chartered flight full of medical supplies that was the first to arrive in the country. “Sierra Leone is ready for business and we still rely on our British friends to come, invest and trade with us. We are looking forward to strengthening our partnership with the UK in this post-Brexit era”
Dr Samura M.W. Kamara, Minister of Foreign Affairs and International Co-operation

“The relationship between the two countries has always been based on mutual trust, respect and win-win,” said Mr Xi.

Meanwhile, as the Brexit vote causes uncertainty among Britain’s global trading partners, Sierra Leone is taking a pragmatic approach to its relationship with the former colonial power. The UK is currently the biggest bilateral donor in Sierra Leone, with a projected £428 million in overseas development aid destined for the country for the period between 2014 and 2019. Projects include the £4 million construction of 225 new classrooms across the country, improving school conditions for a targeted 63,000 children by June 2017. Sierra Leone will also be the first country participating in the UK’s Energy Africa campaign, which will launch a series of renewable energy initiatives to eradicate energy poverty in the country via solar solutions and off-grid technologies. But the African nation now seeks more of a relationship of equals.

“We are pursuing a stronger and more sustainable and green growth for Sierra Leone and different developments are ongoing across the country. In all these efforts, the UK must remain our strategic international partner, not only regarding official development aid, but beyond,” says Dr Samura M.W. Kamara, Minister of Foreign Affairs and International Cooperation. “Sierra Leone is ready for business and we still rely on our British friends to come, invest and trade with us. We are looking forward to strengthening our partnership with the UK in this post-Brexit era,” he adds.

Some UK companies, such as Standard Chartered Bank, are already there, while British law firm Herbert Smith Freehills has provided over £1.5 million worth of free legal advice to the country’s government in support of its development goals. AMR Gold, another British-run firm, is playing an active role in the post-Ebola rehabilitation of the Sierra Leonean mining sector. Many more are exploring options in the West African country, as demonstrated by the reception of its most significant post-Ebola investment outreach, the UK-Sierra Leone Trade and Investment Forum. Held at London’s Sheraton Park Lane Hotel in February 2016, the event welcomed over 200 delegates interested in investing in areas such as extractives, agriculture and infrastructure.

As the Brexit vote causes uncertainty among Britain’s global trading partners, Sierra Leone is taking a pragmatic approach to its relationship with the former colonial power

Speaking at the event, British Minister for Africa James Duddridge highlighted Sierra Leone’s rich mineral deposits, huge potential in renewable energy, strategic shipping location and millions of hectares of fertile agricultural land and abundant fish stocks as plus points for British investors. “This country’s strong historic ties with Sierra Leone, our long-term friendship, together with the familiarity with English, present UK companies with a unique advantage. I urge you to seize it with both hands,” he said. And hopes are also high for the possibility of increased trade flows between the two countries as the UK leaves the European Union (EU).

“Brexit opens a new opportunity for Sierra Leone to negotiate a new trade deal with the UK beyond the EU,” says Minister Kargbo, who adds that he is convinced that the two nations can enhance their commercial relationship, particularly as the UK looks to the Commonwealth in order to increase its access to commodities, raw materials and new markets as it moves forward with its post-Brexit strategy.