In order to satisfy a key vision of the Amir of Kuwait, the country’s young people are encouraged to be highly active participants in both the political and economic spheres. 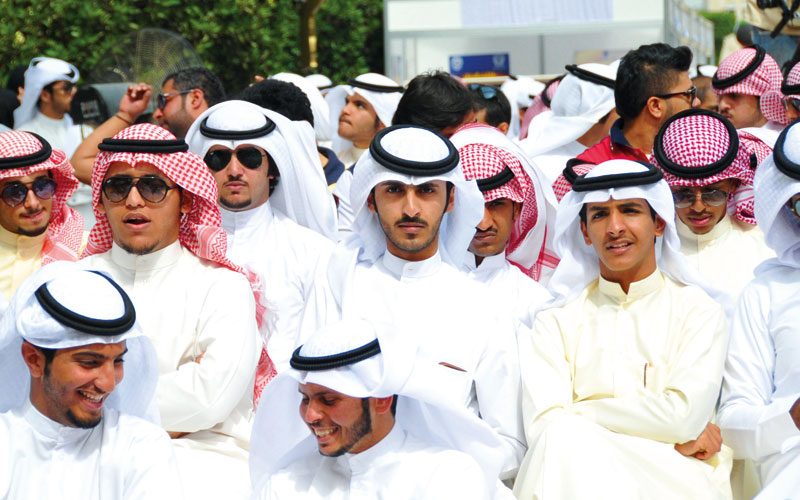 HIGHLY EDUCATED WITH RELATIVELY FREE ACCESS TO VARIOUS FORMS OF MEDIA, THE YOUTH OF THE ARAB WORLD TODAY EXPECT THE RIGHT TO HAVE A VOICE AND TO SHAPE THEIR OWN FUTURES
SHARE

The youth of the Arab world today are very different from the generations before them. Highly educated with relatively free access to media, social media and digital information, they have high expectations – expectations that have heightened their desire to have a voice and to shape their own futures. There is no doubt that suffocation of this desire was one of the chief catalysts of the Arab Spring.

Kuwait managed to avoid the upheaval that spread across many parts of the Middle East and North Africa in December in 2010. This is perhaps as a result of the government’s commitment to youth empowerment and development, to fostering talent and entrepreneurship, and to investment in the bright ideas of young people. The Kuwaiti government is acutely aware that economic development and diversification will be directly related to how committed they are to youth development and education.

“The youth represent 61% of our population, so ignoring them is a death sentence. We cannot predict exactly what the youth will do to stimulate economic growth but we believe that we need to create for them an ideal atmosphere for exploration and innovation,” says Sheikh Salman Sabah Al-Salem Al-Humoud Al-Sabah, who serves as both the Minister of State for Youth Affairs and Minister of Information.

“Youth empowerment was implemented to encourage communication between the political leadership and youth groups, and to develop youth participation on social issues like national unity, democracy, freedom of expression and decision-making, economic development, and plans to tackle radicalism, fanaticism and tribal division.”

The Sheikh’s post is a relatively new one. The Ministry of State for Youth Affairs was established last year and – along with other youth-centered initiatives like the National Youth Project and Youth Convention Kuwait – represents a clear symbol of the Kuwaiti government’s vigor to engage with the young generation and drive youth development.

“The establishment of the Ministry of Youth Affairs has made their voices heard through an authentic and an official channel to implement their ideas and be part of Kuwait’s economic future. The youth above all need to be heard and trusted,” explains the minister. “They also need to be the state partners in planning their future through Kuwait’s future.”

Indeed, for this to happen, a full range of reform is a requisite – starting from the education system, legal reforms and economic incentives. However, Sheikh Al-Sabah acknowledges that the state alone cannot handle all of this: “The whole of society, including the private sector and the civil organizations, should take their responsibilities towards creating new opportunities for the youth.”

The Amir of Kuwait’s concern for his country’s young people is what ultimately led to the establishment of the youth ministry. The National Youth Project is another result of the Amir’s vision for Kuwaiti youth and the country’s future. Through their participation in an advisory body that sets official government policies, the National Youth Project’s young members have an input into how their country is run.

These youth initiatives are not solely allowing active youth participation in the political sphere, but in the economic and business sphere as well. The government has given young people facilities to invest and create enterprises by establishing a special fund for this of about $10 billion. The fund will invest in promising Kuwaiti start-ups; it solidifies government commitment to Kuwait’s innovative young people and to creating a thriving SME sector.

Kuwait’s engagement of youth could serve as a model for many countries in the region because the establishment of this kind of relationship between the government and its young generation is one of the few ways in which these countries can secure economic development not tied into oil and natural resources.

“Working hard together is what we need to do for a better and brighter future for Kuwait,” declares Sheikh Al-Sabah. “This is the time where miracles can and will happen. It is Kuwait’s time to shine. With my help the youth can turn the impossible into the possible.”