Turning a vision into reality 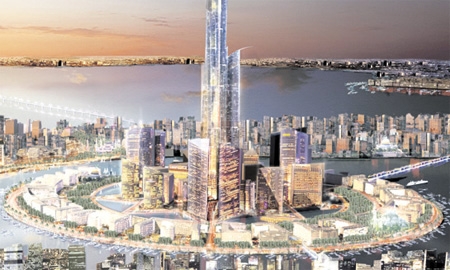 SOME OF THE MEGA PROJECTS UNDER THE KDP: THE NEW “SILK CITY”, METRO LINK AND THE AIRPORT EXPANSION
SHARE

Kuwait’s potential to compete globally as a regional commercial and financial hub has gone unexploited since the Iraqi invasion stalled growth and damaged the country’s infrastructure. Some development projects have been in the pipeline for up to 20 years but have been hindered by the combination of bureaucracy and lack of technical expertise. Also, as a country with a dominating public sector, a much-needed entrepreneurial zest has been missing.

This is changing, however, thanks to the Development Plan 2010-2014 (KDP), the purpose of which is twofold: to diversify the economy away from the oil sector—while also investing in greater oil and natural gas production—and to increase the role of the private sector.

The plan encompasses myriad infrastructure projects, ranging from a new business city, known as Silk City, to the Boubyan Port project, intended to service the growing markets of Iraq and Iran.

While the government aims to increase private sector participation, rather than capital investment, Kuwait seeks transfer of knowledge and technologies, especially from future U.S. partners.

“We have a very good cash flow situation. We are doing this to change our economic model, not because we need money,” comments the man who is overseeing the implementation of the Development Plan, Sheikh Ahmad Al-Fahad Al-Sabah, Deputy Prime Minister of Economic Affairs, Minister of State for Development Affairs, and Minister of Housing.
Working under the auspice of the Ministry of Commerce & Industry, the Kuwait Foreign Investment Bureau (KFIB) works to improve conditions for foreign investors. For example, the KFIB passed legislation that slashes tax paid on net profits by foreign companies from up to 55% down to a flat 15%.

“KFIB works to streamline the business environment and reduce bureaucracy,” explains Sheikh Meshaal Al-Jaber Al-Sabah, chief of the KFIB. He adds, “KFIB serves as the first entry point for foreign investors in Kuwait.”

To date, KFIB has approved $1.2 billion in investments into Kuwait, of which 90% are in the manufacturing industries—especially petrochemical—and 7% in services. The latter are mainly for branches of major international banks.

To help future potential investors along, KFIB is currently preparing an “investment map” and is engaged in the development of three economic zones in Abdali, Wafra and Shagaya.

KFIB concentrates its efforts on ensuring a more conducive business climate for both domestic and foreign investments, whether these come through KFIB, PTB (Partnerships Technical Bureau), NOC (the National Offset Company), or others, says Sheikh Meshaal. Coordination Committees have been established to coordinate activities between these three institutions.

The KFIB, PTB and NOC all share the mutual goals of ensuring the availability and development of modern technology, as well as job creation to absorb the increasing number of qualified Kuwaiti graduates.