Article - March 3, 2014
Manama, the capital of Bahrain, was officially declared as the Asian Capital of Tourism 2014 on Tuesday, 26th of February. At Bahrain Fort, the Culture Minister Sheikha Mai Bint Mohammad Al Khalifa and Foreign Minister Shaikh Khalid bin Ahmed Al Khalifa presented the schedule of cultural events that will take place over the next 12 months 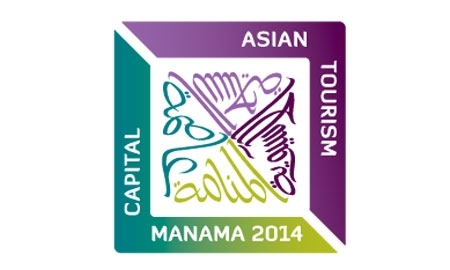 A variety of exhibitions, fairs and festivals will be held over the course of 2014 – including the launch of an all-new annual film festival to be held at the Cultural Hall. Bahrain’s embassies around the world will also be tasked with promoting Manama and the country as a premier tourist destination by hosting a series or arts and cultural events.
"We have a very full schedule of differing and varied events planned here in Bahrain and elsewhere," H.E Shaikh Khalid bin Ahmed Al Khalifa said. “This is an honour for us to have Manama become the first Capital of Asian Tourism and I feel positive and confident that it will follow on from the success of the Arab Capital of Culture events held in 2012."
Selected as the Capital of Arab Tourism in 2013, Manama was chosen as the first-ever Capital of Asian Tourism in the Asian Cooperation Dialogue Forum in November 2013, where senior government officials from 33 countries endorsed the move to promote Bahrain as a tourism hub. Manama will showcase the amazingly wonderful diversity of the Asian continent through culture and art. As Asia’s preeminent tourism destination this year, Manama will be a home for one and all, creating bridges, opening opportunities, and bringing the people and civilizations of this continent of Asia together along the way.
This year is also the Year of the Arts in Bahrain. In line with Manama’s selection as the Capital of Asian Tourism 2014 and the Year of the Arts program, the Kingdom of Bahrain is forming new partnerships with Asian embassies in Bahrain to host special Asian cultural weeks on a monthly basis which highlight the countries’ arts. In parallel, major exhibitions will be held throughout the year from countries such as Turkey, China, Japan, and India. The Kingdom of Bahrain will also leverage this selection to promote its deep-rooted local culture and heritage by organizing Bahraini cultural weeks at its embassies across Asia.
“Next year will be the Heritage Year,” says the Minister of Culture Sheikha Mai Bint Mohammad Al Khalifa. “We try to find a theme each year and it happened by chance that 2012 was the Cultural Year, then 2013 was the Year of Tourism, and this year is the Year of Art and the Capital of Asian Tourism. Next year will be the Year of Heritage.  We have created a name, which in Arabic sounds very nice: ‘torathona thoratona’ - our heritage is our wealth. It means you can be rich through your heritage. Also we always say: ‘alsiaha altoothri’ – tourism for more income.”