Article - April 30, 2014
Whilst just one-third of the country has been explored, Pakistan presents enormous reserves of coal and shale oil and gas. Moreover, the govt offers spectacular incentives to investors 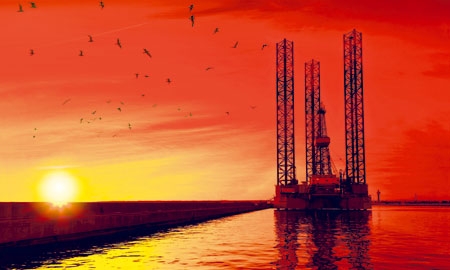 Pakistan sits on the periphery of one of the most prolific oil-producing regions in the world, yet it is hardly known as an oil giant.

The Asian country is home to estimated recoverable oil and natural gas reserves of over 1 billion barrels and some 53.4 trillion cubic feet, respectively, yet of its 320,000 square miles of total sedimentary area, a mere 10 to 20 per cent of this has been explored to date. Moreover, according to the US Energy Information Administration (EIA), Pakistan is a net importer of crude oil and refined products. Whereas domestic oil production has been fluctuating between 55,000-70,000 barrels per day (bpd) over the last two decades, consumption hit 440,000 bpd in 2012.
As the majority of the country’s thermal power plants run on natural gas, demand for the resource is also high and growing, yet local production is limited and a lack of infrastructure means that for now, at least, Pakistan can’t import from neighbouring Iran. By the end of 2012, domestic gas shortage had reached 1.6 billion cubic feet per day (cfd).
The silver lining

This tale of doom and gloom is about to end, however. The simple reason behind Pakistan’s low production is not because of a shortage of resources, but rather an overly passive approach towards hydrocarbon exploration and production during previous governments – which has ultimately accumulated into what is today Pakistan’s worst energy crisis in decades.
Fortunately, the current government is looking for ways to overcome the crisis. The Federal Minister for Petroleum and Natural Resources, Shahid Khaqan Abbasi, underscores the country’s strength in terms of natural resources. “The Sustainable Development Policy Institute’s studies show that Pakistan’s oil and gas reserves are far greater than available reserves in other countries of the region.”
Moreover, Pakistan ranks ninth in the world in terms of shale reserves, ahead of Canada and Indonesia. A report by the EIA in June 2013 highlighted that Pakistan has 227 billion barrels of shale oil, out of which 9.1 billion barrels are technically recoverable with the best use of technology. Consequently, the Ministry of Petroleum and Natural Resources is in the process of devising a strategy to harness available shale oil and gas reserves – most of which are in Ranikot and Sembar, in the lower Indus basin region of the province Sindh.
In 2012, Pakistani geologists carried out a study in the Federally Administered Tribal Areas (FATA, located in a semi-autonomous region in north-western Pakistan), where they discovered seven new oil and gas seepages, leading the scientists to observe that the FATA could compete with Dubai in terms of oil production in five years’ time and could become a ‘new oil state’.
The government’s strong consideration to utilise shale gas and oil as well as its focused attention on exploration and production of domestic resources can certainly help Pakistan to overcome the energy crisis. “Right now, the potential and the estimates are there, but we have to look at how much is technically exploitable, and how much is commercially exploitable,” says Mr Khaqan Abbasi.
Meeting at a March workshop organised by the University of Cambridge and two Pakistani institutions, the Centre for Advanced Studies in Energy (CAS-E) and the University of Engineering and Technology (UET), a team of experts determined that Pakistan’s shale oil and gas resources are sufficient to meet the country’s energy needs for over half a century and would drastically cut down on the $15 billion currently spent each year on energy imports. Moreover, by being such a labour-intensive industry, it could generate jobs for hundreds of thousands of people.
The government is now formulating shale gas/oil exploration policy “to attract investment into these sectors and also to commercially exploit them,” says the minister.
Exploration strategy

Although domestic interest is already high, the Ministry of Petroleum and Natural Resources seeks to further raise international interest in exploiting its hydrocarbon potential, starting with licenses to explore blocks and incentives for investors. In the fiscal year 2013-14, 110 wells are to be drilled to increase the production of gas.
Statistics alone should suffice to incentivise investors. The success rate for the 810 exploratory wells drilled in Pakistan’s sedimentary basins from the 1950s until September 2012, as well as for the 252 oil and gas fields created around the country, is a remarkable 1:3.2. Compared with the international success rate of 1:10, Pakistan would seem a safe bet.
The country’s seemingly endless coal reserves, concentrated mainly in the Thar Desert, are also turning heads. The government plans to convert various power stations to run on coal, thus reducing the cost of power production and better balancing the energy mix.
“We have seen a lot of interest from foreign investors in Pakistan’s energy, power, and oil and gas sectors. For the first time we are using coal power generation and there are huge projects. We are targeting 6,600MW,” explains Mr Khaqan Abbasi.
One foreign company already familiar with the local oil and gas sector is OMV (Pakistan), which has been present in Pakistan since 1990, when it was originally conceived as a joint venture along with Italy’s Eni and local players Pakistan Petroleum Ltd (PPL) and Oil & Gas Development Co Ltd (OGDCL). OMV’s gas production of more than 110,000 barrels of oil equivalent per day from the Kadanwari-Miano and Sawan fields represents approximately 16 per cent of the total gas produced in the country.
For its part, Eni has been directly involved in Pakistan since 2000. Last year, it discovered onshore gas in the Sukhpur Block in Sindh, where production tests found gas flowed at a rate of up to 33 million standard cubic feet per day (mmscfd).
State-owned exploration company PPL is no stranger to joint ventures with private companies. Along with Government Holdings (Private) Ltd and Asia Resources Oil Ltd, it operates Block 2568-18 (Gambat South). The joint venture made two back-to-back gas-condensate discoveries in the block during June and July last year. The first from well Wafiq X-1, with cumulative flow potential estimated at about 40 to 45 mmscfd gas and 280 to 300 bbl/d condensate, and second from well Shahdad X-1 in which initial testing flowed 27.8 mmscfd of gas and 337 bbl/d condensate.
What’s in the new pipeline

In fiscal year 2012, just under half of Pakistan’s energy needs were met by indigenous gas, yet these reserves are rapidly depleting given the country’s voracious appetite for the resource. And it is gas, perhaps, that is the most coveted of power resources there. According to Mr Khaqan Abbasi, gas is used for domestic consumption, gas-fired power plants, fertiliser production, industry and compressed natural gas (CNG). Pakistan currently ranks second in the world for the number of CNG-powered vehicles on the road and has some 3,500 CNG stations operating around the country.
Nevertheless, “the issue is that gas is scarce – we have more demand than supply,” he says, and that is precisely why the ministry is working on a multi-pronged solution. Mid-to-long term solutions include improving the supply of gas through indigenous production and building pipelines to import gas from Central Asia.
“The exploration success ratio in Pakistan is 3:1, which is a high probability but the discoveries of gas are small,” adds Mr Khaqan Abbasi. So for now, “the short-term solution is LNG. Pakistan has tried in the past but not been very successful. We have unbundled the system now. We hope to have the first LNG cargo delivered in November 2014.”