Article - January 29, 2014
Natural reserves potential can change the dynamics for the energy sector and the government is taking momentous measures to make Pakistan energy self-sufficient 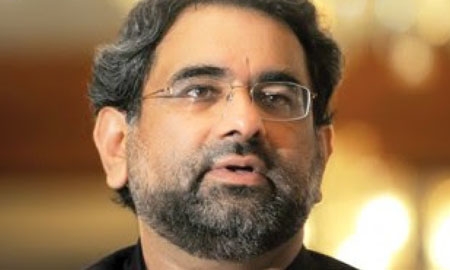 Pakistan is currently grappling with its worst energy crisis in decades. Of the various factors contributing towards the worsening of the energy crisis are the lack of attention from previous governments and the overly passive steps to explore and utilise the natural resources like gas and oil over the years.
However, the present administration is looking for ways to overcome the crisis – something that’s anything but impossible, given the fact that the country’s recoverable natural gas and oil reserves are estimated to be 53.354 trillion cubic feet and over 1 billion barrels, respectively.
The Federal Minister for Petroleum and Natural Resources, Shahid Khaqan Abbasi, underscores the country’s strength in terms of natural resources: “The Sustainable Development Policy Institute studies show that Pakistan’s oil reserves are 33 billion ton of oil equivalent (TOE), gas reserves are 16 billion TOE and hydropower potential 70 million TOE, which are far greater than available reserves in other countries of the region.”
A report by the US Energy Information Administration (EIA) in June 2013 highlighted that Pakistan has 227 billion barrels of shale oil, out of which 9.1 billion barrels are technically recoverable with the best use of technology. Pakistan ranks eighth in the world in terms of shale reserves, ahead of Canada and Indonesia.
The Ministry of Petroleum and Natural Resources is in the process of devising a strategy to make best use of available shale gas reserves. “Within the next two to three weeks we are going to announce shale oil/gas policy; after that in the first phase we want to explore a few wells in potential shale gas/oil areas,” a government official recently told the media. Most of the shale oil gas reservoirs are in Ranikot and Sembar, in the lower Indus basin region of the province Sindh.
That is not the only gas exploration in Sindh. In July last year, Pakistan Petroleum Ltd announced its second gas and condensate find in Block 2568-18 (Gambat South) EL in Sindh. One month later, OMV Maurice Energy Ltd discovered gas and condensate in the Sofiya-2 exploration well, about six miles north of the Mehar gas and condensate field.
In a study carried out in 2012, Pakistani geologists found out seven new oil and gas seepages in the Federally Administered Tribal Areas (FATA). The geologists also observed that the FATA could compete with Dubai in terms of oil production in five years’ time and could become a ‘new oil state’.
Government statistics reveal that the present demand for gas in the country is around 8 billion cubic feet (bcfd) per day, while the met demand is nearly 6 bcfd. Furthermore, the energy crisis has badly affected the economy and the industries, especially textile and fertilisers, thus causing unemployment and closure of factories.
“Right now, the potential and the estimates are there, but we have to look at how much is technically exploitable, and how much is commercially exploitable,” says Mr Khaqan Abbasi. The government’s serious consideration to utilise the shale gas oil can help overcome the energy crisis, perhaps not immediately but in the years to come.