Setting the stage for 20 million tourists by 2019

Indonesia’s Minister of Tourism is committed to doubling tourist numbers over the next three years. This will be achieved by improving infrastructure linking the country’s 10 new up-and-coming travel destinations 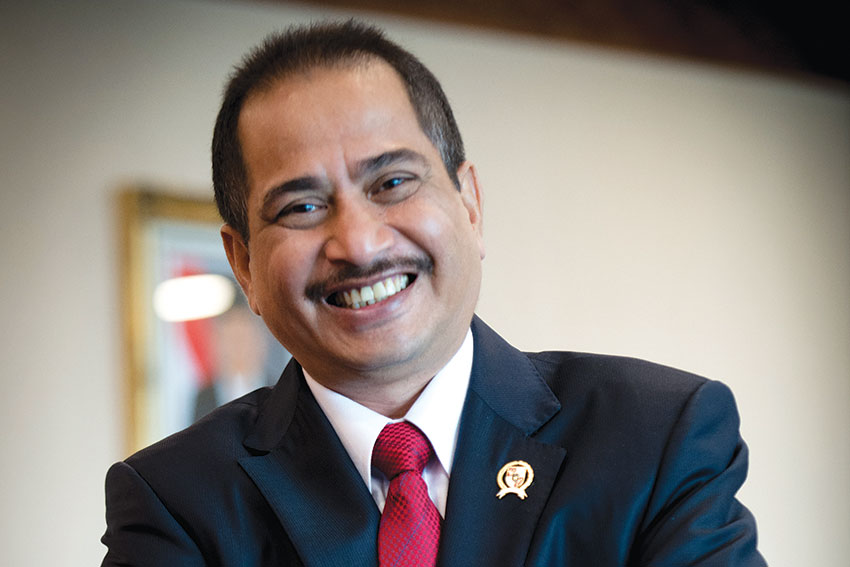 As Southeast Asia’s largest archipelago located at the center of the ASEAN region, Indonesia is incredibly well-placed to grow as a tourism destination. Welcoming locals, endless summer, countless beaches, incredible cuisine, stunning natural heritage, and a unique and varied cultural mix has drawn increasing numbers of visitors to the country for decades.

Bali is perhaps the best known of the Indonesia’s 17,000 islands. From the 1970s onwards this tranquil island of Hindu temples, white sand beaches and forest covered mountains has transformed from an obscure province into an international tourism mega-destination. Since its “discovery” some 40 years ago by Australian surfers and Dutch holiday makers, Bali has served as a gateway destination for the rest of the country.

The popularity of the island opened the world’s eyes to the amazing vistas on offer across the rest of the vast archipelago nation. Today it still dominates the average visitor’s itinerary. According to official statistics, visits to Bali alone account for approximately 45% of Indonesia’s total tourist numbers.

Largely as a result of this lasting international love affair with Bali, there has been a steady growth in the national tourism sector. One driver of this has been the changing makeup of international visitors over the intervening decades. Travelers from Europe, neighboring ASEAN states, other parts of Asia, the Middle East and the U.S. have continued to increase in number during this time.

Although visitors from the U.S. are the premier holiday spenders in the Asia-Pacific region (generating more than $231 billion for the sector in 2015), relatively few visit Indonesia compared with citizens of nearby countries. Chinese and East Asian tourists are coming in increasingly higher numbers and over the last few years have become particularly prominent in Indonesia. For the first 9 months of this year Chinese accounted for roughly one-fifth of overall visitor numbers in Bali, rivaling Australians, who previously were the largest single visitor group.

Altogether, approximately 10.5 million foreigners traveled to Indonesia in 2015, according to statistics supplied by Indonesia’s Ministry of Tourism. Approximately $12.4 billion was generated by these visitors for the country’s economy during this time, a significant livelihood generator.

The government believes that Indonesia can attract significantly more visitors in the years to come, which is completely logical given the tremendous area it has to offer geographically.

In fact, it has set an ambitious goal of doubling the absolute number of visitors by 2019. This would mean bringing in a total of 20 million tourists. If successful, this would lead to the creation of some 13 million new jobs while boosting the economic footprint of the sector to $25 billion.

In order to make this a reality, a war chest of $200 million has been allocated by the Indonesia government to encourage visitation and increase tourist numbers.    The creation of the “Wonderful Indonesia” brand, in addition to a number of initiatives to develop the sector has seen it increase its ranking in the Travel and Tourism Competitiveness Index of the World Economic Forum. Currently, Indonesia is ranked 47th out of 144 countries, according to the 2015 report.

As the tourism sector begins to take shape as a new catalyst for economic growth, the government is taking concerted action to promote new tourist destinations and ensure they are capable of handling rising numbers of holiday makers.
At its core is a policy of promoting Indonesian tourism destinations beyond Bali. Altogether ten specially prioritized tourism destinations have been designated for promotion to absorb increasing tourist numbers.

These destinations, chosen for their location and attractions, are spread across the country. Some like the Borobudur Hindu Temple offer fascinating cultural and religious significance. Others such as the lush volcanic Mount Bromo in East Java or Lake Toba, a vast pristine crater lake in North Sumatra offer spectacular inland adventure. 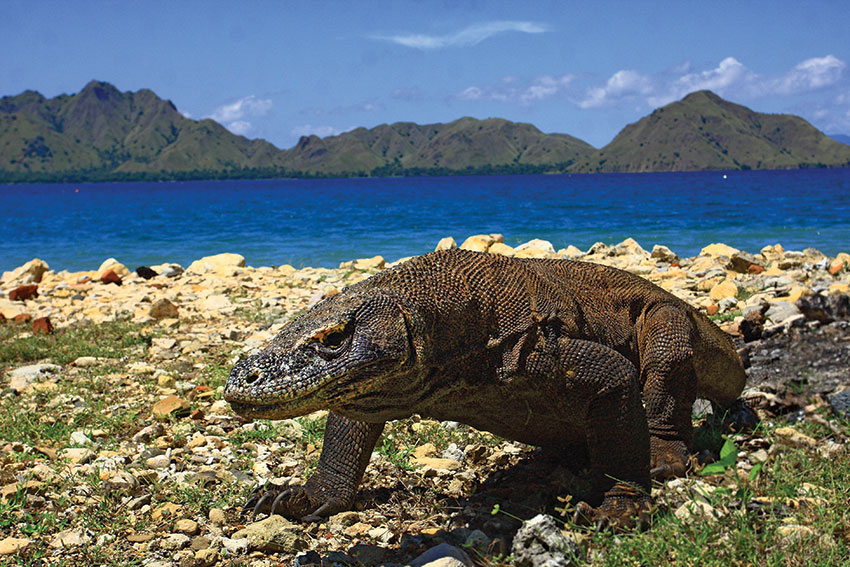 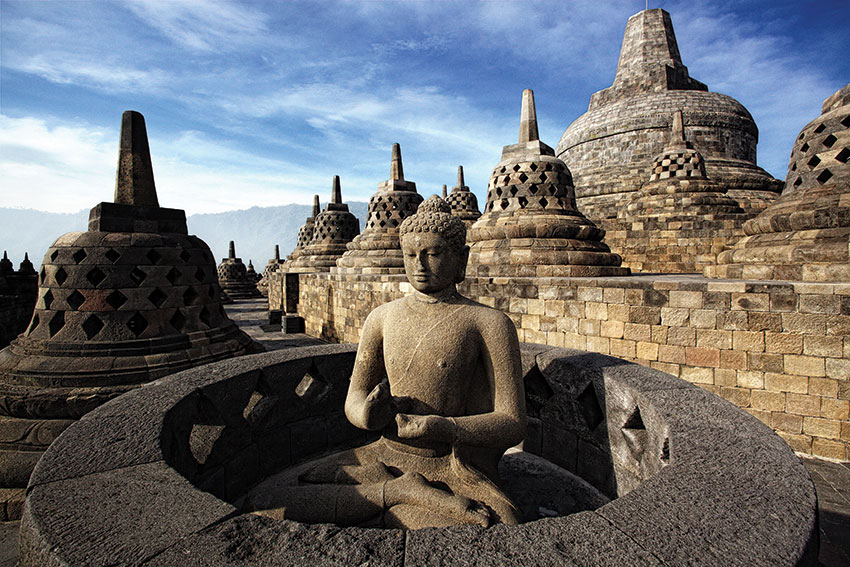 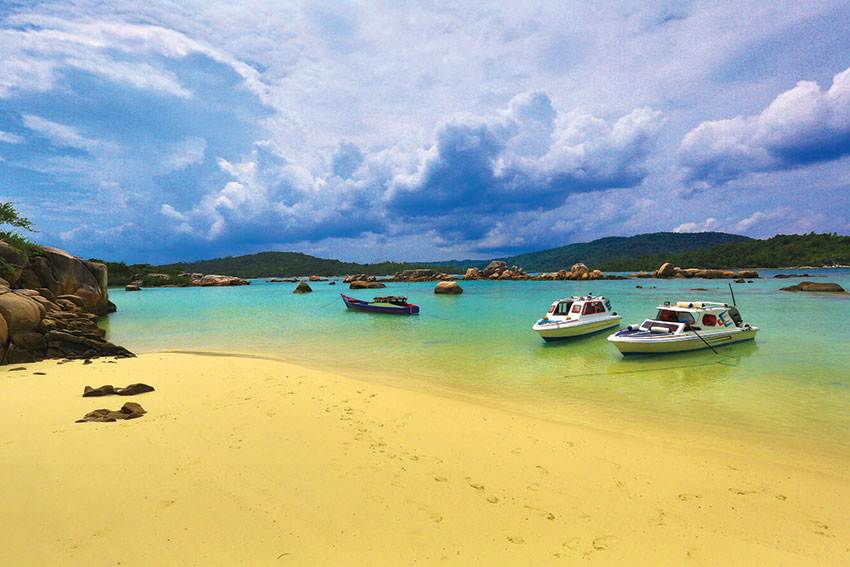 Belitung, Tanjung Lesung, Morotai and the Thousand Islands are all known for their white sand beaches. Komodo Island with its famed dragons, and Wakatobi National Park, an underwater sanctuary, are unique nature reserves. Adjacent to Bali, Lombok has emerged as the center of Indonesia’s family-friendly tourism boom.

However it is not as simple as promoting the destinations and opening the country to a flood of new arrivals. As Napoleon once famously remarked, “Amateurs talk strategy, experts talk logistics”, and this is particularly true for realizing Indonesia’s tourism vision.

In order for increasing volumes of visitors to be able to access and to be absorbed by the ten rising destinations, critical infrastructure has to be built. This includes the construction or expansion of airports, roads, bridges, maritime ports and the related utilities needed to make these developments function.

This comes at a hefty price tag of $20.8 billion – well beyond state allocation for the development of the sector in any country. So in order to raise the funds to develop these new tourism zones, the Indonesian government is working to attract the needed investment by holding international roadshows.

A dedicated project team has toured the ASEAN region meeting with business communities. So far it has succeeded in enticing no less than ten potential large-scale investors who showed interest in building resorts, hotels, theme parks and other amenities in the targeted destinations. Naturally the estimated returns are substantial.

At the time of writing interested investors from the wider region, including China, Hong Kong, South Korea, Australia and Japan are also in talks with the project team. It is also expected that significant investments focused on tourism will be forthcoming coming from Dubai, which invested $1.5 billion in Indonesia last year.

The government aims to transform all ten priority destinations into special economic zones in the near future. Such a move would certainly hasten the arrival of business interest needed to transform these areas into tourist hubs.
In terms of government spending, $122 million has been allocated specifically to developing infrastructure in Lake Toba, Mandalika and Borobudur.  Over the next two years these funds will be spent on a variety of infrastructure projects covering drinking water provision, improved road access, sanitation and housing in these areas.

Lake Toba’s portion will include toll road construction, needed to better connect the remote location with major urban areas. Work in Mandalika will focus on bridge improvement, the expansion of roads maintenance, and the construction of an irrigation network in the central part of Lombok.

Beyond private sector investment and national budget, the government of Indonesia is also seeking to obtain funds from international lending institutions, specifically the World Bank, to cover infrastructure development in these destinations. A loan of $200-$500 million is being discussed to cover the creation of vital infrastructure.

Early steps towards realizing these developments have been positive. In 2015, combined direct investment (both foreign and domestic) in hotels and restaurants totaled $1 billion. This represents an increase of 45% when compared with the previous year.

Importantly, as acknowledged by international lending institutions, red tape and business licensing is being reduced in order to promote growth. In fact there was a five-fold growth in the number of investment licenses approved in the hotel and restaurant sectors in 2015, when compared with the previous year.

In addition to traditional tourism, international forums, conventions and conferences have also driven up visitor numbers. This has especially been the case in Jakarta, Bali, and Batam (directly adjacent to Singapore), which have hosted an array of international events.

The Ministry of Tourism has been increasingly focused on tapping the world’s largest tourism market – China.  To date, Indonesia has welcomed around 1.2 million Chinese tourists. This represents only one percent of the country’s total outbound travelers.

Data collected so far this year already points to a significant increase in overall tourist numbers from other niche markets. Increase in visitation from France, India, and the Middle East in particular has seen double-digit growth when compared with the previous year.

The latter group in particular has been particularly drawn to Lombok, which offers family-friendly approach favored by Middle Eastern visitors. According to official statistics, in 2015 approximately 182,000 tourists from the Middle East and North Africa (MENA) region visited Indonesia. It is expected that by the end of 2016, government planners estimate this number will double to 300,000.

If visitor numbers continue to increase in the same way they have for the first three quarters of the year, Indonesia will come close to achieving its target of attracting 12 million visitors by December 31.

This bodes well for reaching its challenging, though not unobtainable target of 20 million tourists by 2019. With the infrastructure in place, Indonesia will be able guarantee that more visitors than ever before experience a relaxing, unique and enjoyable holiday in this vast archipelago.