Article - December 17, 2012
Even though the aviation sector in Nigeria is going through difficult times, luxury fixed-base operators like EAN are turning around the concept of air travel in Nigeria and beyond 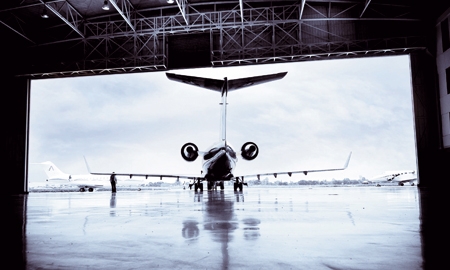 Nigeria’s aviation industry has been going through difficult times after the tragic accident that took place earlier this year. On 3 June 2012, a Dana Air plane with 153 passengers on board crashed in one of the most populated neighbourhoods in Lagos, with terrible consequences for human lives and infrastructure. And the day before, a Nigerian plane had a failed landing in Accra, resulting in 10 passenger deaths. These catastrophes opened a Pandora’s box for the Nigerian aviation industry, which was harshly criticised for inadequate safety standards.

Since then, Nigerian airlines have made great efforts to adapt to international safety standards, limit delays and modernise their fleets. This movement has been prompted both by more stringent government regulations and by commercial considerations such as the need to revamp business. Aviation Minister Princess Stella Oduah-Ogiemwonyi asked that all the airlines operating in Nigerian airspace adhere to the safety measures set by the International Civil Aviation Organisation by December. Those that do not comply will lose their license. Furthermore, the General Manager of the Civil Aviation Authority, Dr Harold Demuren, has expressed a commitment to modernising and personally supervising all the control towers and radars in the airports.

The sector received a boost in October, when Nigeria hosted the sixth summit of the D-8 Working Group on Civil Aviation (D-8 WGCA) in Abuja. The Developing-8 or D-8, an organisation comprising some of the most populous developing countries in the world – Bangladesh, Pakistan, Nigeria, Iran, Indonesia, Malaysia, Egypt and Turkey – is an important player in the global aviation industry. The annual meetings of civil aviation representatives in the eight member countries are meant to address the most pertinent issues related to safety, security, training, maintenance, airport infrastructure, and leasing, among others, in order to develop a concrete D-8 cooperation programme in civil aviation.

Despite the recent developments, there is one sub-sector in Nigerian aviation which has not only remained unscathed, but has actually expanded: the luxury fixed-base operators in Nigeria – a dream that has become reality thanks to Segun Demuren, CEO of Evergreen Apple Nigeria (EAN).

Headquartered in Lagos, the company was launched in June 2011, offering the first private flights operated by a fixed-base operator (FBO) in Nigeria.  Its facilities, which include VIP lounges, ground handling, exclusive hangars, offices and restaurants, and catering for private jets, set a new standard at the Murtala Mohamed International Airport.

“We offer a premium service to our clients; when they arrive, there is somebody there to meet them and the planes and crew are ready. They can have private meetings – it is seamless, there is no hassle. Most of them are usually working, even when they arrive at the facility. Some arrive with aides. We want to create an environment where as they come in, they already feel comfortable,” explains EAN’s Segun Demuren.

Moreover, through the exclusive EAN Club Jet, the company offers customised services to its clients and rewards loyalty with points that can be earned using its platinum and golden club cards. EAN has been so successful that it operated over 1,000 private flights in its first year and currently accounts for half the traffic at Lagos airport. According to the CEO, the recipe for success for success is that EAN strives to maintain a fantastic rapport with clients and to promote transparency in the management team.

In the near future, EAN is planning on expanding to other major cities in Nigeria. In the first stage, it will set up offices in Abuja, the country’s administrative capital, and later in Port Harcourt, the energy capital of the Niger Delta. The expansion will most likely prove lucrative, as the three airports – Lagos, Abuja and Port Harcourt – account for 80 per cent of the aviation business in Nigeria.