International rating agencies praise Pakistan over progress made on the security front, while the country experiences increased political stability and is poised to be the world’s next economic turnaround story. In spite of these advances, Pakistan is still believed to be a country in turmoil, which is far from the realities on the ground 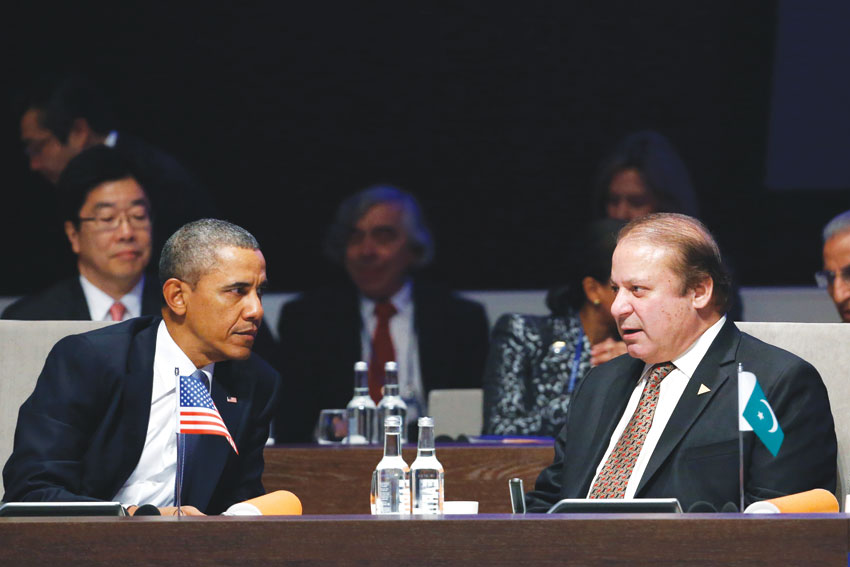 Upon an invitation from President Barack Obama, Prime Minister of Pakistan Nawaz Sharif is in Washington today for a meeting at the White House, and he is set to bring good news. First and foremost, Mr. Sharif will tell of an encouraging record on security that will be received here with a sense of  relief. Indeed, his nation of 180 million is situated in one of the most volatile regions on the planet, tucked next to Iran and Afghanistan – with which it shares a long border – in the west, China to the north and India to the east.

After Mr. Sharif accepted his White House invitation in August, U.S. National Security Adviser, Susan Rice, commended the Prime Minister for supporting recent talks between the Afghan government and the Taliban, and urged Pakistan to intensify its efforts to counter terrorist sanctuaries inside its borders in order to promote regional peace and stability.

Ms. Rice’s comments were echoed by a U.S. official, whom the New York Times quoted as saying, “Addressing this challenge will be imperative for Pakistan’s relations with its neighbors and with Washington, especially given the recent upsurge in violence in Kabul and the Taliban’s bloody campaign this fighting season in Afghanistan.”

The office of Mr. Sharif hailed Ms. Rice’s visit to Pakistan and stressed the importance of cooperation between the two countries in fighting Islamist extremism. The Pakistani army has been combating the domestic front of the Taliban and its allies in the north of the country, along the border with Afghanistan.

“We will fight terrorism in all its forms and manifestations, irrespective of who their sponsors are,” Mr. Sharif said recently in his address at the 70th session of the UN General Assembly. “The global threat of terrorism cannot be defeated unless we address its underlying causes. Poverty and ignorance are part of the problem. Extremist ideologies must be opposed.”

Pakistan’s efforts to combat terrorism are paying off: government statistics show that major terrorist attacks have declined by 70% since last year. This significantly improved security environment combined with the economic policies of Mr. Sharif’s government are bearing fruit. For the first time in years, hope is palpable for Pakistani entrepreneurs and the general population, a quarter of which live below the poverty line. And international institutions as well as investors are taking note.

In August, the International Monetary Fund (IMF), which extended a $6.2 billion loan, praised the 4.1% growth in gross domestic product this year, projecting 4.5% growth for next year. This performance is “helped by macroeconomic stability, low oil prices, planned improvements in the domestic energy supply, and investment related to the China-Pakistan Economic Corridor. Inflation dropped to 1.8% in July. Despite declining exports, the external current account deficit narrowed to 0.8% of GDP. Foreign exchange reserves continued to increase at a healthy pace and reached $13.5 billion at the end of June 2015, covering three months of imports,” said the IMF.

The World Bank, for its part, said, “Pakistan’s economic growth is showing signs of sustained recovery. Supported by a favorable slump in international oil prices and stellar implementation of the IMF reform program, growth recovery remains underway, with projected GDP growth now at 4.3-4.6%,” it reported in September.

As credit rating agencies are upping Pakistan’s ratings – in June, Moody’s upgraded its sovereign credit ratings for the first time since 2008 and in September, Fitch assigned it a B credit rating with a stable outlook – foreign investors are starting to see potential in this strategic Asian country.

As in most parts of the developing world, China is leading and has pledged to invest about $46 billion in infrastructure projects, nearly equal to the amount of foreign aid the U.S. has provided to Pakistan over the past decade to support its war in Afghanistan, according to Bloomberg. Fitch also noted  that “the China-Pakistan Economic Corridor initiative announced in April could significantly strengthen Pakistan’s economy.”
Western investors have also shown interest, as reflected by major international business media such as The Wall Street Journal (“Pakistan’s pleasant surprise”) and The Economist (“Pakistan is enjoying a rare period of optimism about its economy”).