Article - May 14, 2014
The kingdom is planning with foresight to bring change and reform, and is committed to a fair, competitive and sustainable future 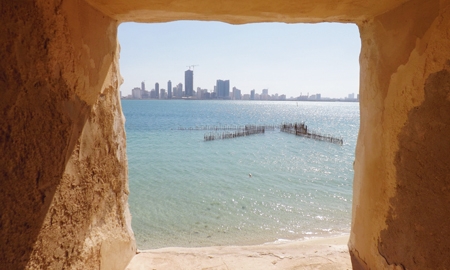 LOOKING TO THE FUTURE WITH LIBERAL ECONOMIC POLICIES AND A CLEAR ROADMAP IN THE FORM OF VISION 2030, BAHRAIN AIMS TO RAISE PROSPERITY FOR EVERYONE IN SOCIETY
SHARE

Bahrain’s Vision 2030 embodies its ambition and determination to build a better life for every Bahraini within two decades through reshaping government, society and the economy. It also targets fostering ever-greater dynamism and laying the foundations for sustained competitiveness and sound long-term economic growth.

The guiding principles of the whole programme are fairness, competitiveness and sustainability, with the first National Economic Strategy serving as the roadmap. Its goals are centred on key areas for national, economic, social and personal development, which include education, the creation of employment and futures for young people, infrastructure development, technology application and foreign investment.
Dr Hassan A. Fakhro, Minister of Industry and Commerce, emphasises the aim of creating “a productive, globally competitive economy, shaped by government and driven by a pioneering private sector” and of ensuring that “every Bahraini has the means to live a secure and fulfilled life and reach his or her full potential.” This is a national vision with a very human face, where social values are cherished and enhanced, and human values continue to be nurtured while still ensuring that the country competes with the best.

The dynamism of the private sector, locally and from overseas, will be the engine of growth to create jobs and wealth, while the dynamism of the government and public policy will create the infrastructure, as well as the conditions and attitudes, through which the private sector can flourish and prosper.
Regarding education, Bahrain’s literacy rate of 91.4 per cent and its long tradition of good-quality public education give it a head start among Arab nations. This advantage is being built upon for Vision 2030 with, for example, the first class having graduated in 2012 from the new Bahrain Polytechnic – a concrete example of the government responding directly to a private sector human resource requirement.
Dr Fakhro elaborates on the comprehensive character of his ministry’s role under Vision 2030, singling out the country’s aims to ensure world-class business infrastructure, a transparent regulatory system and simplified business set-up procedures. Besides benefiting existing businesses and enhancing their competitiveness, Dr Fakhro sees all these elements as essential to success in attracting foreign companies to Bahrain – a high priority for his ministry, with export-focused companies being particularly targeted, besides those creating jobs for Bahraini citizens.
Under Vision 2030, particular attention is naturally being given to the power sector. Up to now, Bahrain has been relying on essentially indigenous fossil fuel resources and it is now looking into alternative and sustainable energy sources, including solar power projects now being piloted.

The national strategy also focuses on energy efficiency, energy conservation and better insulation, an emphasis on intelligent buildings and on the use of more efficient air-conditioning systems. Privately-owned plants already supply 80 per cent of Bahrain’s electricity and Dr Abdulhussain bin Ali Mirza, Minister of Electricity and Water, sees the need for further investment of up to $2 billion in new plants by 2016.
An outstanding example of Bahrain’s forward thinking in infrastructure development is in the establishment of Salman Industrial City, comprising three industrial parks and 1,100 hectares of industrial space.

The parks have already attracted $4 billion in industrial investment and created 11,000 jobs. This latter figure is expected to grow to 30,000 when the numerous foreign companies investing there reach full capacity. To follow on from this success, the Ministry of Industry and Commerce aims to expand the Industrial City through land reclamation, while a feasibility study is also under way for a New Economic City to be built by 2040. The newly built Sheikh Khalifa bin Salman Port near to the Industrial City and the ongoing expansion of Bahrain International Airport add to Bahrain’s attractiveness as a regional logistical hub. Vision 2030 is covering all the bases.
Sheikh Hisham A. Al Khalifa, Undersecretary for Resources and Services at the Ministry of Education, says that “education is the cornerstone of Vision 2030” with the objective of equipping Bahrainis to take top-level positions in industry. He adds, “In Bahrain, we do not have a lot of natural resources, not like our neighbours, so we cannot rely indefinitely on oil and gas. The only thing we can rely on 100 per cent is our people, so we are investing in our people and through our people we can achieve Vision 2030.” The radically restructured education system aims to transform the quality of teaching and in particular to improve the critical thinking and problem-solving skills of students.
Samira Ibrahim bin Rajab, Minister of State for Information Affairs and Official Government Spokesperson, also highlights the focus on “media excellence” within Vision 2030, emphasising the establishment of the Supreme Council of Communication and Information, based on the French model, as the regulatory body to protect the media and freedom of speech. “Freedom of speech has become a part of our life and is protected by our constitution,” she adds.
Covering all bases, Vision 2030 is a plan with foresight, a true vision of a prosperous national future, being cleverly and energetically pursued; it is a vision for all.