Samana. The best kept secret in the D.R.

Arguably the country’s most picture-perfect area, Samaná is home to the natural treasure Los Haitises National Park, whose landscape is dotted with wooded hills, swamps, caves with pre-Columbian petroglyphs, as well as abundant wildlife 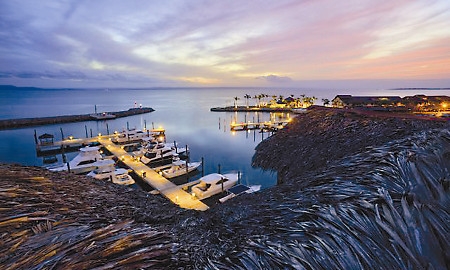 MOST HOTELS IN SAMANÁ ARE SMALL AND PRIVATELY OWNED
SHARE

Long before Leonel Fernández, former President of the Dominican Republic, predicted that the Samaná Peninsula would be “the next Caribbean Monte Carlo,” Christopher Colombus, upon sighting the region’s white sandy beaches, cool azure waters and coconut covered mountains, had proclaimed it “the fairest land on the face of the earth.”
Located in the northeast of the island, the Samaná Peninsula is today considered by Dominicans and visitors alike as the prettiest part of the island of Hispaniola and it is the jewel in the country’s tourism crown.
With verdant mountains sloping into the sea, pristine palm-fringed beaches, lush arroyos and cascading waterfalls, Samaná is a natural paradise. The region’s national park, Los Haitises, is home to tropical forests, mangrove swamps, islets and cave art. From January to March, thousands of humpback whales come to the coast off Samaná to breed.
“Samaná is the destination with the highest number of attractions in the country. There are 15 spectacular beaches that are not crowded. We have a low density development plan that does not allow for large hotels so that the environmental impact is limited and growth is sustainable,” says Rafael Blanco, President of the Samaná Tourism Cluster and the Dominican Tourism Competitiveness Board.
Also the country’s top cruising area, Samaná Bay is a haven for yachters. Full-service port destinations like Puerto Bahia offer luxury retreats such as the exclusive Bannister Hotel, a member of the Small Luxury Hotels of the World.
Mr. Blanco says that unique destinations like Samaná help complete the D.R.’s tourism offer and make the country a formidable competitor in the regional market.
“Our greatest distinguishing factor is the diversity that we have. You can be at a beach here and in an hour and a half be freezing on the highest peak in the Caribbean. Between Samaná and Puerto Plata, you pass by 25 golf courses. There is no other region that can compare,” he states.