Record numbers flock to a 'paradise between two seas' 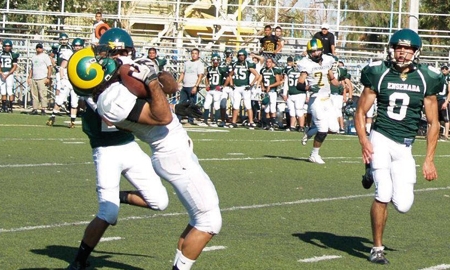 BCS IS TARGETING TOURISTS IN SPAIN, BRAZIL, RUSSIA, AUSTRALIA AND THE U.K. WITH ITS ARRAY OF NATURAL TREASURES, QUALITY INFRASTRUCTURE AND DIVERSE ACTIVITIES
SHARE

The state of Baja California Sur (BCS) is rapidly becoming one of the most in-demand tourist destinations in Mexico.

Forming the southern half of the Baja California peninsula, its heavenly natural beauty hosts an increasingly popular mix of adventure and relaxation offers in an area pitched as a ‘paradise between two seas’, with its eastern shores lapped by the Sea of Cortez and those to the south and west by the Pacific Ocean.
Visitor numbers at Los Cabos International Airport, which serves the Los Cabos area in the south that comprises San José del Cabo and Cabo San Lucas, have grown by an annual average of 7% since 1999, beating most other Mexican destinations.

“Los Cabos is the second most important tourist destination in the country, and it is the most important in Mexico’s Pacific region,” says Rubén Reachi Lugo, Secretary of Tourism for Baja California Sur. “It is the sun and beach destination that has grown most, even surpassing numbers at Cancún airport, which have grown 6% annually.”
Tourism is vital for the state’s economy. It is directly responsible for 44% of its gross domestic product (GDP), rising to 70% when indirect contributions are included, and is referred to as the “industry without chimneys”, according to Mr. Lugo, adding: “I believe we can be seen as a success story of what tourism can mean for an economy, because if this state’s economy is so heavily dependent on tourism and is growing from strength to strength, then I think this can be replicated in other states of the country.

Each part of the republic has its unique features and with so many attractions in one country, I see it as a great opportunity as we have ‘so many Mexicos in one Mexico’ for people to discover.”
Targeting both domestic and international tourism markets, and an increasing number of direct flights bringing visitors from both east and west coasts in the U.S and Canada, contributed toward a record-breaking 1.5 million tourists visiting BCS in 2012.
It currently has five other markets in its sights that have emerging potential and could boost visitor numbers further: Spain, Brazil, Australia, Russia and the UK. The Tourism Secretary notes that the niche ‘premium’ packages that BCS is highlighting to overseas markets, which focus on its high quality hotels, fine gastronomy and spa and golf resorts, are finding particularly positive responses from Spanish, Brazilian and Russian tourists.

Meanwhile Australians are increasingly complementing their trans-Pacific trips to the U.S. with a hop across the border; LAX to Los Cabos, for example, is only just over a two-hour flight. “The British market is also interesting,” comments Mr. Lugo. “They very much look for adventure, something different, something that perhaps has nothing to do with jungles or forests, but instead seek an experience involving adventure, the desert, sea, wind – and that is something that we can offer and have done well.”
BCS has around 20% of the country’s coastlines and so, with its miles of golden beaches and abundant sunshine, naturally invites sun and beach tourism. However it is much more than a simple ‘fly-and-flop’ destination. Los Cabos has long been established as Mexico’s premium tourism destination, with an elegant combination of luxury, service and style at renowned world-class hotels, restaurants and spas. “About 40 or 50 years ago, Los Cabos used to be frequented by silver screen legends such as John Wayne and Bing Crosby,” says Mr. Lugo.

“Our connection with U.S. celebrities lives on today – it is not unusual to see Hollywood stars and top-level politicians strolling around Los Cabos.”
BCS is also renowned for featuring top-class activities such as golf, sport fishing and scuba diving. According to Mr. Lugo, tourism and events are intrinsically linked and the state government has implemented a coordinated and strategic approach to attract visitors to Los Cabos whether they come for holidays, conventions or events like the Los Cabos Open of Surf that was hosted in June 2013.

Tiger Woods will open his first signature golf course outside the U.S. in Los Cabos in 2014, which will rival that of Jack Nicklaus, who also opened his first non-U.S. course here, and the other international-standard courses BCS offers golfers. “Los Cabos has become the greatest golfing destination in Latin America,” says Mr. Lugo.
The Tourism Secretary also highlights the raft of delights to be found in the state’s other four municipalities of La Paz, which holds particular appeal for those looking for nature and adventure, Mulege, Comondu, and Loreto, whose eponymous seat holds immense historical appeal with it being the one of the oldest settlements on the peninsula.
The Sea of Cortez, which Jacques Cousteau called ‘the aquarium of the world’ due to its incredibly rich marine life, has ecosystems similar to that of the Galapagos Islands and is a major draw for nature lovers and grey whale watchers.

For history buffs, the cave paintings in BCS are over 10,000 years old and are said to visually rival those found in Spain or Africa.
On the business side, BCS is also an up-and-coming MICE (meetings, incentives, conventions and exhibition) destination, with more than 1,400 hotel rooms under construction throughout the state. A new convention center in Loreto accommodates 5,000 people and represents its burgeoning appeal for business tourism with beauty.