New reforms in the electricity sector 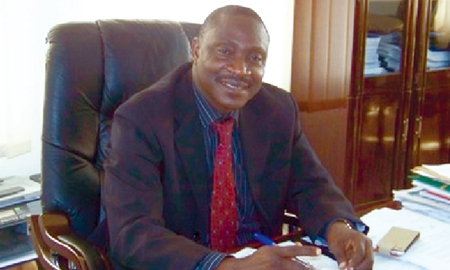 Nigeria is one of the African countries with excellent growth prospects. Foreign trade plays an important role in the Nigerian economy. Although oil and gas still predominate the export structure, according to the World Trade Organisation (WTO), for further growth the Nigerian economy needs energy.

The federal government has therefore made significant investments in the sector since 2010 in collaboration with the local governments of Nigerian states in order to improve their capacities and to meet the demand for electricity. In this regard companies like Port Harcourt Electricity Distribution Company (PHDC) play an important role in Nigeria’s life by serving Nigeria’s industrial South South.

The law that enabled the reform of the electricity sector consolidated a regulatory body for this sector: the National Electricity Regulatory Commission (NERC).

NERC was officially inaugurated on October 31 2005 and has started creating the needed structures. Its main duties include the concession of licenses and the application of an economic regulation as well as the search for technologies. The government proposes a tax exemption period of 10 to 15 years for huge companies who want to invest in the country’s electricity sector.

“Distribution companies are strategic to the success of the industry and power sector reform,” notes PHDC President Rotimi Onanuga. “Nigeria is a very great and unique country, and no other country in the world has tried what we are doing now. Other countries have put reforms in place, but we have leverage, institutional guarantees, and confidence from international organisations, so I think everything is in place.”

In order to raise efficiency in customer services, PHDC has adopted new technologies.

“We now have what is called an E-Bill. From our website www.phed.com.ng, you can log-on and make your payment. We are making life easier for our customers by giving them multiple vending options. Before now, you had to go to a cash office, and wait in a queue in order to make your payments. But now we are trying to make it more friendly and easy for them. Now you have more options to do it through the web or at point of sale,” says Mr Onanuga.

PHDC’s president thinks that the power sector is going to be the catalyst for development in Nigeria. “Power is the life force of economic development,” assures Mr Onanuga. “What we are doing now, and the level of confidence and interest shown, if we are able to get it right, the next two years will be amazing.”

Companies in the Nigerian electricity sector know that Nigeria has a great need for foreign capital for its development, especially on a technological basis.

“Germany is a good power to align with. Germany has the investors and the industrial base vital to a country in its infancy state like Nigeria. They should take advantage of the benefits afforded to the first entrants and pioneers that enter an emerging market such as Nigeria. They can come in now, and be the first entrants,” says Mr Onanuga. “There is great potential in our population, and now is the time to come.”