The bean that helped shape a peaceful democracy

Article - September 13, 2011
Specialty Costa Rican coffee, in high demand in the U.S., is an anchor of the economy 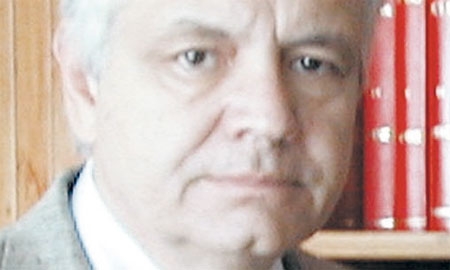 In 2008, Costa Rica celebrated the 200th anniversary of the planting of the first coffee plant. Few seeds have had such a long-lasting, positive impact on a society as the Arabica seeds that made their way from eastern Africa to Central America in the early 18th century.

It may seem unimaginable that the coffee bean has been the engine of Costa Rica’s economic, social, and cultural development for two centuries, yet evidence proves it to be just that.

Costa Rica is renowned for its peaceful and democratic society, and coffee has had much to do with this. There are more than 50,000 producers, of which 92% are small growers – a tradition that has helped build a stable middle class. Additionally, coffee growing generated nearly 194,000 additional temporary direct and indirect jobs during the 2009-2010 harvest. In a small country such as this, that’s no small feat. Moreover, thanks to the efforts of the Costa Rican Coffee Institute (ICAFE), coffee producers in Costa Rica receive the highest proportion of the final price compared to any other country in the world.

ICAFE was founded in 1933 by the government to establish and maintain an equitable relationship among all growers, processors, roasters, and exporters operating in the country. The institute also promotes Costa Rican coffee locally and abroad, marketing what is considered some of the world’s best coffee to markets that appreciate, and are willing to pay for, high-quality coffee.

The high price is due on one hand to the need for manual harvesting and on the other, to low levels of production. Despite a production that is about one-sixth of that of Colombia and just one-twentieth of Brazil’s, Costa Rica’s coffee ranks third in the ‘Top of Mind’ list among U.S. consumers.

“We may be small compared to other coffee suppliers, but we concentrate on generating the best product, implicating thousands of workers in the process,” explains Ronald Peters, executive director of ICAFE.

After a decade or so of reduced production (a result of increased urbanism, seven years of reduced coffee prices, and greater agricultural diversification), ICAFE is stepping up efforts to reverse this trend. In collaboration with the Ministry of Agriculture and Livestock and the National Bank, ICAFE has launched the National Plan to Renovate Coffee Plantations, or PNRC, to renovate the soil and lands that have passed their lifespan (estimated at 30% of the area currently under plantation), provide long-term financing to farmers, and ultimately increase production. The PNRC’s goals for the coffee industry are to raise employment from 194,000 this year to nearly 240,000 within 10 years, and to generate US$326.3 million in 2021, up from US$264.6 million in 2010.