Monterrey: a business metropolis transforming into an economy and society of knowledge

Article - December 2, 2013
In Nuevo León and its capital Monterrey the private sector, the state and academia are partnering up 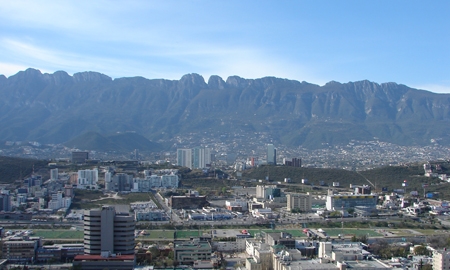 Monterrey, Mexico’s industrial capital, is also one of its most developed and wealthiest cities, and second overall in attracting the nation’s foreign capital. Domestic companies, such as CEMEX, together with many international corporations (Samsung, GE, Toyota) call it home. The city of more than 4 million is changing swiftly as it moves away from its manufacturing past and settles into an exciting future as a knowledge-based economy and society driven by modernization.
Monterrey is a city of competitive advantages. It is the capital of the state of Nuevo León, otherwise known as Mexico’s engine of growth – the state contributes most to Mexico’s economic growth and FDI rates. Located in northeastern Mexico just 140 miles from the U.S. border, it is a highly advantageous location with easy access to domestic, American and Canadian markets.
The state’s Governor, Rodrigo Medina de la Cruz, says that the state is transforming as part of a “triple helix” program which partners government, the private sector and academia in order to align the state’s strengths – processing industries, manufacturing, and the rising knowledge economy – to develop R&D institutions, create better jobs, and improve quality of life through a range of sectors (automotive, IT, health, etc.). Monterrey is at the center of it all and the plan is working. A study conducted by McKinsey shows that by 2025, Monterrey will be the city with the highest GDP per capita in Latin America.
The presence of internationally renowned universities in the region, such as the Monterrey Institute of Technology and Higher Studies (TEC), in addition to 213 technical schools, ensures that the region’s large workforce is a highly skilled and educated one. As Mr. Medina puts it, its workforce should not only be assembling products, but designing them. The stability of its workforce is also testament to its quality; the region has not had a strike in over a decade. In this way, the area offers abundant value to domestic and foreign companies, providing a unique opportunity to consolidate different business components such as manufacturing and R&D in a single location.
Connectivity is, as Mr. Medina posits, of utmost importance in an area that lies in such close proximity to the U.S., Mexico’s largest market. That is why an integrated logistics platform, the Interpuerto Monterrey, is being developed to allow the city to act as an inland port, which in the future will result in faster, more secure transport while lowering supply chain costs for end users, particularly for U.S. customers. Besides its strategic location, the city also boasts highly developed infrastructure: an international airport, road and rail systems that access major cities and ports easily, and an advanced telecommunications network.
Monterrey is also experiencing growth in tourism, particularly business tourism. Major business events and conventions are being hosted in the city and it is transforming into a destination with diverse offerings.
Maintaining its position as the major gateway to Mexico for the U.S., Monterrey continues to grow economically and modernize itself as a knowledge-based economy, and this business metropolis holds an exciting vision for its future.