Modernization lies at the root of agricultural advancement

Article - July 29, 2014
As Congo develops into one of Africa’s key emerging nations, the development of its agricultural sector has been identified as a vital industry to power further growth and provide opportunities for both local and foreign investors 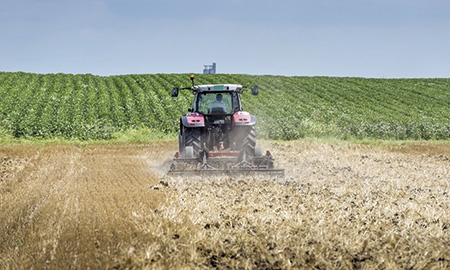 MECHANIZATION AND MODERNIZATION OF AGRICULTURE IS A KEY NATIONAL PRIORITY
SHARE

Agricultural development has already helped the Central African nation of the Republic of Congo expand at a rapid rate as the country develops into one of the continent’s most prominent emerging economies.

The Republic of Congo has been looking to expand a number of its key industries as part of the country’s National Development plan, which has outlined the nation’s growth strategy since 2012 and runs up until 2016.

The plan is designed to both modernize the country through infrastructure projects and cultural and social development programs, while also ensuring industrialization of Congo. One of the first sectors to be targeted, and one that is now taking a leading role in helping to expand the country’s economy, is agriculture.

Rigobert Maboundou, Minister of Agriculture and Livestock, oversees the country’s current strategy within this plan, with the introduction of foreign investment and a two-tiered approach to production at the heart of his plans.

“I have two missions for agriculture and these are the ones that I have driven since 2008,” says the minister. “The first is to create the right conditions so that food is available for the benefit of the Congolese people. And the second is to enable the Congolese to create the raw materials that can then be used by industry so that it can be transformed into new products.”

Mr. Maboundou was trained as an economist but with his youth and recent career history spent in agriculture, including a spell teaching rural development at the University Marien Ngouabi, he is well placed to balance the country’s potential output through a pragmatic and deliverable approach.

“We chose to conduct two methods of agricultural organization,” explains the minister. One side of the industry focuses on helping smaller growers produce for national consumption, largely on smaller plots of around half a hectare that are often run by family or community groups.

Alongside this, the government is actively seeking to expand and improve the use of cutting-edge farming techniques, using modern agricultural methods and employing the tractors, ploughs and combine harvesters with a suitably trained workforce to ramp up economies of scale. This means plots of around 10 hectares in size and the introduction of more mechanized equipment, which in turn requires investment.

Mr. Maboundou says that encouraging smaller farmers to adopt some of the more modernized approaches is also a key plank of the country’s current agricultural strategy. At its center is the Agricultural Mechanization program, run by the state, which offers access to rentable modern machinery at regional centers.

Four such operations are currently in operation, with further centers set to open in every region of the country before the end of 2016, each providing farmers with the equipment required to increase output and efficiencies.

Mechanical investments have also been supported by financial advancements for smaller producers through the creation of a fund that provides credit to allow the planting of crops. Training is also being provided in a bid to increase productivity, with information on suitable crops and crossbreeding techniques being made available, along with a demonstration centre explaining modern agricultural techniques.

Mr. Maboundou has also been overseeing the development of new agricultural villages, two of which are currently in operation. They not only provide young people with access to land and equipment but educate those who live there to employ modern farming techniques. The result, it is hoped, will be a generation of farmers who are well trained and able to use their expertise to provide foodstuffs for the nation’s population.

Ensuring the Republic of Congo can become self-sufficient in its food production is a key target for Mr. Maboundou, but developing a sustainable and expanding agri-industry for the country is also vital. It is in this regard that Mr. Maboundou is keen to secure further foreign investment to allow the growth of the sector.

Such investments have already been made, including a 180,000-hectare deal with Malaysian palm oil firm Atama, and an agreement with South Africa firms that has seen 80,000 hectares of land made available for the production of corn. Partnerships have also been made with Brazil-based Asperbras, which has seen 50,000 hectares of land made available to produce sugar cane for bio fuel production.
Further foreign investments are still encouraged and indeed still being made, from soon-to-be-signed deals for the production of animal feed to the installation of new cattle and hog farms. Such deals involving land are tightly regulated to avoid damage to natural ecosystems, but Mr. Maboundou says the partnerships prove the rapid pace of change in the Republic of Congo. “There are many contracts like these that are in the pipeline,” he adds, “they show just how far this country has come.”

Land agreements for crops such as palm oil and cocoa tend to last around 25 years and are seen by the country’s government as a partnership, rather than a one-way business transaction. This type of approach has also encouraged Olam, a Singapore-based agri-industry group, to develop a new nursery that will house more than 277,000 cocoa plants, which are intended to bolster the crop amongst local farmers.

With peace and stability and suitable regulatory support, investors feel they are protected Mr. Maboundou says, while new infrastructure projects are also enticing newcomers. Land is also not in short supply, with no specific limits on the 10 million hectares that Republic of Congo has to offer for agri-investment.

“The potential is great,” Mr. Maboundou continues, adding that local investors and foreign-based firms alike are both supporting the country’s agricultural expansion. It is through such investments that the minister believes the country’s agri-industry will fulfill its self-sufficiency targets and broaden its wider agricultural output, improving the future outlook for the country’s citizens in the process.