A world-class exploration success rate of 1:3 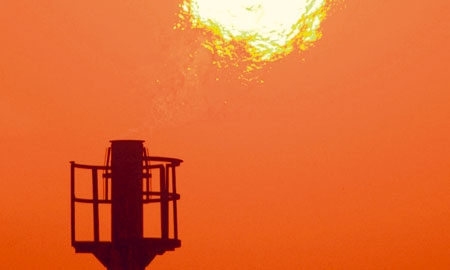 OGDCL HAS TEAMED UP WITH VARIOUS IOCS, SUCH AS PREMIER OIL, MOL HUNGRY, OMV (AUSTRIA) AND ENI (ITALY)
SHARE

Despite holding such vast reserves of fossil fuels, the Pakistan-based Oil and Gas Development Company Ltd (OGDCL) has captured scant attention from the global media. Accordingly, the corporation has just embarked on a strategy to hire more foreign oil and gas experts seeking to do business here.
Meanwhile, OGDCL has already engaged in numerous drilling projects and according to figures, the publicly listed London Stock Exchange company has confirmed that on average, one out of its 2.8 drills in Pakistan have struck oil as of June 2013, which is considered among the highest in the world.
OGDCL cited these numbers: 118 wells were dug in the last five years, of which 45 were experimental and 16 wells were successful. And in the last two years, 41 were excavated, whereas 13 were experimental and six, successful.
Speaking about the company’s plans, Riaz Khan, Managing Director of OGDCL, says: “In 2012-13 we made our own $1 billion net profit. Our goal is to transform this company to double the production in a maximum of five years.”
He adds that there’s greater potential for the company by tipping into more shale gas exploration. “The reserves were estimated at around 51 trillion cubic feet technically recoverable, but now it has improved to 105 trillion cubic feet with 9 billion barrels of shale crude oil. OGDCL has established an in-house team that has selected already drilled wells to go into shale missions and test areas, rather than drilling new wells.”
Mr Khan believes the company can improve their prospects by upgrading their training institute, which is affiliated with a university in Pakistan, that offers MS degrees in Petroleum and a post-graduate diploma in ‘Instrumental and Control’.

OGDCL has launched six major drilling and exploration projects that are expected to enter into full utilisation mode later this year, and is nearing completion of its Phase-II KPD Integrated Development Project. The KPD field, which is located near the company’s existing Kunar LPG plant, holds gas potential of 1 trillion cubic feet.
During Phase-I, OGDCL had dug 29 wells to produce 225 million cubic feet per day (mmcfd) and 5,100 barrels of oil per day. The gas supply would be connected to a gas gathering system and a gas processing plant that would treat 250 mmcfd of raw gas. The project is scheduled for completion in August 2014.
Mr Khan remains optimistic. “We are hopeful that OGDCL would be able to inject 350 mmcfd gas and 13,000 barrels of oil per day after commissioning new projects such as the KPD-TAY, Uch-2, Sanjhoro and Nashpa.”
In March, the company finished laying an 80km road connecting the remote area of Kalchas (Balochistan) with the main motorway, allowing OGDCL to begin exploration activities in Kalchas, where natural gas reserves are estimated at over 22 trillion cubic feet.
OGDCL has undertaken various partnerships and joint ventures, one of which is with the UK’s Premier Oil – a partnership that in fact helped the latter get a foothold in Pakistan 25 years ago. The joint venture (which also includes Kuwait Foreign Petroleum Exploration Company Pakistan and Pakistan Petroleum Ltd, or PPL) operates the Qadirpur Gas Field in Sindh, with 51 wells drilled, of which 36 are currently producing.
The state-owned company also intends to jumpstart many new massive exploration projects in Balochistan Province, a mineral-rich region, in a bid to boost its corporate revenue stream. It has got involved with bidding rounds all over the globe to tap into more oil and gas reserves.
Pakistan’s oil and gas executives believe that more innovations would be pivotal for success. “The company has changed its focus to a more challenging area, i.e. offshore exploration and tight gas reservoirs,” Mr Khan says.
He adds, “We don’t have much exposure on the international front, we have the four provinces of Pakistan and now we are planning to have some assets in Africa, most likely the Middle East, South America and CIS (Commonwealth of Independent States) countries.”
The nation’s leading energy executives are planning to pursue more joint ventures and partnerships with multinational companies. Yet for the time being, only a few world-renowned energy investors have heard about the Pakistan-based company, which could pose as an obstacle for future endeavours.
International oil companies are encouraged to take on a larger role in Pakistan, whose domestic oil and gas sector is thirsty for new technical expertise and also for farm–in and farm-out opportunities in exploration blocks.