With a recent history of both challenges and major economic expansion, Sierra Leone works to build state policies at home and regional consensus abroad to face global challenges and opportunities 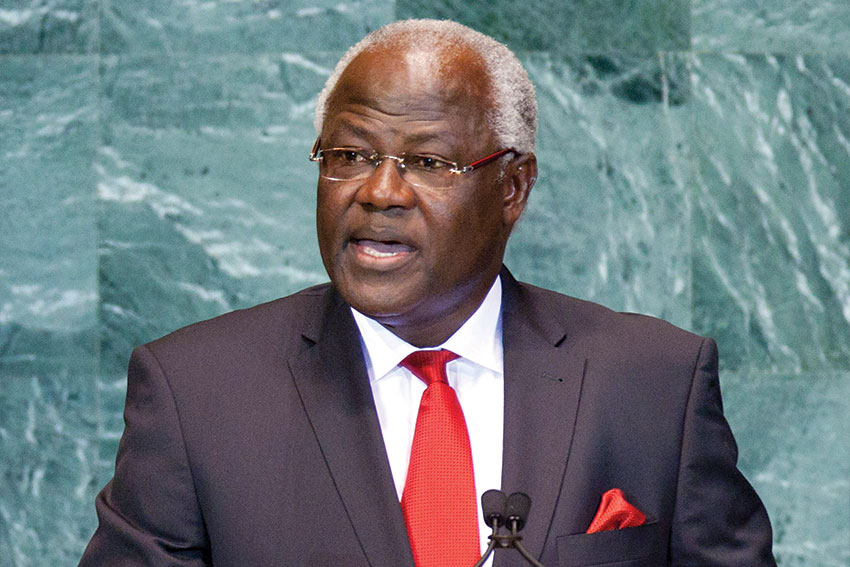 It is an apt way to describe a country that emerged from a devastating civil war to record one of the fastest-growing economies in the world; a growth which climaxed at 20 percent in 2013. Even as the administration of President Koroma steadied the ship for long-term development, 2014 saw the unexpected outbreak of the Ebola epidemic throughout West Africa, which caused a 24 percent GDP contraction for the year.

Nonetheless, adversity once again bred collective strength as the country took the front foot in combating the virus, cooperating with neighboring nations and international aid organizations to fight the disease, until finally securing a clean bill of health from the World Health Organization in March 2016 when Sierra Leone was declared Ebola-free.

With past crises behind the country, it is time to get back to business. Blessed with abundant natural resources, a young population and untapped potential in industrial sectors, Sierra Leone is eager to return to its path to prosperity.

The foundation of the Koroma government, which is entering its final phase with general elections slated for March 2018, is built upon policy reforms. On entering office in September 2007, the president embarked on a far-reaching overhaul of Sierra Leone’s institutions, targeting endemic corruption as a major hindrance to national development while also identifying tourism and agriculture as viable alternatives to the country’s traditional reliance on mining.

While there remains much to do in Sierra Leone, the building blocks are in place for the country to move into the next decade from a position of economic strength and social equality.

“Within weeks of being elected, we prioritized our goals within the framework of the Agenda for Change,” says President Koroma. “We identified the sectors that would trigger economic growth: infrastructure, energy, agriculture, social services and a strong private sector. We sought support from the international community and we were quick to establish targets. This generated confidence and support, which contributed to the turnaround that we experienced.

“We had a projected growth of 13.2 percent before the epidemic broke out, and we were considered one of the most transformed countries in terms of governance. We have conducted free and fair elections, we have strengthened our institutions, we are fighting against corruption, we are a religiously-tolerant country, and we have been reported to be the most peaceful country in West Africa.”

On tackling endemic corruption the Koroma administration has made considerable progress, and Transparency International notes that the establishment of the Anti-Corruption Commission (ACC) speaks to Sierra Leone’s commitment to stamping out one of the African continent’s greatest hindrances to progress. International organizations have taken note and have partnered with the government in anti-corruption initiatives, with the Millennium Challenge Corporation pledging $44 million to the joint Threshold Program, ensuring transparent delivery of government services for both water and electricity. The effort led to the Mo Ibrahim Foundation’s 2016 announcement that Sierra Leone is one of the most improved countries in governance.

“We identified the sectors that would trigger economic growth – infrastructure, energy, agriculture, social services and the generation of a private sector. We sought support from the international community and we were quick to establish targets. This generated confidence and support, which contributed to the turnaround that we experienced”

“As soon as we came into government, our first major action was to reform the anti-corruption legislation, giving more autonomy to the ACC,” says President Koroma. “It now has the power not only to investigate but to prosecute as well: we have created an institution to fight corruption and strengthen transparency.”

Former ACC Commissioner Joseph Fitzgerald Kamara, who oversaw the reforms of the institution, recalls: “When President Koroma took office, we were able to give teeth to the anti-corruption laws, which beforehand were described as a toothless bulldog, with more bark than bite.” Now the country’s Attorney General and Minister of Justice, Kamara stresses that the prosecutorial powers entrusted with the independent anti-corruption agents are today among the most efficient in Africa, with the ACC acting as a politically blind institution, prosecuting and convicting even members of all political parties.

Ridding the country of graft and the unscrupulous use of authority means a top-down approach. As well as strengthening governance, officials are looking to the private sector. Speaking at a recent corporate governance summit, Ady Macauley, current ACC commissioner, stressed the Commission’s conviction that good corporate governance practices cannot be imposed by fiat nor can they exist in a vacuum. “Firms will find it hard to comply with corporate governance regulations if there are no initiatives to improve the overall legal and regulatory climate in the country,” he said, pointing to the country’s significant progress in the implementation of business regulations, anti-money laundering activities and the establishment of the Corporate Affairs Commission and National Commission for Privatization, which is mandated to privatize unproductive public enterprises.

In addition to the religious and social tolerance that characterizes everyday life in Sierra Leone, political freedoms are carefully guarded by the current government. Whoever assumes power in the next general elections, the status quo will remain unaltered, as Alhaji Osman Foday Yansaneh, Secretary-General of the All People’s Congress Republic of Sierra Leone, notes: “Sierra Leone is a multi-party state – one party alone cannot run this country. We reject the flawed democracies and pseudo-dictatorships which have led so many nations on our continent astray.”

As can be expected in a multi-party democracy, there remain differences in opinion in Sierra Leonean politics, but Sheku BB Dumbuya, speaker of the Sierra Leone parliament, sums up the drive for unity among Sierra Leone’s lawmakers of all political leanings: “Our parliamentarians today face their work primarily not as members of their political party, but as Sierra Leoneans.”

Upon witnessing the devastating human and economic fallout of the Ebola outbreak, many international observers doubted that even the country’s vast mineral wealth would be enough to rebuild living standards. The government’s ability to respond swiftly, however, rekindled confidence both with partner agencies and with its own people. With the resilient human element, Sierra Leone hopes to build solid democratic institutions so that the nation can sustainably grow civic involvement, the private sector, and entrepreneurship to meet 21st century opportunities.

Sierra Leone’s new vision for Africa and the United Nations

President Ernest Bai Koroma will address the United Nations for the final time as leader of Sierra Leone at the 72nd General Assembly. It will also represent his swansong as Coordinator of the Committee of Ten (C-10) group of African nations advocating greater representation in the UN in the form of two permanent seats on the UN Security Council (UNSC) and two seats among the rotating ten-member elected non-permanent nations, before passing on a torch with which he has become synonymous.

Using the same platform in New York in 2016, President Koroma did not mince his words when laying out Africa’s case for inclusion at the UN’s highest table, made up solely by the US, UK, China, France and Russia since the ratification of the UN Charter in 1945 – a situation that Dr. Koroma stressed does not reflect the reality of 21st century geopolitics.

The Common African Position, enshrined in the African Union’s Ezulwini Consensus of 2005, seeks nothing more than a logical and timely reform of the Security Council – one that recognizes an increasingly globalized world in which Africa finds itself on the front line of collective issues including climate change, population levels, food production and water resources.

“The UN is the most important global governance institution,” President Koroma said ahead of this month’s General Assembly. “Africa has a population of over one billion people and is projected to be the fastest-growing continent in the 21st century. But most importantly, most of the issues that are discussed in the Security Council are issues about and for Africa. The least we can do is to participate, at the highest level of governance, in decisions that are affecting us. That is the simple demand Africa is making.”

“Africa has 54 UN member states, more than any other continent. When the UN talks about democracy, I do not see why Africa should be left out. When the UN talks about participatory governance and inclusiveness, Africa should be given priority in terms of presiding over issues that affect our continent. We know that there has been some in opening up dialogue about a reform of the UN. Progress has been made, though, and the members of the C-10 will engage directly with the members of the P5 on how we can move forward.”

Samura Kamara, Minister of Foreign Affairs and International Cooperation, agrees with President Koroma’s stance in the face of reticence to the African cause in the UN: “There is always the need to fight against and prevent any attempts at cracking this sense of African coherence and unity by external forces. Today, the Common African Position on the UNSC reform is holding Africa together and defining Africa’s global identity. This is positive news for continent as well as the world at large. A united Africa means a strong world. Today, Africa is presenting a unified African voice on key issues, which is something we can all get behind.”