Renewables to reduce hydrocarbon use by more than 25% by 2025

While renewables currently only generate 1-2% of the country’s energy, Pakistan is committed to using more solar and wind sources to reduce its dependence on hydrocarbons 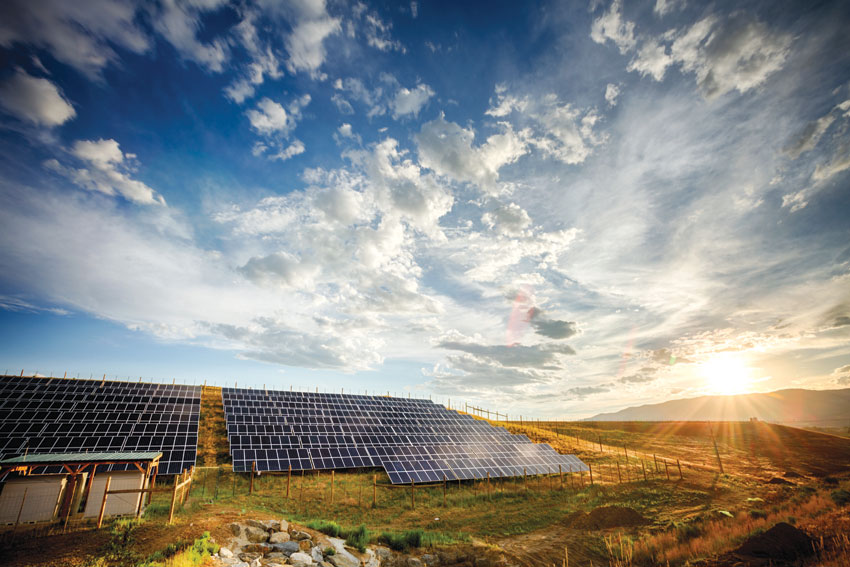 Pakistan has faced severe and repeated energy shortages that have left rural areas without power for up to 20 hours a day, and have even forced local factories to close down due to highly diminished output. This is largely because at present, 87% of the country’s energy comes from hydrocarbons such as imported coal, oil, and gas – a dependence which Pakistani energy officials hope to reduce to 60% by 2025 through the use of alternative energy sources.

Although Pakistan currently generates only 1-2% of its energy from renewable energy sources, it is committed to making solar and wind energy a larger component of its future power bank. The Pakistani Federal Minister for Water and Power, Khawaja Muhammad Asif, recently affirmed that the government welcomes renewable energy projects. “Pakistan offers good opportunities for investment in renewable energy as the country is blessed with vast natural resources,” he told Sabah News. Following talks in early September with a delegation from Zorlu Energy Pvt Limited – the largest solar company in Turkey – it was announced that Zurlo would make a 200 megawatt (MW) investment in solar power and a 100MW investment in wind power.

Likewise, in a recent meeting between Donald Sampler Jr,the acting assistant to USAID for Afghanistan and Pakistan, and the Pakistani Minister of Finance, Mohammad Ishaq Dar, the U.S. renewed its support of the Diamer Bhasha Dam – a gravity dam on the Indus River, which upon completion will be the highest roller compacted concrete dam in the world. It will produce 4,500MW of electricity through hydropower generation and store 10.5km3 of water for irrigation and drinking, in addition to helping control for flood damage. While the U.S. has already offered $250 million in assistance, in further support of this project and parallel opportunities, USAID also pledged its support for helping to improve governance in the power sector by announcing plans to hold a conference highlighting investment possibilities in Pakistan’s renewable energy sector.

“Even though we are strengthening our relationship with China, the meaningful numbers still come from USA,” said the Pakistani Minister for Privatization & Chairman of the Privatization Commission of Pakistan, Mohammad Zubair. “USA delegations are constantly coming to visit us as well and this is extremely important, especially in the energy sector.”

Indeed, while the US still provides solid support when it comes to furthering the use of renewable energy in Pakistan, China has also pitched in to help build the world’s largest solar farm in the Punjabi desert – a 100 MW, 400,000-panel pilot power project known as Quaid-e-Azam Solar Power Park (QASP), the first solar power plant ever built in Pakistan. Spread over almost 500 acres of land and completed for $130 million in just three months after the Chinese company, Xinjiang Sunoasis, took the construction reins, it is the first installment of a $46 billion China-Pakistan Economic Corridor project. Linking Pakistan to China’s western region of Xinjiang through a new “silk road,” the project is predicted to become the world’s largest solar farm by 2017, with 5.2 million photovoltaic cells producing enough electricity to power 320,000 homes. As Najam Ahmed Shah, the chief executive officer of QASP recently announced, the solar park will also shrink Pakistan’s carbon footprint by displacing about 57,500 tonnes of coal burn and reducing emissions by 90,750 tonnes every year.

To encourage and facilitate the transparency of projects in a similar vein, Pakistan’s energy regulator, the National Electric Power Regulatory Authority (NEPRA), has recently approved net metering schemes for solar and wind generation of up to 1MW. Under this system, NEPRA will grant generation licenses to solar and wind system owners after inspecting and approving their equipment.

As far as eolic power goes, Pakistan also has an impressive lineup of projects in the pipeline. The country’s first wind park was commissioned in 2012 and offers 49.5 MW of capacity drawn from 33 1.5MW Nordex turbines. Since 2012, Pakistan has added several more wind projects to its repertoire, including a 50MW wind farm at the Ghoro-Keti Bandar which received $95 million in financing from the U.S. Overseas Private Investment Corporation (OPIC). Known as the Sapphire wind farm, it uses 33 General Electric (GE) turbines.

“I think energy is evolving and the main thing is to diversify, to try and focus on getting more independence rather than growing dependent on imports,” said Sarim Sheikh, the CEO and President of GE Pakistan. He underscores the importance of using energy that can be sought through the use of renewables and indigenous or neighboring sources; a sentiment largely echoed by Amjad Ali Awansaid, the CEO of Pakistan’s Alternative Energy Development Board (AEDB).

AEDB has been a strong proponent of the development of Pakistan’s wind power sector, and while grateful for the support of institutions like the International Development Bank (IDB) and the Asian Development Bank (ADB), there are hopes to continue facilitating new projects that will also more fully engage the private sector. “The government is supporting investors and developers through various incentives and has removed certain challenges such as making land accessible and aligning project development with grid capacity,” said Mr. Awansaid at a recent event held in London to promote new opportunities in the renewable energy sector. “We have a shared vision and a commitment to developing a clean energy regime.”

“I think energy is evolving and the main thing is to diversify, to try and focus on getting more independence rather than growing dependent on imports”