Renewable energies as the new fuel for Nigeria’s growth

Article - December 18, 2012
Around 60 per cent of Nigerians are not connected to the electrical grid, while the rest have a rather unreliable supply. Could renewable energies be the solution to this dilemma? 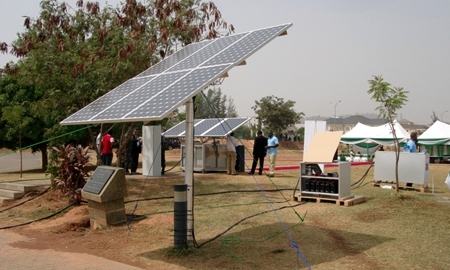 Decades of inadequate policies, from an energy point of view, are responsible for this poor situation, although has become apparent that currently, Nigeria is simply not capable of guaranteeing the power it needs for its 170 million inhabitants.

The report goes on to say: “The oil and gas sector has been performing below the average growth rate for the economy as a whole.”

Growth of the non-oil sector reached an average of 8.9 per cent between 2005 and 2009, yet energy production was not able to keep up with the rising demand that inevitably accompanies economic growth.

For this very reason, there are many proponents – both within Nigeria and globally – of harnessing alternative energy sources to help boost production, which in turn could encourage industrial development and attract new investment.

Nigeria has what many experts consider an excessive dependence on gas-fired power plants, as the country is rich in this resource. Despite its abundance, however, natural gas has not been able to contribute to a steady supply of electricity. In 2011, according to the federal government, Nigeria became the country in the world with the biggest gap between energy supply and demand.

Nigeria has plenty of renewable natural resources for producing energy (solar, biomass, wind, etc.) but their use has been marginalised. Advocates of alternative energies claim that now, more than ever, is the time to consider their exploitation. Indeed, Nigeria’s energy supply must grow by at least 8 per cent annually.

A report from the European Commission’s Joint Research Centre (JRC) on the use of alternative energies in Africa, released earlier this year, remarks that solar energy production in Africa would be, without a doubt, higher than in Central Europe if Africa had at its disposal the means. The same size field of photovoltaic panels in Africa would produce twice the amount of energy than in Europe.

In Equatorial Africa, the solution could come at the hands of small hydroelectric plants, says the JRC. They would have immense potential, owing to an extensive network of rivers that run year round and to the fact that the majority of homes are located along these rivers, rather than being situated near previously installed electric networks.

In terms of wind energy, its advantage lies in the feasibility of installing generators near those communities that are far away from the general electrical grid.

There is still much work to do and Nigeria faces an enormous task if it is to reach its targets by 2025.