Diversification of the economy gains pace

Article - July 19, 2013
The ongoing push to diversify Nigeria's economy away from its dependency on the dominant oil and gas industry is highlighting opportunities in an array of other sectors. 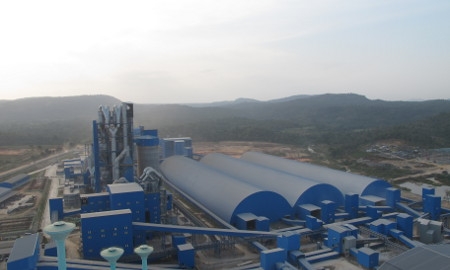 In the underserved and rapidly expanding retail and real estate market, the Persianas Group has developed the country’s first internationally specified, purpose-built shopping mall: The Palms Shopping Centre in Lagos. The largest shopping centre in the country, the company has built on the success and popularity of the $50-million project to create the Polo Park Mall in Enugu State, with Kwara Mall in Kwara State and Ibadan Mall Oyo State also under development.
The group’s interests involve the property development, asset management, retail, investment and hospitality sectors. Last year, the International Finance Corporation (IFC) announced its intention to invest N20 billion ($124 million) in the group to support its growth strategy. IFC Regional Industry Director Oscar Chemerinski stated: “IFC’s partnership with Persianas supports a rapidly growing, more diversified economy and encourages private investors in the Nigerian retail and commercial property industry.

Persianas’ property developments provide a platform for smaller businesses to expand their retail operations.”
President of the Dangote Group, one of the most diversified business conglomerates on the continent, Alhaji Aliko Dangote believes that there has never been a better time to invest in Africa than now. He has also affirmed that Nigeria is “one of the best places to make money” and that in Nigeria alone, his group is investing $8 billion in oil refining and $2 billion in fertiliser over the next five years. The Lagos-based group is also involved in cement manufacture, food production, agriculture, logistics and real estate.
The Dangote Group’s annual turnover has rocketed from $200 million in 1998 to now exceeding $3 billion. “Others only looked at the difficulties of doing business in Nigeria, whereas we saw the opportunities,” comments Knut Ulvmoen, Group Managing Director of Dangote Cement. The company’s Obajana Cement Plant is the largest in Africa and expansion plans to boost capacity to 13 million tonnes per annum by 2015 will make it among the largest in the world.
One of the most experienced operating-asset buyout investors in Nigeria, Transcorp focuses on the agribusiness, hospitality and energy sectors, and is also investing heavily in infrastructure. It recently won a $300-million bid for the rights to the Ughelli power generating plant, which was thrown open to private tenders and in need of modernisation. “The privatisation process has looked at all the links in the chain and we are all ready to move forward together. Nigeria should be looking at an extra 500-700MW within five years from this plant,” says Obinna Ufudo, Transcorp’s President and CEO.
In Benue State, the company has set up the only juice concentrate plant in the country, with the capacity of processing 26,500 metric tonnes of orange, mango and pineapple per year. “The benefits for everybody will be immense,” says Mr Ufudo. “Farmers in this region currently live off selling about 50 per cent of what they produce, with the rest going to waste. While trading with us, they will find they will be able to sell a larger stake and possibly all of their produce, thus increasing their wealth and incentivising them to increase the volumes they produce.”