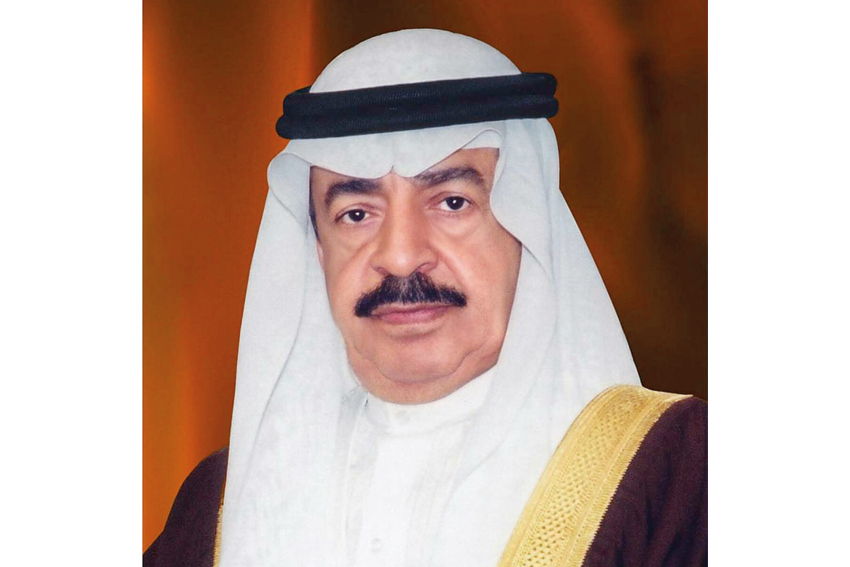 In recent years, Bahrain’s economic reforms – hailed as the most ambitious in the Gulf – have delivered higher standards of living, reduced the economy’s dependence on oil, and laid the foundations for the Kingdom’s sustainable development plan.  As a result, the country today boasts a fast-growing financial sector and an increasingly diversified economy.

But as it enters its next phase of growth, the Kingdom still has work to do to make sure every Bahraini has the opportunity to reap the rewards of its canny economic policy, and the Bahraini government, led by Prime Minister Prince Khalifa bin Salman Al Khalifa, is now working to implement new regulatory frameworks which encourage investment and inclusive growth across key economic sectors.

“These include reforming the role of the public sector from the central driver of growth to one that serves as a regulator and active partner with the private sector, supporting innovation to stimulate competitiveness, and investing in citizens’ futures to further improve their living standards,” says the prime minister.

A national Government Forum, launched in September last year, plans to do exactly that.  Centred on Bahrain’s continued efforts to deliver a modern and dynamic public sector, it brings together ministers and officials from across government to explore ways in which even greater sustainable diversification and economic prosperity can be delivered.

The interior ministry, the Ministry of Transportation and Communication and the Central Bank of Bahrain were among some of the public-sector entities praised during the inaugural forum for their contributions to the effective and efficient development of state institutions, and the Bahraini government now aims to ramp up public service provision to support the Kingdom’s future growth further – both in economic and social terms.

To ensure that discussion outcomes translate into action, the Civil Service Bureau, which supervises human resources across government entities and is tasked with raising production efficiency in the public sector, has begun a follow-up project to develop and improve service provision capabilities.

“These include reforming the role of the public sector from the central driver of growth to one that serves as a regulator and active partner with the private sector, supporting innovation to stimulate competitiveness, and investing in citizens’ futures to further improve their living standards”

“The Kingdom of Bahrain is resolved to continue its pioneering development progress towards achieving the welfare of its citizens and coming generations,” says King Hamad bin Isa Al Khalifa. In practice, this means carefully calibrating public sector reforms to the new economic reality in formerly oil-reliant Bahrain, further developing the economy and diversifying revenues in light of the fiscal challenges the region faces due to the global decline in oil prices. “If the development programmes and plans do not succeed in improving citizens’ lives and the quality of the services provided for them, they have to be modified and re-directed towards meeting the citizens’ expectations and fulfilling the aspirations of His Majesty King Hamad bin Isa Al Khalifa for ensuring prosperous lives for all Bahrainis,” points out the prime minister.

Already seen as the freest economy in the Middle East – it ranks top among MENA countries in the Index of Economic Freedom, published by The Wall Street Journal and The Heritage Foundation – Bahrain’s growth and prosperity has come about in large part as a result of its transparent regulatory system and ease of doing business, helping it to attract swathes of foreign investors.

“The government relies on industrial investment, which represents one of the viable tools to diversify the sources of revenues and generate jobs,” says the prime minister, adding that “the current economic challenges require more industrial investments, as a strategic alternative to achieve sustainable development for the GCC nations.”

While economic liberalisation has meant a gradual reduction of state involvement in running the economy, translating economic growth into inclusive, sustainable development requires a proactive approach from the public sector. Therefore, the government has committed to increasing employment opportunities and facilitating an economic environment conducive to sustained economic growth, and is keen to position Bahrain as a centre of excellence for public sector reforms.

“The international community should be properly informed about the Kingdom’s success stories, which reflect the outstanding ability of the Bahraini people to achieve progress within a stimulating environment,” says the prime minister.

Improving access to opportunities and forming strong institutional structures, as well as building human capacities, have been identified as target areas of work by the government. However, it takes a pragmatic approach to achieving these goals, recognising the need to join forces with the private sector and leverage its expertise through public-private partnerships. Indeed, the steady growth of Bahrain’s non-oil sector, which now accounts for more than 80 per cent of the Kingdom’s thriving economy, “serves to demonstrate the importance of facilitating public-private partnerships”, said First Deputy Prime Minister Crown Prince Salman bin Hamad Al Khalifa, speaking to Bahrain News Agency.

The government is also leveraging upon its international relationships to improve social conditions for its growing middle class, by ensuring the availability of modern and affordable housing across the Kingdom. In its current action plan, the government has pledged to deliver an unprecedented 25,000 housing units, and construction has begun in the southern governorate on a modern residential area in collaboration with the Prince of Wales’ Foundation for Building Community.
By fostering opportunities to allow its citizens to achieve their aspirations, Bahrain’s public sector reforms will enable the country to complete its transformation from an economy built on oil wealth to a productive, competitive and inclusive economy that raises a broad middle class of Bahrainis with good living standards.