The resilience and high regulatory standards of the Qatari economy are seeing it recognized as the best-positioned country in the Gulf to ride out the current wave of global economic challenges. 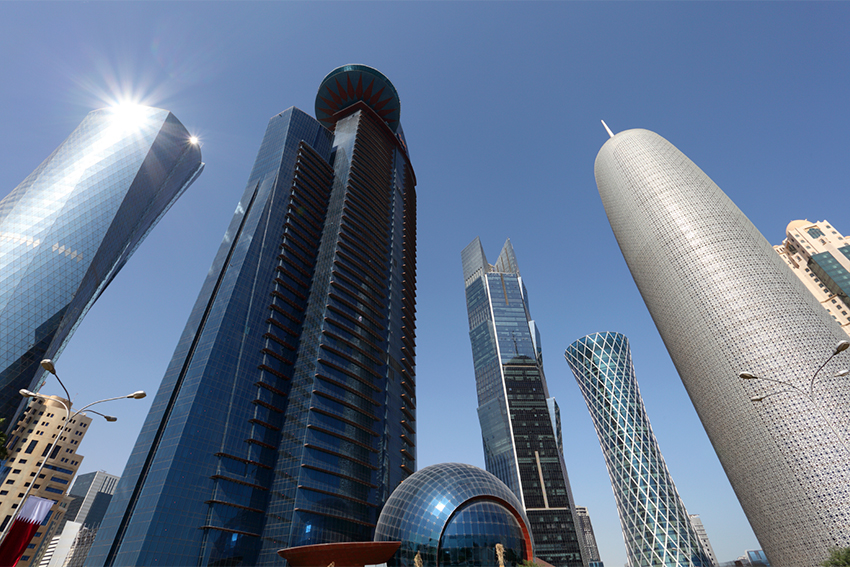 BUSINESS IS BOOMING IN DOWNTOWN DOHA: QATAR RANKS AS THE NUMBER ONE COUNTRY IN THE MENA REGION IN THE WORLD ECONOMIC FORUM’S (WEF) 2015-2016 GLOBAL COMPETITIVENESS REPORT, AND AS THE 14TH MOST COMPETITIVE ECONOMY IN THE WORLD
SHARE

Despite the huge drop in global commodities prices and the deceleration of the most vigorous developing countries, in particular China, Qatar still holds a robust economy and financial sector.

The announcement came after S&P had already downgraded ratings for neighboring energy exporters Saudi Arabia, Oman and Bahrain – three of the six members of the Gulf Cooperation Council countries – marking Qatar as a standout performer in the region.

“Rating agencies and investors have continued to have confidence in Qatar’s financial sector, as, for example, is evident from the maintenance of Qatar’s high credit rating and the upgrade to emerging market status by leading rating agencies,” says Governor of the Qatar Central Bank (QCB), Sheikh Abdulla Bin Saoud Al-Thani.

He highlights the key reforms implemented by the regulatory authorities as being vital to the country’s economic soundness. Critical developments include the implementation of the Basel III regulations’ agenda, enhancing foreign participation in the stock market, establishing specific zones for foreign investors, and ensuring strong transparency procedures to prevent and fight money laundering and the financing of terrorist activities.

“More recently, the establishment of Qatar as the first regional Renminbi clearing center will play an important role in developing the financial industry domestically and internationally,” adds Sheikh Al-Thani. “Work is to continue on the macroprudential framework, supervision of insurance, deposit insurance, and domestic credit rating, among others, to enhance the business and investment environment.”

Other achievements to Qatar’s credit include leading the Middle East and North Africa (MENA) region in the World Economic Forum’s (WEF) 2015-2016 Global Competitiveness Report, ranking as the 14th most competitive economy in the world. In the report, Qatar holds the first position globally in terms of ease of access to loans, which it hailed as “world class”, and its stable macroeconomic environment comes in second position. The report also notes the widespread use of the internet and embracement of the latest technologies. Additional Qatari strengths mentioned in the report include the high efficiency in its goods and services markets (fifth position) and a very high level of physical security (fourth).

Qatar’s commercial competitiveness and financial solidity results from the implementation of a broader comprehensive vision – its National Vision 2030 – and the strategic decisions of the Central Bank, which over the past decade have lead Qatar’s successful economic transformation and progressive opening to international markets, while enhancing its competitive environment.

“One of the four pillars of Qatar’s National Vision 2030 is economic development, i.e. the development of a competitive and diversified economy capable of meeting the needs of and securing a high standard of living for all its people,” comments Sheikh Al-Thani.

Indeed, one of the key factors underpinning the resilience and stability of the economy is the country’s proactive diversification strategy, which has recently led to 50% of Qatar’s GDP now coming from the non-hydrocarbon sector, in which growth has been spurred by large investments in major infrastructure projects such as the expansion of Hamad International Airport, the metro project in Doha, new rail network, the impressive New Port Project – considered to be the largest greenfield port development project in the world – and the creation of free zones around the country. Such initiatives are part of the push to shift Qatar away from its traditional role as a hydrocarbon exporter to become a future manufacturing and services hub.

“In Qatar, thanks to the well-planned diversification strategy initiated in 2011, domestic growth, though moderate, remains in a strong position among its regional peers,” says Sheikh Al-Thani. “Involvement of small and medium enterprises (SMEs) in the overall growth of the economy is envisaged in the National Vision 2030 and the role of the financial sector to support this strategy is paramount. Identifying a uniform definition for SMEs across the financial institutions will ease the hurdles for SMEs to get access to credit from banks and mobilize resources from private placements and the venture capital market. Qatar Development Bank and other government agencies are actively participating in the process of promoting the SME sector.”

Officials at the QCB affirm that Qatar’s overall economic outlook remains positive and the key driver of growth will continue to be industries outside the oil sector. With a historic drop in commodity prices, Iran entering the international energy market, neighboring countries experiencing various fiscal challenges, and the US raising interest rates, Qatar is standing out as one of the most solid economies to weather the effects of global economic challenges while fostering new opportunities for development.