While a huge influx of immigration has brought much cultural diversity to the country, Qatar has also made concerted efforts to preserve its own heritage through cultural projects and the all encompassing Vision 2030 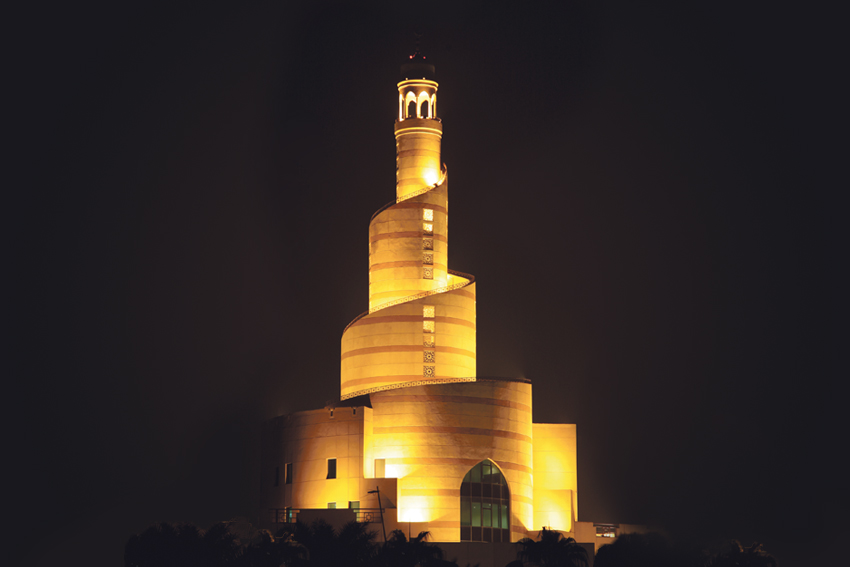 There is one somewhat surprising statistic that tells you a lot about the modern day cultural dynamic of Qatar.  Out of its current population of 2.8 million people, only 12 per cent are native to the country.

A small proportion of an already small population, you may think. And it is.  It’s a situation resultant of a fossil fuel boom that started in the 1940s.  This – on top of the relatively liberal policies established under former Emir Hamad bin Khalif Al Thani – has seen the tiny emirate welcome expats from all over the world in search of opportunity.  Still today there is a continuously increasing number of foreigners moving to Qatar to work, as well as to enjoy a standard of living relatively similar to that of Western Europe.

Owing to such a huge influx of immigrants – to the extent where Qataris are now demographically a minority in their own country – you’d be forgiven for wondering how on earth the nation has managed to preserve its own identity. Sheikh Faisal Bin Qassim Al-Thani, Chairman of Al Faisal Holding – one of Qatar’s leading private companies – says that while Qatar has become “almost unrecognisable” from the tiny nation it once was, it has in fact managed to retain its cultural heritage extremely well.

Primarily, says Sheikh Al-Thani, this has been possible thanks to the country’s investment in education. “In order for Qatar to protect and preserve its traditions, since the country has been flourishing economically we’ve endeavoured to improve our education system, as well as add things like new museums. The youth of today now has a chance to receive an extremely high quality education, where priority has always been given to preserving Qatari values.”

Although formal education has been one major part of keeping Qatari culture alive, as Mr Al-Thani alludes to, so has been the establishment of educational and cultural facilities such as museums.

One such place is the Katara Cultural Village in Doha. Opened in 2010 by the Cultural Village Foundation, Katara is described by its General Manager, Dr Khalid Bin Ibrahim Al-Sulaiti, as “an exceptional project of hope for human interaction through art and cultural exchange.” Named after the country’s ancient moniker – Katara Cultural Village was born out of a long held vision to position Qatar as a cultural beacon in the Middle East through theatre, literature, music, visual art, conventions and exhibitions.

“Katara was envisioned by Qatar’s leadership, who were perceptive of the need to move from a society with an economy depending on hydrocarbons to a society based on knowledge. It is today considered as a giant architectural masterpiece spreading awareness about the importance of each culture and civilization,” explains Dr Al-Sulaiti.

Indeed Katara is not just a celebration of Qatari culture, but – true to the modern cultural melting pot that Qatar is today – a celebration of all cultures from around the world, and especially the Middle East. Keeping pace with the emerging global culture that emphasises the importance of diversity in human development, the village is the largest and the most multidimensional cultural project in Qatar and is equipped with cutting-edge amenities, beautiful concert halls and galleries.

The general director explains that the village’s main focus, in line with the National Vision 2030, is to develop knowledge and understanding. “Katara is a centre for cultural and intellectual development in the region due to the unlimited support it receives from the country’s leadership,” he says. “Its aim, anchored on Vision 2030, is to make Doha an international capital of culture while maintaining its distinct local and Gulf identity, and to offer an ideal model of Arab culture to the world.”

Naturally, Katara is not only an extremely popular attraction with locals keen to learn more about their own heritage, but also with expats residing in the country and a steadily growing number of tourists. Indeed Katara is gearing up for the expected spike in international visitors which will be brought by the hosting of the FIFA World Cup in 2022 with a raft of new developments. “Katara is providing for all means of tourism, entertainment and shopping within its new projects that will be completed in the coming months, including many commercial complexes, shopping malls and entertainment facilities,” says Mr Al-Sulaiti.

Under the National Vision 2030, the nation aims to receive seven million annual visitors specific to tourism and envisions positioning Qatar as both a world-class tourism destination and a cultural cornerstone in the region.  And it’s fair to say Katara is not the only company anticipating new opportunities in the tourism, hospitality and service sectors.

“While this company focuses mainly on industrial manufacturing, we are also trying to strengthen our position within the hospitality and tourism sectors,” says the Al Faisal Holding Chairman, Sheikh Al-Thani. “We are very proactive, and continuously evaluate opportunities for new investments.”

The same can be said for AMLAK Hospitality, a 100 per cent Qatari holding group that manages a strategic portfolio of assets through its subsidiaries that include hospitality, leisure, venues, arenas, and residential and commercial properties.  As with Katara Cultural Village, there are certain set of values that define its activities, says CEO, Abdul Aziz Al Emadi.

“The role of AMLAK Hospitality has evolved in the four years since it was formed. There is its original role, and its current role. But a common thread runs through both: the values of quality, service, education, sustainability and raising awareness in the hospitality industry, all for the benefit of Qatar.

“The initial role of AMLAK Hospitality was to manage our hotel assets. However, our current strategy  is to develop and operate our own hospitality brands. It is not a case of simply building a hotel. There is a greater responsibility, and that is to ensure that any project we undertake will add value to Qatar as a whole.”

If organisations such as Katara Cultural Village are essential for Qatar to preserve and celebrate its traditions, companies like AMLAK Hospitality are the embodiment of contemporary Qatar and its ambitious vision for the future – one that places great emphasis on education, health, sport and sustainability. “Our strategy and branding is in alignment with this,” says Mr Al Emadi.