Qalaa Holdings has invested $12bn in the region to date

Companies such as Qalaa Holdings haven’t slowed their investment in Egypt over the years. Now, with so many large and mega projects in the pipeline, Qalaa is more optimistic than ever 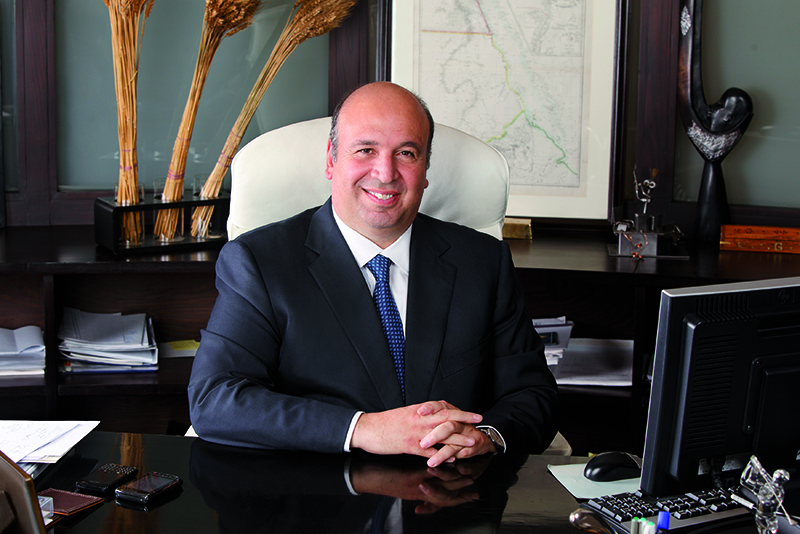 One specific Egyptian company that has long believed and invested in the financial future of Egypt and Africa is Qalaa Holdings.

Formerly known as Citadel Capital, Qalaa Holdings is one of Africa’s leading investment groups. Some of its major investments include infrastructure, with subsidiaries focusing on energy, agri-foods, cement, mining, and transportation and logistics. The company’s goal is to encourage investors’ interest in Africa. Opportunities that the company sees as ideal are those that move away from pure commodities and that move towards building value and the market; therefore it invests in manufacturing, infrastructure, and value-added exports that will be the impetus for Africa’s continued economic growth.

The firm’s membership in the United Nations Global Compact (UNGC) is part of its commitment to Egypt’s sustainable future. The UNGC is the world’s largest voluntary corporate social responsibility initiative. Qalaa Holdings joins over 12,000 business and non-business participants, from over 145 countries, in this network that offers a pool of ideas and recommendations for promoting sustainable development. Membership also offers access to the UN’s extensive experience with and knowledge of issues connected to development and sustainability.

This membership will prove useful as Qalaa’s key portfolio company in the regional mining industry, ASCOM Geology and Mining, has been tapped to work with over 40 other companies on an initial phase of the New Suez Canal, under the supervision of the Egyptian Armed Forces. ASCOM will complete dry sand excavation on a 1-kilometer-long, 0.4-kilometer-wide section of the canal. “We are fully involved in the project with our mining company doing some of the dredging for the expansion,” says Mr. Heikal. “The symbolic meaning is great for us, we are proud to participate in a project that will support the growth of Egypt.”

Another subsidiary, Nile Logistics, provides efficient container transport services via river barges that travel between the Suez Canal Container Terminal and the Port Said Container Terminal. This includes a naval service bay at the Suez Canal. By using this river transport service, which features inland barges that transships containers, containers arrive in less than one hour, as opposed to the minimum trip of four to six hours when truck convoys are used.

In addition, a subsidiary named Mashreq has the lease for a 210,000-square-meter (52 acre) area of land in East Port Said, which is near the Suez Canal’s Mediterranean terminus. Mashreq is in the process of building a logistics hub and tank terminal, the first of its kind in the area, that will expedite trade with other nations and help Egypt take full advantage of the Suez Canal. Mashreq will also provide fuel bunkering services for ships that are traveling the Suez Canal.

Energy, one of Qalaa’s core industries, is a particularly pertinent concern at the moment. Mr. Heikal explains the company’s drive to focus on fundamental issues in the area of energy in Egypt: “We can do so by delving into two questions: What’s the optimal energy mix for Egypt? And how can we most efficiently harness the resources we have today?”

Qalaa attempts to provide answers to these questions through the projects undertaken by a variety of its holdings in the energy sector. The company’s primary investment in the energy sector, Egyptian Refining Company, is working with the Egyptian General Petroleum Company and a group of Gulf and international investors to operate a world-class refinery that will have the capacity to produce more than 4.1 million tons of refined products each year (which includes 2.3 million tons of Euro V, the cleanest-burning diesel fuel in the world).

This refinery could reduce Egypt’s current diesel imports by more than half, and it could reduce sulfur emission by almost one-third. Construction on the facility is almost at 50% completion, which means that it should begin operating by the middle of 2017.

According to Mr. Heikal, Egypt is uniquely poised to “lay the foundation for a more secure energy future.” He highlights that “Egypt’s focus on fossil fuel has been costly, resulting in high imports and pressure to the local currency. For the long term the energy mix needs to include things we don’t need to import. We need to promote solar, wind and nuclear energy and achieve our energy goals while preserving the environment.”

The chairman backs his company’s fundamental confidence in Egypt, saying, “Global businesses that have come to Egypt will give you a positive review. Adding to this, the capital restrictions of the market make large investments result in high returns. The great foreign investment success stories prove that Egypt has always managed to do the right things.”