The resurgence of Indonesia’s defense industry

A sector is being reborn after recent history has taught Indonesia that self-reliance in defense is the most strategic way to ensure its armed forces are well-equipped, while driving growth in local industry 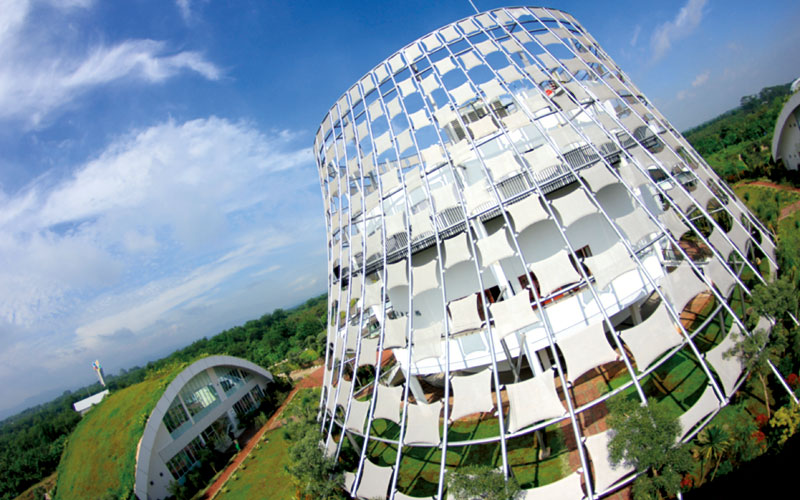 THE HEADQUARTERS OF PT DAHANA, A CENTER OF RESEARCH AND TECHNOLOGY DEVELOPMENT
SHARE

Since the declaration of independence of the Republic of Indonesia on August 17, 1945, establishing and maintaining an effective armed forces for the country has been a key priority for successive governments. The Armed Forces of Indonesia (collectively called Tentara Nasional Indonesia – TNI) was born from local revolutionaries who joined the anti-colonial struggle, a conflict which ended in 1949.

Following this period, TNI underwent a series of transformations that saw it transit from an organization made up of irregular militia units to a professional, integrated regular military. This shift demanded the importation of vehicles, weapon systems and technology not produced in the country at the time.  Additionally the subsequent establishment of the Indonesian Air Force (TNI–AU) and Navy (TNI-AL) required the acquisition of aircraft and ships from abroad.

However, dependence on military equipment manufactured in other countries has twice created debilitating shortages of spare parts during the last 50 years. This has rendered sections of the military inoperable and subsequently reduced TNI’s ability to carry out its core mandate of providing national defense.

Such a situation first occurred during the mid-1960s, when the Soviet Union stopped supplying spare parts needed for Russian-made aircraft and naval vessels operated by Indonesia. Without these parts, the national air force, could not maintain serviceable aircraft. This same issue affected the navy, which became unable to deploy units as its ships broke down. A similar situation was repeated during the 1990s when a U.S. military embargo and refusal to supply replacement parts led to the grounding of certain aircraft belonging to the nation’s air force.

A tactical turnaround
Due to these lessons of history, Indonesian governments have worked to establish a local industry capable of sustaining TNI’s operational requirements. By building sophisticated equipment and vehicles locally, the country could mitigate the effect of any external sanctions. Before becoming President, B.J. Habibie was a key figure in leading the development of this industry as long-serving Minister of Research and Technology. His own background as an engineer for German aviation companies naturally suited the task.

However, efforts by B.J. Habibie under the New Order government of President Suharto, which included the establishment of effective state-owned defense companies, were devastated by the Asian Financial Crisis of 1998. In order to comply with International Monetary Fund (IMF) conditions, defense spending was reduced and Indonesia’s state-owned defense companies were downsized. This situation resulted in a massive brain-drain which affected the sector for years to come.

Indonesia’s subsequent transition to democracy following the crisis saw a strong focus on areas unrelated to defense, as successive governments worked to build new systems and focused on social and economic issues. It was not until the second term of President Susilo Bambang Yudhoyono, from 2010 onwards, that a strategic focus was placed on revitalizing the Indonesian defense sector.

As a career officer and former TNI general, President Yudhoyono long understood the country’s strategic vulnerability due to its dependence on imported military equipment. Undoubtedly this influenced his decision to rehabilitate the sector. This policy has since been spearheaded by Dr. Purnomo Yusgiantoro, Minister of Defense, a distinguished professor of economics who had served as Minister of Energy and as Secretary General of OPEC.

The core goal of this drive is to achieve minimum essential force by 2024. This effectively means that Indonesia will be able to domestically supply itself with equipment, technology and other products needed to sustain its military. The Defense Industry Policy Committee (KKIP), which is made up of various stakeholders including government ministries, agencies, defense companies and universities, works to realize this policy through a cross-cutting, multi-organizational approach.

Ultimately underpinning the realization of the minimal essential force policy has been a series of significant budget increases and the introduction of legislation aimed at boosting both TNI’s capabilities and the technical capacity of Indonesia’s defense companies. As a result, recent years have seen the emergence of exciting new developments in the sector.

The magnificent seven
At the core of these are seven strategic projects, which are set to significantly upgrade Indonesia’s military capabilities while also initiating technology transfer and developing local R&D and manufacturing ability. These projects are being carried out in partnership with leading international firms to ensure the delivery of world-class equipment. Such a practice also works to promote the transfer of skills, knowledge and practices that Indonesian defense companies and engineers must emulate in order to meet international standards.

First and foremost of the strategic projects is the KF-X/ IF-X Fighter Jet Project. This is a joint venture between Indonesia and South Korea, working to develop a next generation fighter for both countries to utilize for national defense. As Dr. Timbul Siahaan, Director General for Defense Potential of Indonesia’s Ministry of Defense explains, “This is a generation 4.5 fighter jet which is equivalent to the F-16++. It is a three-phase project consisting of: technology development, engineering and manufacturing development, and finally, production”.

Indonesian Aerospace (PT DI) is the lead integrator working to carry out this project from the Indonesian side. The move to sophisticated fighter jets from its traditional manufacturing base of both fixed wing aircraft and helicopters will require extensive investment in both physical infrastructure and personnel. Such a great technological leap forward, though challenging, will certainly set a new standard for regional aviation production.

Also conducted in collaboration with South Korea is the second strategic project, the procurement of three new submarines from Daewoo Shipbuilding & Marine Engineering (DSME). The first two 209 DSME submarines will be constructed in South Korea. Engineers from state-owned Indonesian ship builder, PT PAL, will observe and participate in this process. The third submarine will then be constructed by these engineers in PT PAL’s shipyard in Suarabaya, East Java. New infrastructure will also be built in Surabaya to accommodate this. This will be the first time that a submarine has been built in the country.

Working with China, Indonesia is also developing the C-705 Anti-Ship Missile, its third strategic project. This subsonic, long-range missile will be utilized by Indonesia’s navy when completed. A production facility will be established in Indonesia, following training of local specialists in China. PT DI will be the lead integrator for this project, making use of its aerospace experience.

The design, development and manufacturing of the R-Han, 122mm rocket is the fourth strategic project. An R&D consortium consisting of the Ministry of Research and Technology (Ristek), the Ministry of Defense’s Research and Development Agency (Balitbang Kemhan) and the National Institute of Aeronautics and Space (LAPAN), is working on this aspect of project. PT DI will also be involved in production once the initial phases are completed.

PT Dahana, best known for producing explosives, is leading the fifth project, related to propellant production. Currently the country is dependent on imported propellant, which has a wide degree of military applications, including use in rocket and munitions manufacturing. If PT Dahana can establish its own propellant factory, it can guarantee a domestic supply of this strategic chemical to other defense manufacturers.

The construction of a medium tank is the sixth project. In this case, the lead integrator, Indonesian armaments and vehicle manufacturer PT Pindad is working with FNSS, a leading Turkish defense contractor. The two companies are designing a completely new medium tank, in line with TNI requirements. Although PT Pindad currently produces an array of wheeled, armored vehicles, this will be the first time that a tracked armored vehicle is manufactured in-country. Once again, this lessens dependence on foreign suppliers.

The final strategic project is designed to enhance, expand and strengthen national radar coverage. Current coverage has been deemed inadequate, due to Indonesia’s extensive land and sea territory. The Ground Control Intercept Radar (GCIR) system used in Indonesia’s air defense will also be dramatically improved by the realization of this project. Neither an international partner, nor an integrator from the Indonesian side has been chosen yet. However, Indonesia boasts an array of private and public sector companies suitable for contributing to such a project, including PT LEN, PT INTI, PT CMI Teknologi and PT Infra RCS Indonesia.

Although the defense revival is primarily focused on meeting Indonesia’s defense requirements, there is every expectation that it will eventually lead to a boost in defense exports, as the sector becomes active and innovative again. This is nothing new for the country, which has a history of exporting defense products. PT DI-manufactured CN-235 transport aircraft have been sold to air forces all over the world, and recently PT PAL won a contract to supply the Philippine Navy with Strategic Sealift Vessels (SSV). Even Indonesia’s PT Sritex, the largest textile company in South East Asia, supplies military uniforms to over 30 countries around the world, including Germany.

A host of private sector companies are coming into being on the heels of Indonesia’s defense revival, demonstrating innovation, hiring specialists and expanding production lines. These include the Batam-based ship builder PT Palindo Marine, the newly established military vehicle battery producer Garda Persada, and the parachute maker, CV Maju Mapan, to name a few.