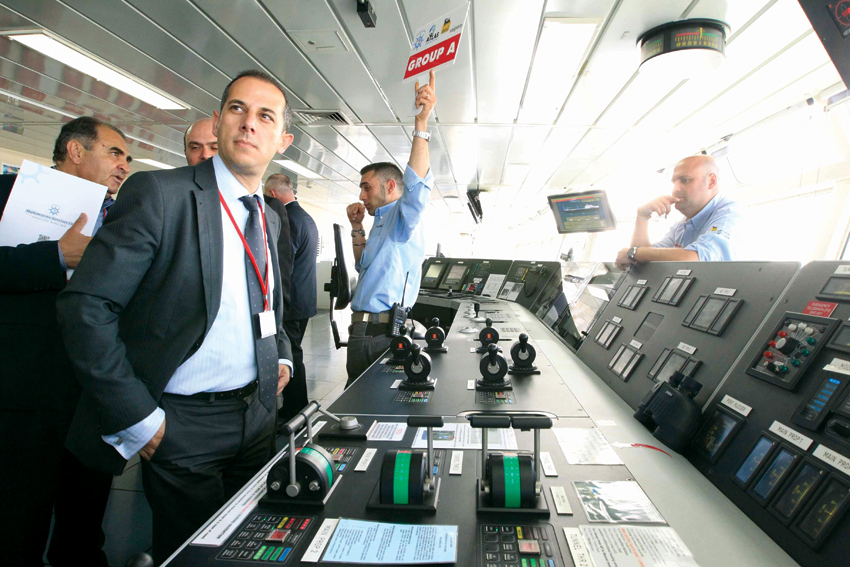 Cyprus faced a slew of challenges both on a domestic and international front following a turbulent 2013 but it’s now making the most of efficient communications and logistics infrastructure to power economic growth.

The country has enjoyed cross-sector expansion at a faster rate than most analysts expected, much of it driven by government interaction with the private sector to deliver results. Structural reforms to legislative framework were made and Cyprus is now launching programmes to promote entrepreneurship, reduce unemployment and improve market liquidity.

Developments across tourism and the energy sector are well underway and Yiorgos Lakkotrypis Minister of Commerce, Tourism, Industry and Energy, says repositioning the country’s geographical and political direction has been vital.

This latest development is providing numerous benefits to Cyprus and particularly its shipping industry but Marios Demetriades, Minister of Transport, Communication and Works, admits there is more to be done.

“Over the last two years we have recovered relatively fast due to the fast implementation of the initial measures. Having said that, we now need to implement more structural changes and this is when the hard work begins,” he explains, outlining how low corporate taxes mean the shipping sector has “great prospects.”

Cyprus has become an important telecommunications hub in the Eastern Mediterranean and a telecommunication centre of excellence due to CYTA’s international network, which is considered to be amongst the most technologically advanced in Europe”

Indeed Cyprus’ logistics potential is well-documented but the country is perhaps most famous as a tourism destination. The sector has struggled over recent years but for Wes Porter, CEO at Hermes Airports, reigniting demand could be a catalyst for wider economic growth.

“Tourism itself has a strong catalytic effect on investment. It does improve connectivity; it does give opportunities, not just for people to come over, but also for investment to come.”

Private-public partnerships have already been successful within the transport industry and Mr Lakkotrypis says the focus is now on creating “the most business-friendly environment possible, whether it is for setting up a business – where we have cut the time down from three weeks to three days – or by having a more predictable tax regime.” Positioning Cyprus as a business hub has clear potential and its much-vaunted communications network is a key attribute. For Michalis E. Achilleos, CEO at Cyprus Telecommunications Authority (CYTA), reforms have proven that the country has the resilience to succeed.

CYTA, which offers fixed and mobile services as well as Internet provision and digital applications, has made the most of Cyprus’ state-of-the-art infrastructure while the country’s highly skilled labour force has helped deliver solutions across the island nation and abroad.

“Cyprus has become an important telecommunications hub in the Eastern Mediterranean and a telecommunication centre of excellence due to CYTA’s international network, which is considered to be amongst the most technologically advanced in Europe,” explains Mr Achilleos, who adds that the island is connected with 10 submarine fibre optic cable systems within the region. The company also has subsidiaries in countries including Greece and the UK, which have formed part of CYTA’s strategy to derive further revenue streams.

“The biggest expansion was in Greece, where we started in 2007,” Mr Achilleos says, where voice, data, television (IPTV) and mobile services are offered. “We also established ourselves in the UK through CYTA UK, which offers services to the Greek speaking community living in the UK; there are around 270,000 Cypriots who live there.”

“Over the last two years we have recovered relatively fast due to the fast implementation of the initial measures. Having said that, we now need to implement more structural changes and this is when the hard work begins”

CYTA’s impressive expansion comes at a time when its future is under close scrutiny. The organisation agreed memorandum of understandings with the government over a proposed privatisation plan provisionally set for 2016, but Mr Achilleos is clear that the timing must be right. It is however clear that CYTA is already operating in many ways as a private company in a fully competitive environment and is currently prepping the introduction of 4G technology, which is set to be operational within weeks.

“When we launch new services,” says Mr Achilleos, “our foremost aim is to provide customer centric, reliable solutions to the Cypriot consumer differentiated with the customer care, the knowledge and support from CYTA’s experts which are among the most qualified in the industry. In this respect we are competing against ourselves, because these values have always been a strong competitive advantage for CYTA, recognized by our customers.”

Elsewhere telecoms firms such as MTN are also making their mark in the country. It has forged alliances with international game developer Wargaming.net, which is based in Cyprus, and offers hardware server solutions, cloud and consulting services to customers. It is another example of an international company making the most of Cyprus’ highly developed ICT infrastructure and its skilled workforce, as well as its business-friendly regulatory framework and its global outlook, a combination that Mr Lakkotrypis says is key.

“We need to position ourselves as a place where you can do business not only limited to Cyprus, but with many other destinations as well. We aim to communicate that we are predictable, transparent and certainly business friendly. Investors will come here and they will invest their money, and make an appropriate return.”