Proudly responding to the needs of the nation

Article - December 17, 2012
The conglomerate Flour Mills of Nigeria has increased its capacity to promote agriculture and development in Nigeria and to support the government’s economic policy 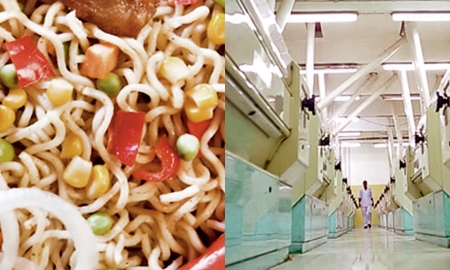 Incorporated in 1960, a day before the independence of Nigeria, Flour Mills of Nigeria Plc has become one of the largest and most successful industrial conglomerates in the country. With one of the biggest flour milling complexes in the world, the company is one of the main food producers in Nigeria and the first flour manufacturer with a 45 per cent market share.

As a modern African conglomerate, the company has grown into a market leader with popular and highly recognisable brands as well as an extensive distribution network.

Established under a clear vision, to serve the needs of the growing Nigerian population, the company has diversified from its core business to new sectors of the economy. Its activities currently span flour milling, pasta and noodles manufacturing, agro-industrial farming, animal feed, edible oils processing, fertiliser blending, cement trade and manufacturing, bags and packaging as well as port terminal operations and transport and logistics. Flour Mills of Nigeria’s commitment to developing its business interests reflects its support and confidence in the growth prospects of the Nigerian economy.

As part of its business model for growth, Flour Mills has completed the investment of N150 billion ($950 million) in order to execute its core strategy. According to Managing Director Chief (Dr) Emmanuel A. Ukpabi, “The investment has been made in a variety of projects such as flour milling, cement, port infrastructure, power and other strategically critical sectors.”

Dr Ukpabi reiterates the company’s intention to actively support the government’s policy of backward integration and expand its thriving agro-allied holdings, with growing investments in edible oils and a focus on expanding its successful animal feed business.

In line with this, the company has concluded agreements for the supply of a new 500 metric tonnes per day edible oil extraction and refining facility to be established. The new oil complex, an investment of N7 billion, would bring additional capacity to the company’s existing edible oil operations and provide much needed raw materials for its animal feed milling. This constituted phase two of a three-stage investment programme for the cultivation and extraction of edible oil from soybean and palm. The new plants to be commissioned in this second stage will more than double extraction capacity to 500 metric tonnes per day of soya and 300 tonnes per day of palm kernel. The third stage will oversee the establishment of palm plantations to augment local raw material supplies, and the establishment of a 750 additional metric tonnes per day multi oil refinery and margarine packaging plant.

These are just some of the company’s plans for growth and commitment. According to Dr Ukpabi, “Flour Mills is fully committed to playing a leading role in ensuring the successful implementation of the country’s agriculture policy and development” and has been doing so for the past half a century.