Proven oil reserves are diminishing at the same time the economy is growing, so Indonesia is turning to renewable sources, especially geothermal, to diversify its energy mix 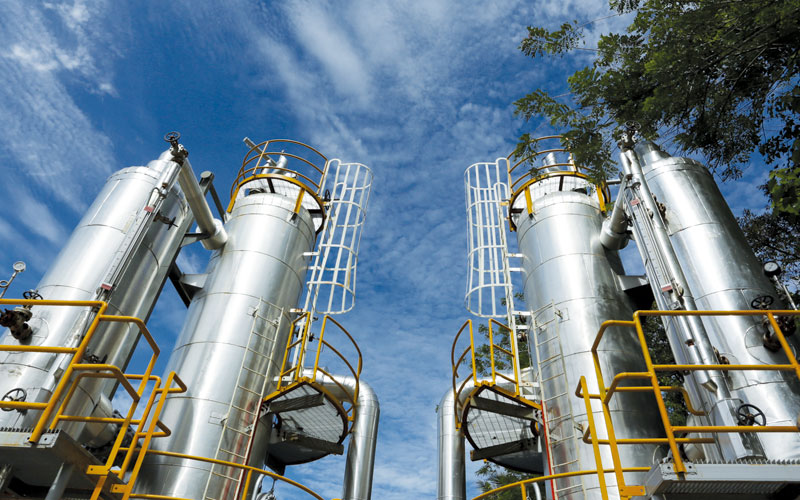 The history of Indonesia as a globally important energy supplier dates back nearly 130 years, when oil was first discovered in northern Sumatra. Since that time, it has risen to become a world leader in the production and export of various energy products, even as its domestic market grew in size to become the largest in Southeast Asia.

Today, Indonesia continues to forge ahead, with a deeper commitment to infrastructure investments and public-private partnerships, as it works to expand and diversify its overall energy mix to meet the demands of a rapidly developing economy.

Despite its oil production having declined from more than 1.5 million barrels per day (bpd) in the 1990s, to 834,000 bpd last year, Indonesia has continued to play a vital role in regional and global energy markets. It exports more coal than any country in the world, and is also the world’s fourth-largest exporter of liquid natural gas, its third-largest producer of geothermal energy, and 24th largest producer of crude oil.

Indonesia’s sizeable and geographically diverse territory holds significant renewable energy resources, such as hydroelectricity, solar and biomass – assets that it will need to capitalize on in order to meet power demand that is forecast to grow at more than 7% annually in the near-term.

“Indonesia depends too much on fossil fuels,” explains Prof. Subroto, the founder and  Chairman of Bimasena, The Mines and Energy Society, who once served as Indonesia’s Energy Minister and also led OPEC from 1988 to 1994. “We only have 4 billion barrels of proven oil reserves. So if we do not find new reserves in 10-12 years we will run out of oil entirely.”

Indonesia will only see its energy needs multiply in the years to come, Prof. Subroto points out, as total economic activity expands from $800 billion this year to $4 trillion in little over a decade.

“This is a fourfold expansion of GDP,” he emphasizes. As per capita income more than triples over the same time period, even as the overall population approaches 255 million, Indonesia will need multiple streams of energy. “At the moment 10% of our energy is from renewable sources,” he says. “By 2025, it needs to more than double, to 26%.”

To meet this challenge, policymakers and business leaders will look to the country’s abundant geothermal resources, the world’s largest, with a total generating capacity of 29GW annually. In June, workers there broke ground on the construction of what will be the world’s largest geothermal power plant, a $1.6 billion initiative known as the Sarulla Geothermal Power Project.

“When the Sarulla geothermal plant, with a capacity of 330MW, is up and running, it can meet today’s current demand,” affirms Surya Darma, Vice Chairman of the Indonesian Renewable Energy Society (METI). As head of METI, Mr. Darma has argued for increased regulatory certainty to help the country secure financing for large-scale renewable energy projects.

Rida Mulyana, Director General for New and Renewable Energy and Energy Conservation, points out that Indonesia has new legislation regarding geothermal investment. “We developed this law in consultation with investors and bankers, so return on investment is emphasized in the new regulations,” he says.

The Sarulla project counts on Nevada-based Ormat Technologies among its backers. Ormat will supply more than $250 million of equipment, and hold a 13% stake in the finished power plant.

“Geothermal energy is necessary,” says Darmoyo Doyoatmojo, Chairman of Sarulla Operations Ltd., and a commisioner of PT Medco Power Indonesia, the majority partner and operator of the Sarulla Geothermal Power Project. “With this project, we are developing a brand new billion-dollar asset. We have government arrangements and partnerships that put us in a different league. In Indonesia, we are the premier geothermal player and we can develop our potential further. Energy needs to evolve with economic growth.”

Mr. Mulyana adds that Indonesia needs “greater technological and financial cooperation, as well as better developed human resources to ensure we become more sustainable” and that the country needs “to change the energy mix in favor of renewable energy”.