Ambitious infrastructure plans open up opportunities for the private sector

Article - July 27, 2011
The government is planning major investments in various rail, road, air and port infrastructure projects that are needed to keep the country’s economic growth on the move 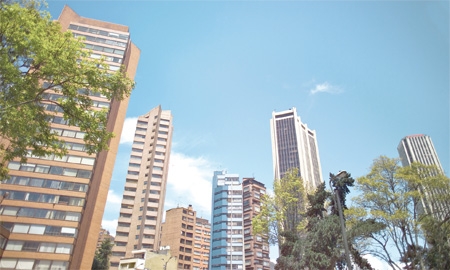 President Juan Manuel Santos has ambitious plans for his country’s economic growth, and he and his team have identified the five main ‘locomotives’ that will drive expansion. The sectors where the government wants to attract and focus investment are infrastructure, agriculture, energy, housing and innovation.

Colombia’s economy has managed to grow steadily over the years, even during the worst times of political and drug-fueled violence, and now that the armed groups have been reduced to nuisances in most regions, the country is ready to advance and make the kind of progress that will improve the lives of millions.

Colombia needs investment in transport infrastructure to help economic growth continue. Cargo exports have increased more than 35% in the past five years, while the country’s geographic location, with Pacific and Atlantic coasts, give it great potential to be a transshipment hub in the region.

The Transport Ministry expects investments of more than $45 billion on transportation infrastructure throughout the country over the next 10 years, and has plans to attract private companies both in Colombia and from abroad to provide more than 30% of the targeted investment.

“We are inviting all investors in the world to come and think of great works because we want to have a lot of private equity, and we are promoting it within and outside the country,” says German Cardona, Colombia’s Minister of Transport.

The Ministry is planning to invest in road, rail, air and port projects to improve the flow of goods and people around and into and out of the country. Colombia’s airports will be the focus of one area of the Ministry’s plans, with the goal of providing the country with modern passenger and cargo facilities by the end of 2015.

One group of projects, for example, will grant a 20-year operating concession for the airports in the cities of Santa Marta, Cucuta, Bucaramanga, Barrancabermeja, Valledupar and Riohacha in return for investments of about $55 million to improve various areas of their infrastructure.

The number of passengers using Colombian airports nearly doubled, from 8 million to 15.6 million, between 1991 and 2009. Air traffic is expected to continue to grow by about 5% a year, according to Aerocivil, Colombia’s civil aviation agency, which plans major investments to improve air traffic control and other parts of the country’s aeronautic infrastructure.

“We want the aviation sector to be the mainstay of the ‘locomotive’ of infrastructure,” says Santiago Castro, Aerocivil’s director.In a country the size of Colombia, air transport is very important for moving people and goods around, but as a producer of bulky products such as coffee and bananas, and heavy materials including coal and nickel, rail and road transport are also vital to the smooth functioning of the economy.

The government is in the process of issuing more than 1 trillion pesos ($562 million) of tenders for projects, most of them in the roads sector, while tenders for building the Carare rail line and improving the Central rail system will be issued later this year. In total the government hopes to build 785 miles of new rail.

Chinese builders are mulling a project to build a rail line linking Colombia’s Pacific and Atlantic coasts to provide an alternative to the Panama Canal. Another project would expand the capacity of a rail line used to ship coal to the Atlantic coast, a key to boosting exports of high-quality thermal coal.

The plans for roads and highways through 2014 will focus on four corridors, and will build or improve about 3,045 miles of roads for about 9.85 billion pesos. The projects include the construction of bridges and tunnels, widening of existing roads and the building of new highways.

The new roads and railways will increase the flow of goods to Colombia’s ports, and the government has ambitious plans in that area as well. About 2 billion pesos will be spent over the next four years to improve access to ports, and the government hopes to increase their capacity by 30% annually by focusing on building a few mega-ports, rather than many smaller ones.

Finding financing for major infrastructure projects can be a challenge, and the government is working to make the process easier. It announced last year that the development financing agency, known as Findeter, will be converted into the National Infrastructure Bank, or BNI, to improve access to funding.

The government has the financial muscle to finance a big part of its ambitious infrastructure investment plans, but it also welcomes the participation of the private sector, which can participate in big projects and help build the transportation system Colombia needs for future economic growth.

“Our doors are open to multinational companies in order for them to come and see the great opportunities in infrastructure, in both rail and ports systems, airports and road concessions that will help make our country more competitive and our economy more efficient,” says Juan Miguel Duran, Ports and Transport Superintendent.