Investing in the development of domestic infrastructure

Article - January 23, 2013
President Danilo Medina’s National Strategic Plan to boost the number of tourists to 10 million by 2022is encouraging massive investment in the creation and refurbishment of infrastructure, mainly at tourist resorts all over the country 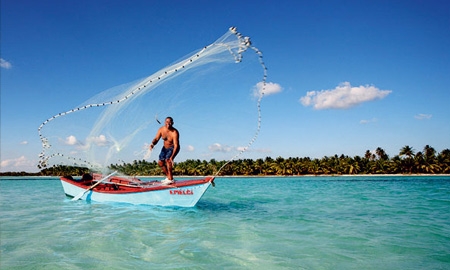 The tourism industry, the country’s main revenue driver, is the most attractive industry in the Dominican Republic,particularly for our country’s investors, which have plenty of experience with the “sun and beach” model.
According to local experts, over 50% of the investment in the Dominican Republic’s hotel industryinvolves Spanish capital, a percentage that could increaseas a result of new formulas and legal mechanisms being implemented by the Dominican Government to entice foreign investment. One of these mechanisms is the tax treaty entered into last year between the Dominican Republic and Spain, which will soon be definitively confirmed.
By the 2022 deadline, the Dominican Republic’s objective is to reach 10 million tourists, double the current number of five million.
Accordingly, the various institutions connected to the tourism industry are setting their sights on transparency and legal security, the promotion of development and mobility plans in various regions, the construction and modernisation of the road network and on strengthening citizen safety. One good example of this initiative that forecasts the expansion and enhancement of tourism infrastructure is the inauguration next year, of the cruise ship dock at Puerto Plata, which is envisaged to kick-start the tourism  industry in an area that has been somewhat abandoned  since the 1980s. The areas that are currently most active from a tourism standpoint are Punta Cana-Bávaro, Bayahibe, Puerto Plata, Samaná, Santo Domingo and La Romana, which specifically offer all-inclusive packages, adventure trips and residential tourism.