CONSTRUCTION & INFRASTRUCTURE IN THE DRC
CONSTRUCTIONAFRICADEMOCRATIC REPUBLIC OF CONGO

Business opportunities in the construction industry and infrastructure are in the form of partnerships, technology transfer, support and training. Infrastructure construction is part of the President’s vision for the ‘Revolution of Modernity’, one of the main priorities of the government 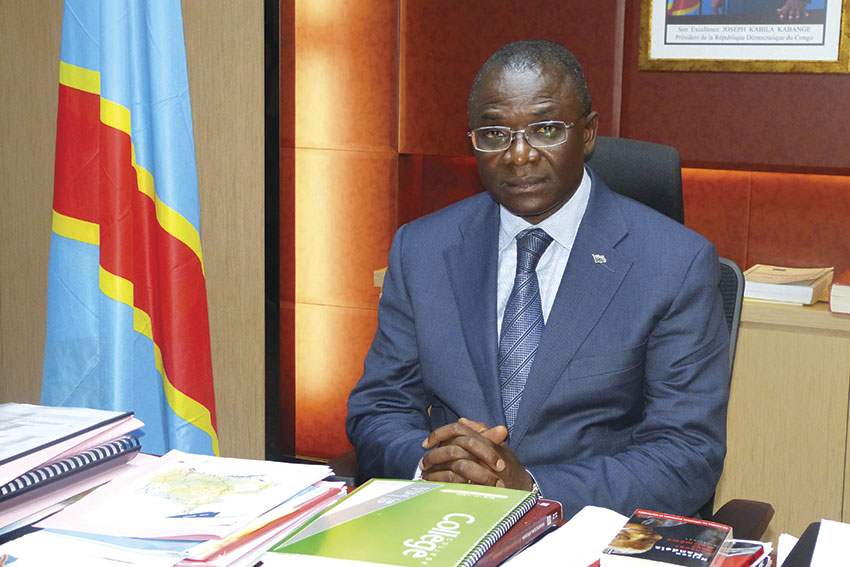 The DRC possesses some of the most valuable mineral resources on the earth, estimated to be worth some $24 trillion (£16.6 trillion) in total reserves, but without a modern and robust infrastructure system, the benefits will remain trapped in the ground. In order to address a general infrastructure deficit estimated to reach into the tens of billions of dollars, the government’s development plan includes measures and reforms aimed at increasing the country’s competitiveness by modernising infrastructure and transport, providing quality healthcare and education, and increasing electricity and clean water access to meet the everyday needs of the people.

The DRC has already come a long way since the devastating conflicts of the 1990s. “After independence in 1960, the DRC had 153,000 kilometres of roads, of which 58,000 kilometres were classified as roads of general interest. After the War of Liberation of 1997, which put the country on the path to achieving democracy in 2003 when the president formed a national unity government, these roads of general interest had been reduced to only 4,600 kilometres,” says Fridolin Kasweshi Musoka, Minister of Infrastructure, Public Works and Reconstruction

“Today, there are almost 23,000 kilometres of roads thanks to the government’s efforts and the assistance of technical and financial partners such as the World Bank, the European Union, and the African Development Bank, as well as various bilateral cooperation agreements, and public-private partnerships (PPPs). Much is still to be done in terms of infrastructure rehabilitation in order to bridge the gap and meet international requirements and standards.”

To meet these critical needs, the government has placed great emphasis on engaging the private sector in its push to build critical infrastructure. In February 2014, the DRC enacted the Law No 14/005 creating tax, customs and para-fiscal system of non-tax revenues and exchange control system applicable to Cooperation Agreements and Cooperation Projects. “This law is driven by the country’s will to implement public-private partnerships in order to mobilise significant funds to further the execution of the reconstruction and development programme, which will improve the population’s well-being,” explains Prime Minister Augustin Matata.

“Socioeconomic development and welfare of the DRC population will be improved through the rehabilitation, construction and modernisation of infrastructure”

To illustrate the urgent need for infrastructure improvements, Mr Kasweshi talks about the potential opportunities that exist in the sector. “Our objective is to guarantee the transport of persons, goods and services across the country. For this, and to bridge the road deficit, over one billion dollars are required annually, of which 90 per cent is for rehabilitation of road infrastructure and ten per cent for their maintenance. Current budget achieves only 20 per cent of that amount. Faced with these challenges, the DRC has turned to the use of public-private partnerships.”

The development of local industry and services also presents important opportunities. “In the south of the country, where significant mining activities take place, a strong contrast can be observed because the inputs needed to produce the metals are often more substantial than the metals themselves. On average, three tonnes of inputs are often required to produce one tonne of metal. The transport of these metals is frequently executed by foreign companies, and so it often happens that for every three vehicles entering the country, two leave empty and one leaves filled with mining products on which the transport costs must be amortized. This is why a strong effort is required to diversify the economy and encourage the establishment of local industries, which will develop other economic activities,” adds Mr Kasweshi.

In recent years, the DRC has signed more than $2.5 billion in PPPs, attracting investments from India’s Bharti Enterprises, South Africa’s Vodacom, Luxembourg’s Millicom International, France Telecom, and Egypt’s Orascom, to name just a few examples. Railroads and telecom projects represent the two major sectors receiving investments, but officials are hopeful that the PPP scheme can open up new finance channels for a broad variety of projects.