As the cleanest hydrocarbon with a key role to play in the reduction of CO2 emissions, liquefied natural gas (LNG) is becoming increasingly popular across the globe. Pakistan is one of four new countries to enter the LNG market in 2015, together with Poland, Egypt and Jordan 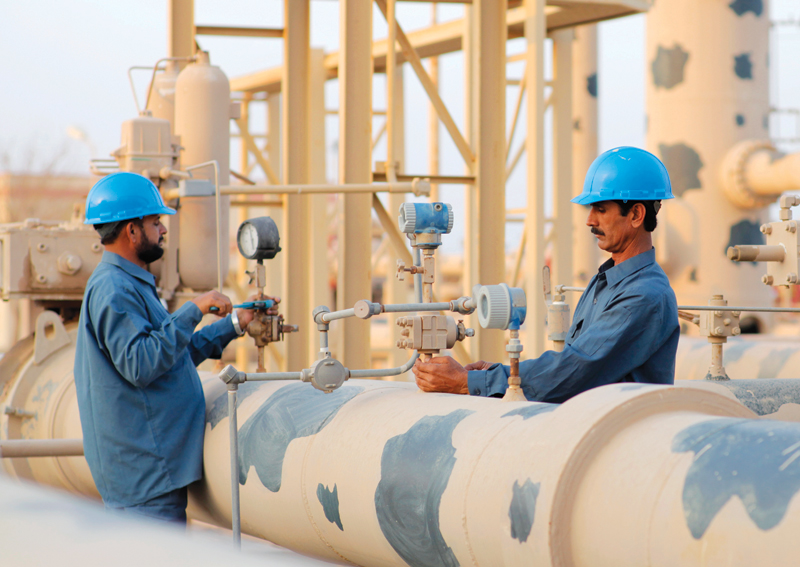 In a move described as a “game changer in the energy sector” by Minister for Petroleum and Natural Resources Shahid Khaqan Abbasi, Pakistan has turned to imported Liquefied Natural Gas (LNG) in an effort to solve its long-running energy crisis.

The developing country of more than 180 million people has long struggled to meet its rising energy needs due to a dearth of indigenous hydrocarbons and unreliable generation networks, prompting it to press ahead with the construction of its first LNG terminal, which opened earlier this year after being built in world-record time.  The $135 million terminal was completed in 335 days, when similar terminals elsewhere usually take at least three years to
become operational.

A total of 30 ships carrying LNG are expected to arrive in Pakistan in the first year, bringing diversity and security to Pakistan’s energy supply. Power generation from LNG is estimated to increase from 1,800 MW to 3,600 MW by 2017 as a result of this policy shift.

Pakistan has been facing a severe shortage of natural gas, both for its electricity generating plants and for general use by industrial sectors. Domestic gas production of 4 billion cubic feet per day (bcfd) is unable to meet the country’s demand. Indeed, the supply-demand gap is approximately 2 bcfd and has been steadily rising.

Khalid Rahman, Managing Director of the Sui Southern Gas Company, one of the country’s leading integrated gas firms, says that Pakistan has hitherto depended too heavily on imported crude oil. LNG, he adds, will be crucial to make up the energy deficit.

“All eyes have turned to LNG as it has emerged as a useful back up resource for diversifying and securing energy supplies. Investment decisions on LNG projects, both firm and pending, were unaffected by the unstable market and went ahead as planned” International Gas Union’s World LNG Report 2015

The International Finance Corporation has said that power outages are estimated to cost Pakistan the equivalent of 7% of its gross domestic product per year, with blackouts and brownouts lasting up to 8 hours in urban areas and even longer in rural areas. In the latest enterprise survey conducted in Pakistan, the absence of a reliable electricity supply was cited by two thirds of business owners and managers as the top constraint facing firms in the country.

Pakistan is importing its LNG from Qatar, the global leader in LNG exports by some distance. Qatar exported 77 million tonnes in 2014, or one third of the global supply, according to an International Gas Union (IGU) report.

A major criticism faced by the government over its pivot towards LNG is the perceived high cost. Mr Rahman said: “We do recognize that LNG is 50% or 60% more expensive than the indigenous resources, but we have to consider the options available right now for Pakistan.”

Minister Abbasi has consistently defended the price that Pakistan agreed with Qatar for LNG, claiming it is the cheapest rate in the world. In May 2015, the Minister told a meeting of the National Assembly Standing Committee on Petroleum and Natural Resources that the government had succeeded in restricting the benchmark price to 14.5% of the Brent crude price. Minister Abbasi pointed out that because of certain clauses in the pricing mechanism; India was buying LNG from Qatar at around $13 per million British thermal units (mmbtu), whereas the cargo that arrived in Pakistan on April 27 cost $8 per mmbtu, for example. In that same meeting, the parliamentary panel was told that if the price was kept at 14.5% of Brent crude rate, LNG would be around 10% cheaper than high sulphur fuel oil, 20% cheaper than low sulphur fuel oil and 50% cheaper than diesel.

Pakistan is importing its LNG from Qatar, the global leader in LNG exports by some distance. Qatar exported 77 million tonnes in 2014, or one third of the global supply, according to an International Gas Union (IGU) report

“All this misinformation was being spread by the oil importers as Pakistan purchases furnace oil and diesel worth $2.5 billion per annum and if LNG imports become successful, then who will buy furnace oil,” the Minister told the meeting.

In addition to the use in power generation, it is envisaged that the imported LNG will also serve the fertilizer industry, bringing further benefits to the country and eventual savings to the economy. Minister Abbasi has calculated the overall savings to the economy from importing and storing LNG to be used in power generation and industry at $1 billion annually. Fertilizer manufacturers have been exempted from sales tax on imported LNG products in effort to stimulate their industry further.

In early September, Prime Minister Nawaz Sharif approved the construction of a second LNG terminal at Port Qasim and directed that it should be completed by the end of 2016 in order to satisfy urgent demand. The second terminal will have a capacity of 500 mmcfd. International Finance Corp. is making an equity investment in the terminal and providing a loan of as much as $20 million, the World Bank affiliate has reported. The project is part of IFC and the World Bank Group’s strategy to mobilize as much as $10 billion in investments to address Pakistan’s power shortage.

The following month, it was announced that the China Petroleum Pipelines Bureau will build a 500 mmcfd LNG terminal in Balochistan province, together with a pipeline that will bring gas from Iran to central Pakistan. Work will commence in November 2015.

“Gas is a cleaner fuel. It is definitely more economical than oil and especially compared to diesel, which power generation companies are using constantly nowadays”

With LNG growing in global importance, Pakistan is one of four new countries to enter the LNG market in 2015, together with Poland, Egypt and Jordan.   “All eyes have turned to LNG as it has emerged as a useful back up resource for diversifying and securing energy supplies. Investment decisions on LNG projects, both firm and pending, were unaffected by the unstable market and went ahead as planned,” according to the International Gas Union’s World LNG Report 2015.

Some 60% of the world’s conventional gas reserves are located in just four countries: Russia, Qatar, Turkmenistan and Iran. However, in terms of exports, the top ranking countries are Qatar, Malaysia, Australia and Nigeria.

A separate report by BG Group, an international LNG company, said that LNG supply has been stalled for the past three years. 2014 saw the start of exports from Papua New Guinea, the 19th nation currently exporting LNG. The two train PNG LNG plant exported its first cargo in May and by July was reported to be producing at a full capacity of 6.9 metric tonnes per annum. However, this new supply from Papua New Guinea was offset by reduced performance from some existing plants.

Jérôme Ferrier, President of the IGU, has stated that there are enough reserves of gas worldwide to prompt a global transition towards a gas-supported sustainable energy system, especially when shale gas is taken into account.

He has made it clear that the world cannot meet its growing energy needs through renewables alone, and if fossil fuels are necessary then natural gas and LNG is the best option.

For proponents of the sector, natural gas should not be equated with polluting fossil fuels such as oil and coal. LNG is widely seen as the cleanest of hydrocarbons with key role to play in efforts to reduce global CO2 emissions, in line with the objectives COP21, the global climate change conference taking place in Paris in December.

A total of 30 ships carrying LNG are expected to arrive in Pakistan in the first year, bringing diversity and security to Pakistan’s energy supply. Power generation from LNG is estimated to increase from 1,800 MW to 3,600 MW by 2017 as a result of this policy shift

The IGU has presented its vision for COP21 in which they promoted greater use of gas in the energy mix. Incoming IGU President David Carroll said,  “Enhanced usage of natural gas is the single most effective way for the world to responsibly reduce emissions. Natural gas provides a proven solution that works in almost any application for all energy uses, is affordable and plentiful around the world.

“Of course COP21 is about carbon reduction, but enhanced gas usage will deliver reductions and materially address the very immediate health issue of air quality by virtually eliminating NOX and SOX pollutants and particulates that contribute to respiratory diseases such as asthma.”

As Mr. Rahman points out succinctly: “Gas is a cleaner fuel. It is definitely more economical than oil and especially compared to diesel, which power generation companies are using constantly nowadays.”

In addition to its emission-reducing role, gas can contribute to world peace, Mr Ferrier believes. This is because gas is a “longer-term business” than oil. “It requires physical infrastructures, be it pipelines or LNG trains, which connect buyers and sellers over a longer period. It is also more capital intensive: these projects easily cost tens of billions. So there is a common interest to protect these investments and make them profitable.”

This type of cooperation can be seen in the gas pipelines under construction that will eventually connect Pakistan with Iran, India, Afghanistan and Turkmenistan