PEMEX AND CFE: Not only the biggest, but the BEST

Article - September 15, 2014
Thanks to the Energy Reform, state-owned companies Pemex and CFE will be re-vamped and the door will be open for them to participate in joint ventures with international oil majors 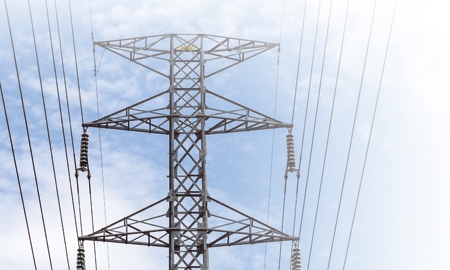 This landmark initiative strengthens each company’s independence and efficiency while widening its scope of activities, with the ultimate goal of reducing energy costs for all Mexicans.

“The most important thing is that this transformation translates into concrete benefits for all families,” President Peña Nieto has said. “Having more gas at a lower cost for electricity generation, as well as more competition in the power sector, will bring down the prices that homes currently pay for electricity and gas.”

Pemex and CFE’s new status will give them greater autonomy, not only in terms of projects but also of budgetary planning and recruitment. “Pemex and CFE will each have a Board of Directors that will operate in compliance with the best international practices of corporate governance and will include independent advisory members,” said Energy Minister Pedro Joaquín Coldwell.

The role of the Mexican federal government in the two companies will be limited to appointing the board members and the Chief Executive Officers, evaluating the overall performance of the companies and their management, and proposing to Congress the sum of dividends that Pemex and CFE should pay to the State. Furthermore, each company will have an examiner chosen by Congress, who will evaluate its performance.

While the Productive State Enterprise status is intended to boost the company’s administrative and overall efficiency, the paramount issue of transparency will be addressed by the proposed monitoring, auditing and regulatory scheme. The first two will be under the supervision of the board of directors’ special auditing committees, made up exclusively of independent advisors and the internal auditing department. The third, related to the internal regulation, will be under the responsibility of the CEOs. However, the pursuit of transparency and accountability does not stop there. Pemex and CFE will be required to disclose certified information under the Mexican Equity Markets Law, just as if they were publicly listed companies.

Pemex sets forth to find partners

Pemex’s modernization aims to create value throughout its operations and management, which will translate into a culture that emphasizes competition and performance, as the company refocuses its business portfolio and looks to enter into productive relationships with third parties.

Pemex’s new paradigm will put it in line with the best-run global firms in the industry, while maintaining its position as the most important oil company in Mexico.

Moving forward, Pemex will collaborate with industry-leading firms from all over the world, drawing on their capital, experience and knowledge in order to explore its unconventional and deepwater reserves, which require the type of large investments and technology that had been difficult to muster under the previous regulatory framework.

“Today, thanks to global technological innovations and exploration projects developed by Pemex, we know that Mexico has the opportunity for new energy growth. We have vast resources in non-conventional deposits, in other words, deepwater fields and shale formations,” the President explained.

“These energy resources, which were previously technically and economically unviable, are the key to the country’s new opportunity,” the President added

One of the government’s main goals is to increase crude oil production, from 2.5 million barrels per day (bpd) in 2013 to 3 million bpd in 2018 and 3.5 million in 2025. Natural gas output, meanwhile, is expected to rise from last year’s 5.7 billion cubic feet per day to 8 billion in 2018 and 10.4 billion in 2025. This will be achieved with the collaboration of new actors in the industry nationwide.

Moreover, Pemex has planned dozens of major projects to be developed in the coming years in different areas within the company, and has already published its forecast regarding the facilities needed to carry out these ventures (see chart).

The Energy Reform will also revamp the power sector, bringing numerous benefits to both private and commercial customers. According to the Energy Ministry, CFE will look to partnerships with qualified private firms, who will contribute their technology and experience to the improvement and expansion of the country’s network of power transmission and distribution, providing “an important tool to address energy losses and improve the efficiency of power distribution.” All of this will ultimately translate into reduced energy costs.

Earlier this year, Dr. Enrique Ochoa Reza, CEO of CFE, pointed out that the average cost of electricity generation in Mexico was 63% higher than in Texas. Dr. Ochoa also highlighted the fact that while distribution losses in OECD countries fell from 9% in 1990 to 6% in 2013 on average, in Mexico they have risen from 12% to 15% over the past two decades.

While new private participation in the power generation sector will expand investment in infrastructure development to help lower costs, it will also step up measures to switch over to less contaminating and less expensive sources.

“With construction of new infrastructure that will allow us to substitute fuel oil with natural gas, we hope to see concrete benefits within two years” said Dr. Ochoa in an interview in August with Notimex, Mexico’s news agency.

One-fifth of Mexico’s installed electricity capacity is fuel oil-based, which is four times more expensive than natural gas and emits 93% more carbon dioxide and more than 1,000 times as much sulfur dioxide. The Energy Reform will favor greater investment in renewable sources such as wind, solar, and geothermal power.

Overall, the Reform envisions that, while the State maintains exclusive control over transmission and distribution networks, as well as the operation of the national electric system, private sector players can freely enter the competitive business of power generation and marketing. Wholesale energy prices will be negotiated freely between the generators, retailers and qualified users, while the State will maintain its authority to establish the rates applicable to basic supply users as well as the corresponding subsidies. Furthermore, an independent system regulator will be created to ensure the transparency and efficiency of the electric power market.

The new model for oil, gas and electricity industries will help Mexico cement its position as a regional and global energy leader with the help of the private sector, while maintaining ownership of hydrocarbon resources. 2014 and 2015 will be years of tremendous historical significance for Pemex and CFE. The oil giant’s CEO, Emilio Lozoya, emphasizes that under the new legislation, “Pemex will not only continue to be the biggest company in the country – it will also be the best”.