The government, through the Armed Forces of the DRC, has regained security in the east of the country, with the neutralisation of rebel groups. Advances in peace and security are the basis of stability and economic growth, and the DRC and its international partners continue to work toward consolidating peace 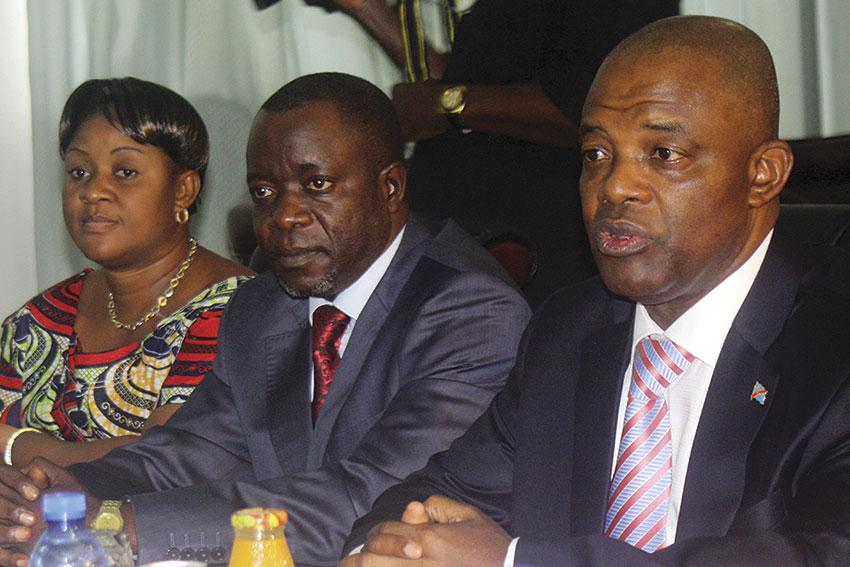 Like many African nations, the DRC has struggled to maintain peace and stability since independence in 1960. But after many years of conflict, the hard-won path to peace has provided the country with socio-political and economic stability, the foundation of growth and prosperity. Even amidst brief flare-ups of violence, citizens can now see stability taking hold and economic activity returning to the eastern part of the country, the region most affected by the conflict.

“The whole of our national territory is now under the government’s protection and control,” says President Kabila, who also points out the challenges of maintaining security and peace across the entire country. “This year, 2016, will be a year of many challenges,” he adds. “From a political perspective, the challenge we must overcome is the consolidation of peace.”

To understand just how important these achievements in national security and sovereignty are, it helps to take a look back at the recent history of instability in the region. Following the 1994 genocide in Rwanda, some 1.2 million Rwandese Hutus — including individuals who had taken part in the genocide — fled to the neighbouring eastern regions of DRC, a multi-ethnic area where Tutsis and other groups lived side-by-side. Since that time, the area developed into a hotbed of conflict involving various armed groups, many of which came from bordering countries.

Following the first liberation war in 1997, in which the Alliance of Democratic Forces for the Liberation of Congo (AFDL) put an end to Mobutu Sese Seko’s 32-year regime, tensions and conflict carried on mainly between the DRC and its allies, against neighbouring Uganda, Rwanda and Burundi. In 1999, the United Nations helped broker the Lusaka Ceasefire Agreement between the warring parties. Signed between Angola, Namibia, Rwanda, Uganda, Zimbabwe and the DRC, the agreement represented the beginning of peace in the DRC. These accords established a UN peacekeeping force in the DRC, known as the United Nations Organization Mission in the Democratic Republic of the Congo (MONUC), later renamed the United Nations Organization Stabilization Mission in the Democratic Republic of Congo (MONUSCO).

Although the relationship has at times become tense, the government and the armed forces of the DRC have steadily worked with MONUSCO and its international partners to achieve the ultimate goal of lasting peace and stability. “There are still a few elements of resistance in the northern part of the North Kivu province; but we will continue our efforts and overcome the obstacles to peace. Currently 95 per cent of the population is in security thanks to Government’s efforts through the DRC’s armed forces,” says Evariste Boshab, Deputy Prime Minister and Minister of Interior and Security. “The reestablishment of peace and security is essential for economic growth and progress.”

In the absence of major instability, the government is looking forward to dedicating more and more of its resources toward the well-being of its citizens and the improvement of the quality of life in the DRC. In addition to working with community leaders and populations in affected areas, the government is working with the United Nations to solidify the country’s hard-won gains and establish a clear exit strategy for foreign peacekeepers. “Effective policies and gradual improvement in governance have led to political and social stability as well as strong economic growth, which, in turn, has created wealth and jobs,” says Prime Minister Augustin Matata Ponyo.